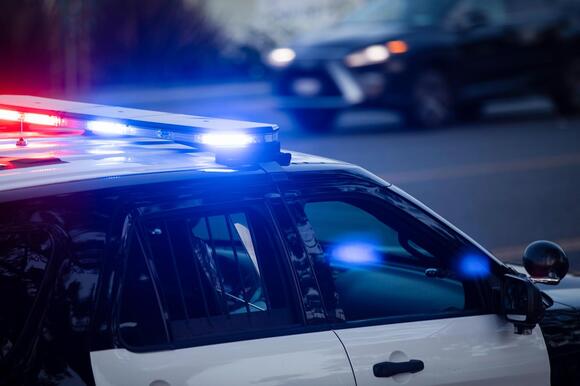 SACRAMENTO COUNTY, Calif. (KTXL) — The Sacramento County Sheriff’s Office announced the arrest of two men in connection with the shooting death of a person in mid-October.

Sheriff’s officials said that Alexander Ketchens, 31, and Reginald Jackson, 22, were arrested on Friday, December 2, and booked into the Sacramento County Main Jail.

The deadly shooting occurred around 4 a.m. on October 12 near the 5500 block of Sky Parkway, close to Florin Road and Highway 99.

At the time, sheriff’s officials said that a person reported an altercation between two adult men that resulted in one shooting the other before fleeing. Deputies that responded found one man dead who had at least one gunshot wound.

Both men are being held without bail and “no suspects are outstanding in this case,” the sheriff’s office said in a statement.

(KTXL) — Officers from the Sacramento Police Department are investigating a homicide near North Natomas, according to the Sacramento Police Department. — Video Above: Winter storm hits the Sierra Police said that officers were investigating in the 1800 block of Club Center Drive Sunday morning. According to police, when officers arrived on the scene they […]
SACRAMENTO, CA・23 HOURS AGO
FOX40

(KTXL) — One man died and two other men were injured in a Stockton shooting that occurred late Saturday night, according to the Stockton Police Department. — Video Above: Winter Storm hits the Sierra According to the police department, officers received reports of a shooting at a business in the 400 block of W. Weber […]
STOCKTON, CA・1 DAY AGO
FOX40

UPDATE Feb. 6 1:10 p.m.: One day after being reported missing, a woman has been ‘safely located,’ Sacramento Police said. The Sacramento Police Department announced on Feb. 5 that they were searching for a missing woman considered ‘at-risk’ who has been missing since Sunday, Feb. 5. •Video Above: 10-year-old dies after being shot in a […]
SACRAMENTO, CA・1 HOUR AGO
FOX40

Pedestrian killed in crash in Yuba County; owner of vehicle turns self in

(KTXL) — One person was killed after being hit by a car in Yuba County early Monday morning, the Yuba County Sheriff’s Office said. Video above: One person pulled from structure fire in Carmichael According to the California Highway Patrol, two pedestrians were walking north along a southbound lane of Forty Mile Road near State […]
YUBA COUNTY, CA・30 MINUTES AGO
FOX40

(KTXL) — One man died and three other men were injured in a shooting that occurred early Sunday morning, according to the Stockton Police Department. — Video Above: Winter storm hits the Sierra Police said that they received reports of a shooting in the 1300 block of W. Fremont Street around 2:16 a.m. on Sunday. […]
STOCKTON, CA・1 DAY AGO
FOX40

UPDATE FEB. 6 1 P.M.: Sacramento Police advised that the missing teenager had been ‘safely located.’ (KTXL) — Sacramento Police are asking for the community’s help in locating a teenager that went missing in early February. •Video Above: Sacramento weather forecast On Feb. 3, police announced that they are searching for 13-year-old Kylie Vang, who […]
SACRAMENTO, CA・1 HOUR AGO
FOX40

(KTXL) — A Stockton Police officer who was under investigation by the San Joaquin County District Attorney’s Office is no longer an employee of the Stockton Police Department. — Video Above: Pursuit of Rancho Cordova homicide suspect ends in shooting According to the police department, Ny Tran was arrested in November 2022, for the suspicion […]
STOCKTON, CA・3 DAYS AGO
FOX40

(KTXL) — A man was killed in a shooting in Stockton on Friday night, according to the Stockton Police Department. The suspect and the 19-year-old victim were in an argument in the 6700 block of Plymouth Road in the Lakeview District when the suspect pulled out a handgun and shot the victim. The 19-year-old was […]
STOCKTON, CA・3 DAYS AGO
FOX40

(KTXL) — On Thursday, Sacramento County Sheriff and Elk Grove Police officials released more details on their respective investigations of the killing of a woman in Rancho Cordova that led to the pursuit of the suspect in Solano and Sacramento County before officials shot the suspect in Elk Grove. Where did the investigation begin? Rancho […]
ELK GROVE, CA・3 DAYS AGO
FOX40

(KTXL) — The person suspected of killing a woman in Rancho Cordova led officers on a chase to Elk Grove, according to the Sacramento County Sheriff’s Office.  The homicide investigation is concentrated on Ramsgate Way, near Mather Field Road, and officials responded around 1 p.m. The 18-year-old woman was pronounced dead at the scene, the […]
RANCHO CORDOVA, CA・4 DAYS AGO
FOX40

(KTXL) — A man was found guilty on Tuesday for the attempted murder of a California Highway Patrol Officer in Yuba County, according to the Yuba County District Attorney’s Office. – Video above: Homicide Suspect Expected to Survive from Officer Involved Shooting Aaron Quinn was found guilty of attempted murder, transporting methamphetamine for sale, reckless […]
YUBA COUNTY, CA・4 DAYS AGO
FOX40

(KTXL) — A 14-year-old boy allegedly stole a vehicle and led Woodland police on a pursuit throughout the city, according to the Woodland Police Department. — Video Above: Pursuit of Rancho Cordova homicide suspect ends in shooting According to police, an officer in Woodland saw a vehicle that had been stolen in Davis and attempted […]
WOODLAND, CA・4 DAYS AGO
FOX40

(KTXL) — An arrest has been made in a July 2022 fire that destroyed the Moore’s Riverboat Restaurant, according to the River Delta Fire District. Rolly “Brian” Byrd was the second arrest made in connection to this fire. In September, Wyatt Tripp was arrested as a suspect of the fire. •Video above: Pursuit of Rancho […]
ISLETON, CA・4 DAYS AGO
FOX40

(KTXL) — A man died in a Suisun City hospital on Wednesday after weeks of being treated for several puncture wounds, according to the Suisun City Police Department. – Video above: San Joaquin Correctional Officer arrested following investigation The man was delivered to the hospital at 5 a.m. on Jan. 15 and police responded to […]
SUISUN CITY, CA・4 DAYS AGO
FOX40

The Latest — Friday, Feb. 3: 2:45 p.m. On Friday, the Sacramento County Coroner’s Office identified the victim as Amarjit Sanghera, 53, of Elk Grove. Original Story Below: (KTXL) — The California Highway Patrol said a person died while trying to cross Highway 99 in South Sacramento Thursday evening.  According to the CHP, the person […]
ELK GROVE, CA・3 DAYS AGO
FOX40

(KTXL) — The Sacramento County Sheriff’s Office said one person was seriously injured in a shooting at Edwin A. Smith Park on Tuesday. Officials said the victim was a 17-year-old male, and his injuries were life-threatening. The sheriff’s office has not said how the shooting happened and did not give a description of the shooter. […]
SACRAMENTO COUNTY, CA・5 DAYS AGO
FOX40

(KTXL) — A fatal collision occurred on Thursday along southbound SR-99 after a man attempting to cross the highway was struck by two vehicles, according to the South Sacramento California Highway Patrol. The collision occurred around 6:51 p.m. when the man attempted to cross the roadway from the east shoulder. On Friday, the Sacramento County […]
ELK GROVE, CA・3 DAYS AGO
FOX40

I-80 in Placer County reopened after fatal collision

(KTXL) — A fatal collision along westbound I-80 on in Placer County on Saturday has forced a closure of the freeway, according to California Highway Patrol Auburn. CHP said that all westbound lanes and the number one eastbound lane have been closed and there is not current estimated time of reopening. – Video above: Travelers […]
PLACER COUNTY, CA・2 DAYS AGO