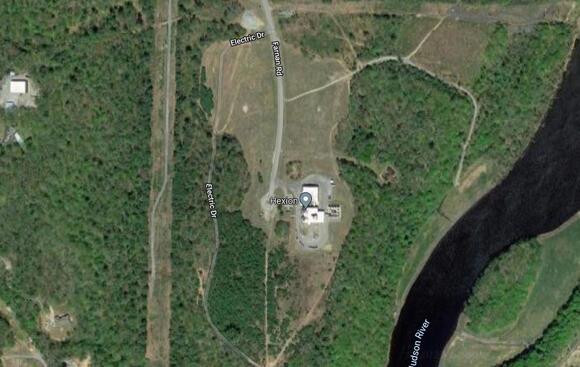 MOREAU, N.Y. ( NEWS10 ) – Northeastern Biochar is set to bring a fertilizer plant to Moreau Industrial Park – despite concerns and protests from the people who will share a community with it. Last week, the company received approval of a required plan designed to – potentially – bridge the gap between the people and the company.

The DEC’s Office of Environmental Justice has OK’d Northeastern Biochar’s Public Participation Plan, a requirement by the state in order to receive air state and solid waste permits, as well as to meet DEC requirements. The oncoming Saratoga Biochar plant will be the subject of public information meetings, to be held as the construction process progresses.

The first of those meetings is set for Monday, Dec. 19, from 6-8 p.m. The meeting will be held virtually, hosted by Baker Public Relations of Albany. It will be held using Microsoft Teams, with public signup available online .

The town of Moreau gave site plan approval to the biochar project in August , after months of back-and-forth between residents concerned with what will be coming into their backyard. Biochar is the name of a process that turns biosolids – the physical waste from wastewater treatment plants – into fertilizer, in a process using pressure and heat. That process releases toxins that get contained and burned – but members of the community at large have voiced their doubts as to the safety of that process.

The public participation plan includes a detailed outline of how the biochar process creates store-ready fertilizer – followed by information about who to talk to about it. The company names co-president Bryce Meeker as its project liaison, to be made available to the public during company business hours.

Another section of the document describes the requirements of the company to reach out to the public. Saratoga Biochar now has both a website and a Facebook page , both of which will act as platforms for information that needs to get out.

Meetings like the Dec. 19 one are also part of that plan. The document states that Northeastern Biochar has attended nine meetings over the span of a year, from August 2021 to August 2022. Each of those meetings was publicly noticed by the Moreau Town Board, and two of them included public comment.

Dec. 19’s meeting will be planned around informing the public as to the state of the project and permits; provide the chance for stakeholders to ask questions; and inform the public on how to provide further comment. It is also promised that another public meeting will come, at a date to be determined following a review of this month’s meeting.

Meetings are good, and getting the word out is better. Information regarding meeting contents will be posted on Saratoga Biochar’s website , as well as in advertisements in the Albany Times-Union newspaper. Meanwhile, fact sheets regarding the project will be created and distributed to sites including Moreau Town Hall, Glens Falls City Hall, Hudson Falls Village Hall, Fort Edward Village Office, Crandall Public Library and Fort Edward Public Library.

Meanwhile, for opponents of Biochar, the fight isn’t over. A drive through South Glens Falls and Moreau can be an easy opportunity to spot signs on lawns declaring “Not Moreau,” a phrase of protest against the plant. Some community members and leaders have voiced concern for the environmental impact of the plant, as well as the traffic impact. The plant would see as many as two dozen trucks per day passing along roads that contain residences with families and, in some cases, children.

In October, the Clean Air Action Network of Glens Falls filed a petition against Northeastern Biochar and the Moreau Planning Board. The petition alleges that the amount of greenhouse gases coming from the plant would be greater than what Northeastern Biochar says, and calls for the New York State Supreme Court to invalidate the town’s declaration that the plant would pose no significant environmental threat to the town of Moreau.

The restaurant industry is ever-changing with restaurants opening, closing, relocating or just doing their thing. Here’s a recap of the latest Capital Region restaurant news from this week, January 30 through February 3.
ALBANY, NY・2 DAYS AGO
NEWS10 ABC

ALBANY, N.Y. (NEWS10)– Governor Kathy Hochul plans on increasing state funding for schools in her 2024 budget. “Our kids are still struggling, our teachers have been though so much. We lost a lot of teachers, so to get our kids back on track, we are going to invest $34.5 billion. The largest school aid increase […]
2 DAYS AGO
NEWS10 ABC

The epicenter of the earthquake was located 1.3 miles east northeast of West Seneca.
BUFFALO, NY・4 HOURS AGO
NEWS10 ABC

The State University of New York is requiring all students to take a diversity, equity, inclusion and social justice themed class before they can earn their diploma.
2 DAYS AGO
NEWS10 ABC

NYSEG reports power outages in the areas of Granville, Hebron, Jackson and Salem for February 4. Washington County deputy director Tim Hardy explains they're in contact with NYSEG who are working to repair the outages.
WASHINGTON COUNTY, NY・2 DAYS AGO
NEWS10 ABC

Report: Love is in the air in the Empire State

According to a report by Bookies.com, many New Yorkers are searching for the perfect Valentine's Day idea.
PENNSYLVANIA STATE・1 HOUR AGO
NEWS10 ABC

Getting a notification from a phone number or email you don't recognize? The New York State Police is warning the public of a recent increase of scams.
ROCHESTER, NY・2 DAYS AGO
NEWS10 ABC

ALBANY, N.Y. (NEWS10) — UAlbany junior Jordan Due says one reason she became interested in meteorology was to overcome her fear of thunderstorms and tornadoes. “The more that I kind of grew up, I realize that oh, I can actually learn more about this, and I realized I wasn’t afraid of them anymore,” Due says. […]
2 DAYS AGO
NEWS10 ABC

PHOENIX (AP) — Kyrsten Sinema won Democrats a U.S. Senate seat from Arizona for the first time in a generation thanks in no small part to unity in her party and division among Republicans. That Democratic unity of 2018 was on display again in the next two election cycles...
ARIZONA STATE・13 HOURS AGO
NEWS10 ABC

Snowmobiler crashes into tree in Somerset

A 17-year-old snowmobiler crashed into a tree in Somerset, Vermont, and was taken to a nearby medical center for non-life-threatening injuries. Police say the crash happened around 1:06 p.m.
VERMONT STATE・20 HOURS AGO
NEWS10 ABC

According to police, the suspect has a history of convictions involving the possession and sale of cocaine and narcotics.
VERMONT STATE・2 DAYS AGO
NEWS10 ABC

Biden says US ‘going to take care of’ Chinese balloon: Here’s how it might happen

President Joe Biden said Saturday that officials are "going to take care" of a suspected Chinese "spy" balloon that's been floating above the U.S. for days now.
INDIANA STATE・2 DAYS AGO
NEWS10 ABC

After hitting the house, the driver exited the vehicle and fled into the woods on foot.
2 DAYS AGO
NEWS10 ABC