Rare December tropical disturbance pops up in the Atlantic 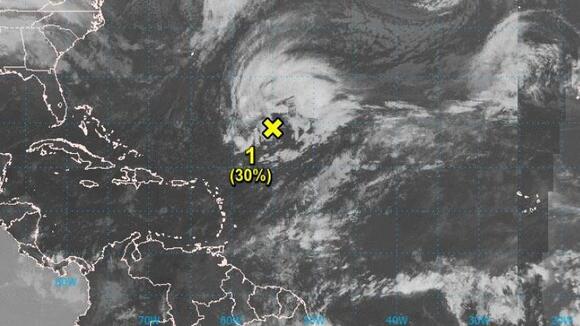 TAMPA, Fla. ( WFLA ) — Although hurricane season is officially over, there’s still a chance we could see another tropical depression or storm in the Atlantic this year.

According to the National Hurricane Center, forecasters are watching a low pressure system that’s producing disorganized showers and thunderstorms about 750 miles northeast of the northern Leeward Islands.

“Environmental conditions appear conducive for this system to acquire some subtropical characteristics while it drifts northeastward during the next few days,” the NHC said.

What are the chances of a holiday hurricane this season?

The system should move over cooler waters either Thursday night or Friday, ending its odds of becoming a subtropical cyclone, the NHC said. It poses no threat to land.

Although the Atlantic hurricane season runs from June 1 through Nov. 30, tropical activity is usually possible through the end of December.

Over the past six years, there have been six tropical storms and one subtropical storm that have developed outside of the Atlantic hurricane season, according to WFLA Meteorologist Amanda Holly.

Only five off-season storms have reached hurricane strength since 1984.

The next named storm of the season would be Owen.

“Owen is likely this week. No threat to land. But if so, 2022 will appear as an above normal season in the history books, even though ACE will stay below average,” said WFLA Meteorologist Jeff Berardelli.

These Western Massachusetts schools closed Friday due to frigid weather

All Springfield and Holyoke Public Schools will be closed Friday due to incoming frigid weather.
HOLYOKE, MA・16 HOURS AGO
WWLP

The man charged in a shooting death at the Holyoke Mall on Saturday had a license to carry (LTC) a gun according to court records.
HOLYOKE, MA・2 DAYS AGO
WWLP

A Springfield man was sentenced to jail in connection with stabbing two people in Northampton.
NORTHAMPTON, MA・2 DAYS AGO
WWLP

Changes are expected for the Eastfield Mall in Springfield. Mayor Domenic Sarno told 22News on Thursday night that additional retail shops are coming for that property on Boston Road as talks continue.
SPRINGFIELD, MA・8 HOURS AGO
WWLP

That massive fire in the North End of Springfield on Saturday night forced a childcare facility to relocate.
SPRINGFIELD, MA・2 DAYS AGO
WWLP

The brutal cold can cause problems for your car.
CHICOPEE, MA・2 DAYS AGO
WWLP

The Holyoke Fire Department was sent to 80 Hitchcock Street for a house fire Wednesday morning.
HOLYOKE, MA・2 DAYS AGO
WWLP

The Hampden District Attorney's Office unveiled a tank top that was found in the Brimfield woods area that may be connected to the Holly Piirainen homicide case.
BRIMFIELD, MA・2 DAYS AGO
WWLP

Freezing temperatures are on the way, which can pose a risk for your home's plumbing.
CHICOPEE, MA・2 DAYS AGO
WWLP

A week after a $31 million ticket was sold in Belchertown, another person won $31 million.
WOBURN, MA・1 DAY AGO
WWLP

Two Springfield officers were struck and killed by a train 83 years ago.
SPRINGFIELD, MA・21 HOURS AGO
WWLP

These Holyoke businesses should not serve or sell alcohol, pending inspections

The City of Holyoke issued an advisory to several establishments that should not be selling or serving alcohol until their liquor license is addressed.
HOLYOKE, MA・16 HOURS AGO
WWLP

The coldest air we've had in nearly 7 years on the way and these bitter cold temperatures can have a drastic impact on your health.
NORTHAMPTON, MA・1 DAY AGO
WWLP

The Westfield Air Show returns in May but something new this year is that parking will not be free.
WESTFIELD, MA・2 DAYS AGO
WWLP

No one injured at fire on Belmont Avenue in Springfield

No injuries after the Springfield Fire Department responded to a kitchen fire around 5 p.m. Wednesday evening at 36 Belmont Avenue.
SPRINGFIELD, MA・1 DAY AGO
WWLP

A man from Heath was sentenced to jail Tuesday after a plea hearing in connection with attacking two friends in 2020.
FRANKLIN COUNTY, MA・2 DAYS AGO
WWLP