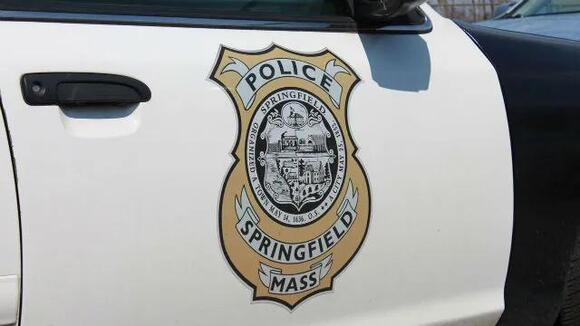 SPRINGFIELD, Mass. (WWLP) – A suspect from Springfield has been arrested following a stabbing at an apartment on School Street where the victim has died Monday morning.

According to Springfield Police Spokesperson Ryan Walsh, an investigation by the Springfield Police Homicide Unit has led to murder charges against 21-year-old Madonya Jones Rodriguez of Springfield. Officers were sent to an apartment on the 0-100 block of School Street for a report of a stabbing victim.

Around 5:40 a.m. on Monday, officers arrested Rodriguez in the apartment, and the victim was taken to Baystate Medical Center where he later died from his injuries. This is still an ongoing investigation that is being conducted by the Springfield Police Homicide Unit with the Hampden District Attorney’s Office.

A Springfield man was sentenced to jail in connection with stabbing two people in Northampton.
NORTHAMPTON, MA・1 DAY AGO
WWLP

Two women, including a juvenile, were injured in a shooting on Suffolk Street early Sunday morning.
SPRINGFIELD, MA・2 DAYS AGO
WWLP

A man from Heath was sentenced to jail Tuesday after a plea hearing in connection with attacking two friends in 2020.
FRANKLIN COUNTY, MA・23 HOURS AGO
WWLP

The man charged in a shooting death at the Holyoke Mall on Saturday had a license to carry (LTC) a gun according to court records.
HOLYOKE, MA・1 DAY AGO
WWLP

A woman has died after being stabbed in Springfield early Sunday morning.
SPRINGFIELD, MA・2 DAYS AGO
WWLP

TIMELINE: How the events occurred in the Holyoke Mall shooting

A Saturday night shooting at the Holyoke Mall left one innocent bystander dead. The suspect in this deadly incident appeared in court for the first time Monday morning.
HOLYOKE, MA・2 DAYS AGO
WWLP

Appleton and Sycamore streets in Holyoke closed due to crash

The Holyoke Fire Department was sent to Appleton and Sycamore Street for a two-car motor vehicle accident on Wednesday.
HOLYOKE, MA・3 HOURS AGO
WWLP

The Hampden District Attorney's Office unveiled a tank top that was found in the Brimfield woods area that may be connected to the Holly Piirainen homicide case.
BRIMFIELD, MA・1 DAY AGO
WWLP

One person was injured in a shooting Friday night at a restaurant on Tyler Street in Pittsfield.
PITTSFIELD, MA・2 DAYS AGO
WWLP

A weekend of violence here in western Massachusetts has left many in our area shaken up. And Monday night, 22News heard concerns from the local community.
SPRINGFIELD, MA・1 DAY AGO
WWLP

The suspect in a deadly shooting at the Holyoke Mall Saturday night has been identified as a 23-year-old Springfield resident.
HOLYOKE, MA・2 DAYS AGO
WWLP

A man was arrested after allegedly violating a restraining order in Russell Monday night.
RUSSELL, MA・1 DAY AGO
WWLP

A former Westfield firefighter was found not guilty Thursday by a jury in Hampden County Superior Court for enticing a minor.
WESTFIELD, MA・2 DAYS AGO
WWLP

The Sturbridge Police Department along with the Massachusetts State Police have located a person who was possibly suicidal and armed.
STURBRIDGE, MA・2 DAYS AGO
WWLP

The 22News I-Team looks at how police are being trained to recognize the difference between real and fake guns.
CHICOPEE, MA・3 HOURS AGO