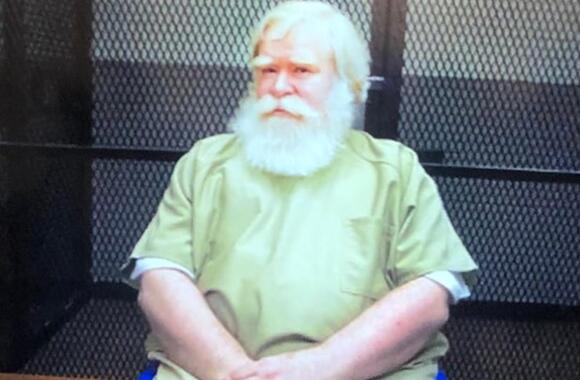 MINEOLA, N.Y. (PIX11) – Richard Cottingham, the jailed serial killer who once claimed he’d killed about 100 women, admitted on Monday to five Long Island murders, four of them from 1972 and 1973.

Cottingham, who was dubbed the “Torso Killer,” was indicted for murder in June after DNA tied him to the 1968 rape and strangulation of Diane Cusick, a 23-year-old mother and dance teacher. Her parents found the woman’s body in the back seat of her white Plymouth Valiant at Green Acres Mall after she failed to come home from shopping.

Cusick was the mother of a 3-year-old daughter, Darlene, who was present in court Monday. She said her late grandparents literally had her step into her mom’s shoes, wiping memories of Diane from home.

Cottingham also confessed to the 1972 strangulations of Mary Beth Heinz and Laverne Moye, three months apart. He said he threw the bodies of both women off a bridge in Rockville Centre.

Cottingham also admitted to fatally stabbing Sheila Hyman in 1973 at home in North Woodmere. He admitted to strangling Maritza Rosada Nieves in July 1973.

Judge Karen Fink sentenced Cottingham to 25 years to life in prison in connection with Cusick’s death. He had an agreement with the office of Nassau County District Attorney Anne Donnelly not to be prosecuted for the other four murders.

Sources: Idaho victim who was killed fought back

Certain details conflict with what the coroner in the case, and police, initially said.
IDAHO STATE・14 HOURS AGO
WWLP

Florida beaches typically rank among the best in America. However, several recently ranked among the most dangerous to visit in the country.
FLORIDA STATE・21 HOURS AGO
WWLP

A new bill would allow prisoners to donate their bone marrow or organs for a reduced sentence. Some are saying it will save lives, others think it's extreme.
MASSACHUSETTS STATE・1 DAY AGO
WWLP

Pawn Stars coming to Massachusetts in search of historical finds

Pawn Stars on the History Channel has announced they will be on the road with two stops in Massachusetts.
MASSACHUSETTS STATE・2 DAYS AGO
WWLP

People in Massachusetts are the loneliest on Valentine’s Day according to Google Trends.
MASSACHUSETTS STATE・1 DAY AGO
WWLP

Only three Massachusetts counties in low risk of COVID-19 infections

Federal officials are invoking an emergency rule to ban lobster and crab trap fishermen from working in Massachusetts Bay over the next three months.
MASSACHUSETTS STATE・3 DAYS AGO
WWLP

Tips to protect yourself against cold weather

Being prepared is your best defense against having to deal with health problems related to cold weather.
SPRINGFIELD, MA・1 DAY AGO
WWLP

Wicked cold this weekend in Massachusetts, warm up coming Monday

22News storm Team Meteorologist Adam Strzempko is working for you on how this cold snap is going to last very long.
CHICOPEE, MA・14 HOURS AGO
WWLP

Hundreds of borrowers across the Commonwealth are expected to be eligible for debt relief and credit repair following a settlement with Toyota Motor Credit Corporation.
MASSACHUSETTS STATE・1 DAY AGO
WWLP

Multiple towns across western Massachusetts are not allowing open burning on Friday due to the extreme cold and wind.
MASSACHUSETTS STATE・20 HOURS AGO
WWLP

State education officials use criteria that allows exclusionary admissions practices at vocational technical schools, leaving behind students of color, English language learners and students with disabilities, according to a new lawsuit filed by a coalition of educational advocacy groups.
MASSACHUSETTS STATE・1 DAY AGO
WWLP

Here are some reports of powerlines and fallen trees coming down in western Massachusetts.
MASSACHUSETTS STATE・12 HOURS AGO
WWLP

Just like people, pets get cold too! The cold tolerance can vary from pet to pet based on their coat, body fat, activity level, and health.
MASSACHUSETTS STATE・1 DAY AGO
WWLP

With service cuts and slow zones still stymying travel on the MBTA, Gov. Maura Healey pledged Thursday that she would "not sugarcoat" the outlook at the agency and pitched her administration as sympathetic to the widespread frustrations felt by riders.
MASSACHUSETTS STATE・1 DAY AGO
WWLP

A week after a $31 million ticket was sold in Belchertown, another person won $31 million.
WOBURN, MA・2 DAYS AGO
WWLP

It's very cold out currently in western Massachusetts, too cold for any activity Saturday morning.
MASSACHUSETTS STATE・44 MINUTES AGO
WWLP

A Wind Chill Watch is in effect for all of western Massachusetts from Thursday night through Saturday.
MASSACHUSETTS STATE・2 DAYS AGO
WWLP

22News Storm Team Meteorologist Adam Strzempko is working for you on what the wind chill is and how it can affect you.
MASSACHUSETTS STATE・1 DAY AGO