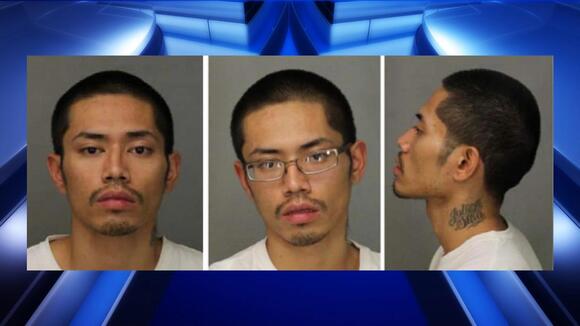 BOSTON (WWLP) – A Dracut man was sentenced in federal court in Boston after robbing three conveniences stored in Lowell and Tewksbury on Christmas Eve in 2020.

According to the Department of Justice, 33-year-old Michael Vangpa of Dracut was sentenced to 150 months in prison and five years of supervised release after pleading guilty to robbing three convenience stores in Lowell and Tewksbury on Christmas Eve.

On July 21st, Vangpa pleaded guilty to three counts of interfering with commerce by robbery and one count of using a firearm in furtherance of a crime of violence. He was sentenced Vangpa to 150 months in prison and five years of supervised release.

some hard-core criminals did a lot more vicious crimes than this guy but got much lesser sentences, so this just doesn't make any sense!

The state police featured a playing card on social media Thursday with the unsolved case of a Ware victim.
WARE, MA・2 DAYS AGO
WWLP

An Army veteran from Florida was sentenced on Thursday in federal court in Springfield for making threatening communications to the Department of Veterans Affairs.
SPRINGFIELD, MA・2 DAYS AGO
WWLP

It was very windy in Brimfield earlier Friday! The winds were strong enough to move a 22News viewer's horse trailer several feet from where it was parked.
BRIMFIELD, MA・1 DAY AGO
WWLP

State education officials use criteria that allows exclusionary admissions practices at vocational technical schools, leaving behind students of color, English language learners and students with disabilities, according to a new lawsuit filed by a coalition of educational advocacy groups.
MASSACHUSETTS STATE・2 DAYS AGO
WWLP

The Holland Police Department says that Sturbridge Road is impassable due to a downed tree, utility pole and electrical wires.
HOLLAND, MA・1 DAY AGO
WWLP

Due to the current weather conditions, flights at Bradley International Airport are being delayed and canceled.
BOSTON, MA・1 DAY AGO