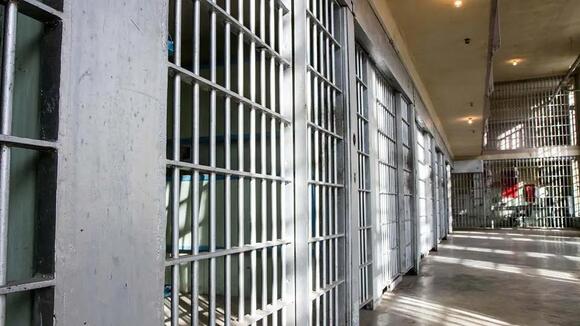 BOSTON (WWLP) – The former vice president and general manager of the New England Compounding Center (NECC) was sentenced to prison in connection with conspiring to defraud the Food and Drug Administration (FDA).

NECC, which no longer exists, was a family-run compounding pharmacy in Framingham. The former vice president and general manager Gregory Conigliaro of Southborough was sentenced to one year in prison and one year of supervised release. He was convicted following a 41-day jury trial of one count of conspiracy to defraud the United States.

The criminal case began in 2014 following a two-year investigation when the Massachusetts facility was charged with a nationwide fungal meningitis outbreak that killed more than 100 people and sickened hundreds. It was traced back to contaminated vials of preservative-free methylprednisolone acetate (MPA) manufactured by NECC.

The indictment did not charge Conigliaro with having any role in the drug manufacturing operations of NECC. It was alleged that Conigliaro conspired with the former co-owner of NECC and head pharmacist, Barry Cadden, and other employees to misrepresent to the FDA and the Massachusetts Board of Registration in Pharmacy that NECC was operating as a pharmacy dispensing drugs only pursuant to patient-specific prescriptions, when, in reality, NECC was shipping drugs in bulk across the nation for over a decade, evading regulatory oversight through fraud and misrepresentation.

Conigliaro and NECC were able to avoid the FDA’s oversight authority and operate in a slipshod, unsafe manner, ultimately leading to a tragic outbreak of fungal meningitis that killed more than one hundred individuals and injured many hundreds more.

“Mr. Conigliaro and his co-conspirators repeatedly made the choice to put their greed over patient safety,” said United States Attorney Rachael S. Rollins. “In turn, nearly 800 patients suffered terribly and over 100 died. Today’s sentence sends a clear message to healthcare executives – if you lie to regulators, the outcomes can be deadly and we will hold you accountable.”

The former co-owner of NECC, Barry Cadden, was sentenced to 174 months in prison and ordered to pay a forfeiture of $1.4 million and restitution of $82 million.

killed more than 100 and sickened even more, one year in jail 🙄 Mhmm, yeah that seems fitting. Sooo... What else was being shipped bulk by them throughout the country 🤔 JSayin.

Prosecution: Woman planned the killings of her 3 children

A Massachusetts woman used exercise bands to strangle her three children in the family home in a well-planned assault while her husband was out for about 20 minutes picking up medicine at a pharmacy and takeout.
DUXBURY, MA・22 HOURS AGO
WWLP

Correspondent Evan Lambert was giving a live report during NewsNation's "Rush Hour" when he was taken into custody.
EAST PALESTINE, OH・52 MINUTES AGO
WWLP

As many as 30 court interpreters are not working this week, saying they haven't received a raise in 17 years and the state needs to pay them more.
MASSACHUSETTS STATE・1 DAY AGO
WWLP

A Massachusetts woman is scheduled to be arraigned from a hospital in the deaths of her three children.
DUXBURY, MA・1 DAY AGO
WWLP

Vermont State Police said law enforcement across Vermont and the U.S. have received calls that report school shootings. None of the threats have been deemed to be credible.
SOUTH BURLINGTON, VT・19 HOURS AGO
WWLP

Two Brookline doctors were charged in a superseding indictment with tax evasion, as well as a conspiracy to defraud the Internal Revenue Service.
BROOKLINE, MA・2 DAYS AGO
WWLP

The Massachusetts State Police arrested a man from Brockton with a suspended license trafficking marijuana after he ran away from the police.
BROCKTON, MA・1 DAY AGO
WWLP

The state police featured a playing card on social media Wednesday with the unsolved case of a Brockton victim.
BROCKTON, MA・23 HOURS AGO
WWLP

Navigating state agencies is not always an easy thing, and it can be more difficult if English is not your first language. A new bill on Beacon Hill is taking on language barriers in public facing state agencies.
MASSACHUSETTS STATE・1 DAY AGO
WWLP

The Commonwealth of Massachusetts has chosen Behavioral Health Network, Inc. (BHN) as one of 20 Community Partners to assist MassHealth members with substantial behavioral health and complicated long-term requirements.
MASSACHUSETTS STATE・1 DAY AGO
WWLP

After tax cuts faced the chopping block last summer and fall, Beacon Hill leaders have been quiet on the topic since taking office for new terms five weeks ago.
MASSACHUSETTS STATE・13 HOURS AGO
WWLP

A fire at a Massachusetts hospital’s electrical transformer forced an undetermined number of evacuations on Tuesday.
BROCKTON, MA・1 DAY AGO
WWLP

Poll Shows Many Undecided About Healey, Or Don’t Know Her

As Gov. Maura Healey's term in office gets underway, 42 percent of Bay Staters have a favorable opinion of her but almost as many people either have not made up their mind about the new governor or have never heard of her, a new MassINC Polling Group survey found.
MASSACHUSETTS STATE・1 HOUR AGO
WWLP

The Pennsylvania Democrat who suffered a stroke during his campaign last year, was hospitalized Wednesday night after feeling lightheaded while attending a Senate Democratic retreat, his office said.
WASHINGTON, DC・2 HOURS AGO
WWLP

Thursday is National Pizza Day and restaurants across the country are rolling out millions for Super Bowl Sunday.
MASSACHUSETTS STATE・2 HOURS AGO
WWLP

Hundreds of thousands of kids didn’t go back to school after worst of COVID, analysis finds

Hundreds of thousands of students around the country disappeared from public schools during the pandemic and didn’t resume their studies elsewhere.
CAMBRIDGE, MA・1 HOUR AGO