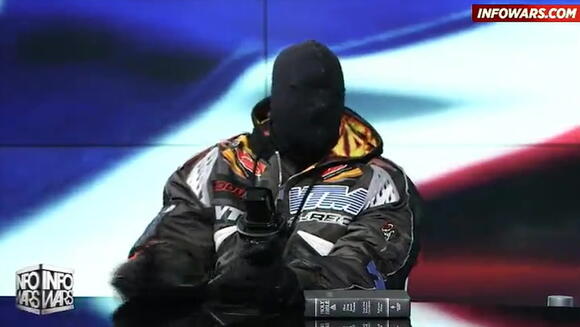 Kanye West resurfaced on Instagram, saying that Elon Musk could be a “half- Chinese ”, genetically engineered clone after the rapper was suspended from Twitter for antisemitic posts.

Mr West, who has formally changed his name to Ye, said in an Instagram post: “Am I the only one who thinks Elon could be half Chinese?”

“Have you ever seen his pics as a child? Take a Chinese genius and mate them with a South African supermodel and we have an Elon,” Mr West said.

The rapper compared Mr Musk to Barack Obama, referring to the bizarre conspiracy theory that the former US president was a clone of an Egyptian pharaoh.

“I say an Elon because they probably made 10 to 30 Elons and he is the first genetic hybrid that stuck..Well let’s not forget about Obama,” he said.

“I’m sorry for using curse words in church but I don’t have another word for Obama yet. YE24 Let’s Unify and find out LUAFO.”

Mr West shared the screenshot of the tweet on his Instagram and said: “It was meant as a compliment my friend.”

Mr Musk suspended West’s Twitter account — just two months after reinstating it — for posting a Nazi symbol inside the Star of David.

The antisemitic rapper posted the Nazi symbol on Thursday night, just hours after he professed “I like Hitler” while joining far-right conspiracy theorist and Sandy Hook denier Alex Jones on his radio show.

On Sunday, the tech billionaire said he wanted to “punch” Mr West after his offensive tweet. He made the remarks in a live Q&A on Twitter Spaces about the “Twitter files”.

“I personally wanted to punch Kanye, so that was definitely inciting me to violence. That’s not cool,” Mr Musk said, responding to a question on how he was going to balance the level of freedom of expression on Twitter.

Mr West, who has been dumped by the likes of Adidas, GAP, and Balenciaga following a string of antisemitic comments, admitted “I like Hitler” during his appearance on the show of right-wing conspiracy theorist Alex Jones on Thursday.

House Speaker Kevin McCarthy was not forthcoming with details after he met with Twitter owner Elon Musk in Washington on Thursday. Mr McCarthy told a gaggle of reporters at the Capitol on Thursday afternoon that he has been friends with the embattled technology entrepreneur for years and that Mr Musk had visited to “wish me a happy birthday.”Mr Musk was in the Capitol to meet with both Mr McCarthy and Democratic leader Hakeem Jeffries about the future of Twitter as the Republican-led House Oversight Committee prepares to hold a hearing into how the company handled a pre-2020 election story...
WASHINGTON STATE・9 HOURS AGO
Business Insider

Ashish Kalsi wrote on LinkedIn he has a two-year-old daughter and was working at Google on an immigrant visa: "The dreaded H-1B countdown has begun."
20 HOURS AGO
Page Six

Amy Robach jets out of NYC after news of another alleged T.J. Holmes affair

She’s getting out of Dodge. Amy Robach was spotted arriving at JFK Airport on Tuesday to catch a flight out of New York City after reportedly getting blindsided by yet another T.J. Holmes affair. The ABC News reporter, 49, was photographed putting on a brave face as she smirked at the paparazzi while entering the airport. At the time, she wheeled a light blue carry-on suitcase while dressed in black leggings, a hoodie, boots and a tan coat with her hair pulled back. Earlier this week, a source claimed to the US Sun that Robach felt like “collateral damage” due to the “scope of...
NEW YORK CITY, NY・2 DAYS AGO
Decider.com

The View can get heated and loud at the Hot Topics table, but an especially unusual noise interrupted yesterday’s broadcast, much to the surprise of viewers and the co-hosts themselves. During a political debate on the Wednesday (Jan. 25) show, Whoopi Goldberg and her View co-stars were interrupted by what can only be described as a fart sound. The flatulent interruption came at a rather inappropriate time as the panel discussed the recent discovery of classified documents in the home of former vice president Mike Pence. While they raised concerns about nuclear secrets floating around outside of the White House (as is rumored...
18 HOURS AGO
Grazia USA

Congratulations are in order for Paris Hilton and husband Carter Reum, who welcomed their first child together. The businesswoman and DJ, 41, announced the news on Instagram, sharing a close-up photo of her baby’s hand wrapped around her finger with a blue emoji. “You are already loved beyond words 💙,” the star captioned the post.... The post Paris Hilton Announces the Birth of Her First Child with a Sweet Photo of Her Baby Boy appeared first on Grazia USA.
LOS ANGELES, CA・1 DAY AGO
The Independent

John Legend has shared his first photo celebrating the arrival of his and Chrissy Teigen’s newborn daughter, Esti Maxine.The singer first announced the birth of his fourth child with Teigen at a private concert on 13 January, before the model shared the news with the rest of the world.In his own Instagram post on Thursday (26 January), Legend shared a photograph of him cradling Esti in his arms as he beams at the camera.He wrote in the caption: “Our new love.”Commenting on her husband’s latest post, Teigen gushed: “Eeee I love her.”The arrival of the couple’s new daughter comes...
16 HOURS AGO
The Independent

A comedian has clapped back at Congressman George Santos after the New York Republican complained about the comedians appearing on late night talk shows to mock him after he was caught in a litany of lies.“I have now been enshrined in late night TV history with all these impersonations, but they are all TERRIBLE so far. Jon Lovitz is supposed to be one of the greatest comedians of all time and that was embarrassing – for him not me! These comedians need to step their game up,” Mr Santos tweeted on Monday night. “Finally!!! You’re honest about something!!!” Mr...
FLORIDA STATE・2 DAYS AGO
The Independent

Britney Spears has asked for privacy after some fans allegedly sent the police to her house to perform a wellness check on her after she deleted her Instagram account.On Thursday (26 January), the 41-year-old singer asked fans for some privacy on Twitter.“As everyone knows the police were called to my home based on some prank phone calls,” Spears wrote. “I love and adore my fans but this time things went a little too far and my privacy was invaded.“The police never entered my home and when they came to my gate they quickly realised there was no issue and...
3 HOURS AGO
The Independent

Novak Djokovic’s father has insisted he was unwittingly caught up in a pro-Russian demonstration at the Australian Open but has decided not to attend his son’s semi-final against Tommy Paul.A video on a Russian activist’s YouTube channel emerged on Thursday showing Srdjan Djokovic standing with a man holding a Russian flag with Vladimir Putin’s face on it and wearing a t-shit bearing the Z symbol that demonstrates support for the war in Ukraine.In a statement released by the tennis star’s representatives, Mr Djokovic senior said: “I am here to support my son only. I had no intention of causing such...
2 HOURS AGO
The Independent

A Brazilian individual claiming to be Rep George Santos’ ex-boyfriend appeared on CNN and said that Mr Santos only ever cared about “fame and power” and that he expects him to continue to reject calls for his resignation. Pedro Vilarva has previously said that he entered into a romantic relationship with Mr Santos in 2014 when he was just 18 years old and the future Congressman was 26 — and that their relationship was full of dishonesty on Mr Santos’ part.The Republican, elected to the US House in November and sworn in earlier this month, is facing an avalanche...
7 HOURS AGO
The Associated Press

This photo gallery highlights some of the most compelling images made or published by Associated Press photographers in Asia and Pacific. The gallery was curated by AP photo editor Hiro Komae in Tokyo. Follow AP visual journalism:. Instagram: https://www.instagram.com/apnews. AP Images on Twitter: http://twitter.com/AP_Images. AP Images blog: http://apimagesblog.com.
23 MINUTES AGO
The Independent

The return of the Donald Trump baby blimp, the huge inflatable depicting the former US president in a nappy and clutching a mobile phone, has begun with a test inflation by the Museum of London.A conservation analysis of the blimp has led staff at the museum, its “final resting place” after it took to the skies above Parliament Square during protests over Mr Trump’s state visit to the UK in June 2019, to blow the balloon up once again.It was gifted to the museum in January 2021 and specialist manufacturers have inflated it to check if it is structurally sound,...
1 DAY AGO
The Independent

Drew Barrymore criticised the Razzies for nominating 12-year-old Firestarter actor Ryan Kiera Armstrong in the Worst Actress category.The parody awards group, which famously recognises films and performances they feel are the worst of the year, issued a public apology to Armstrong and confirmed her removal from the “final ballot” after her nomination drew intense backlash.Barrymore was a child actor herself and even starred in the 1984 iteration of Firestarter when she was nine years old.“I don’t like it,” Barrymore said of the nomination on CBS’s Talk of the Table on Thursday (26 January).“Because she is younger and it is...
7 HOURS AGO
The Independent

JANUARY 20 - 26, 2023This photo gallery highlights some of the most compelling images from North America made or published by The Associated Press in the past week.The selection was curated by AP photo editor Patrick Sison in New York.Follow AP visual journalism:Instagram: https://www.instagram.com/apnewsAP Images on Twitter: http://twitter.com/AP_ImagesAP Images blog: http://apimagesblog.com Read More Ukraine war’s heaviest fight rages in east - follow liveCharity boss speaks out over ‘traumatic’ encounter with royal aide
NEW YORK STATE・6 HOURS AGO
The Independent

The chief executive of the Holocaust Educational Trust has described the “challenge” that disinformation on social media poses, 78 years after the liberation of Auschwitz, warning “ignorant and hateful” conspiracies can be found “at the click of a button”.Karen Pollock spoke to the PA news agency about navigating social media and the trust’s approach to online content ahead of Holocaust Memorial Day on Friday January 27, noting social media can be both a conduit for Holocaust denial and a means to educate people.“We’ve got so many challenges merging or coming together at the same time – you have the danger...
8 HOURS AGO