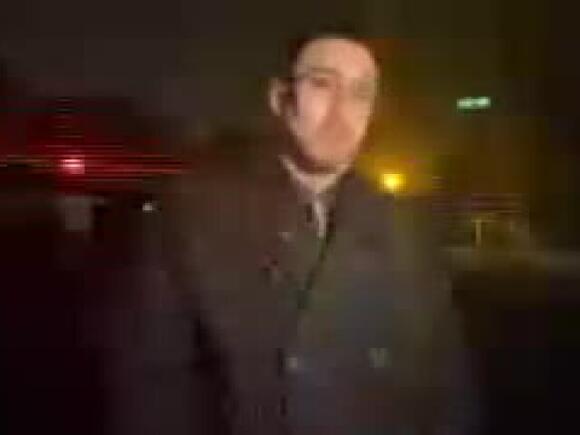 The Tucson Police Department is investigating an officer-involved shooting which happened just after 8 p.m. on West Rillito Street, near Oracle and Grant.

Police say a little after 7 Sunday night officers responded to calls of an aggravated assault. During their investigation, they found an adult male suspect was armed.

“Officers located that residence, made announcements for that suspect to exit. Ultimately the suspect did exit the residence. Officers discharged their firearm, striking the suspect. He was pronounced deceased at the scene," Sergeant Richard Gradillas said.

Gradillas told KGUN 9 no officers were harmed in the incident.

The Pima Regional Critical Incident Team responded to the scene and are investigating the criminal portion of the shooting.

Officers and detectives from the office of professional standards are conducting an internal investigation, which is standard for all shootings involving a law enforcement officer.

——-
Andrew Christiansen is a reporter for KGUN 9 . Before joining the team, Andrew reported in Corpus Christi, Texas for KRIS6 News, Action 10 News and guest reported in Spanish for Telemundo Corpus Christi. Share your story ideas with Andrew by emailing andrew.christiansen@kgun9.com or by connecting on Facebook , or Twitter .

Well if you wanna come out armed and not obey their commands, then that's what you get. Cops see those you tube videos to, they don't wanna be that cop that gets killed, they wanna go home.

Good, do you want to be out there playing bad boy with a gun come up against the police and you get what you get it is what it is

Josue Lopez Quintana, the man who provided a key component to a gun used in a Tucson shooting last year has been sentenced to three years probation, following his guilty plea.
TUCSON, AZ・18 HOURS AGO
KGUN 9 Tucson News

Police: Carrington College goes on lockdown due to gun threat

The Carrington College went on lockdown Thursday morning after someone made threats of firing a gun.
TUCSON, AZ・1 DAY AGO
KGUN 9 Tucson News

On February 4, 2023, around 9:45 a.m. the Oro Valley Police Department responded to reports of a suspicious package at the Home Depot in Oro Valley.
ORO VALLEY, AZ・31 MINUTES AGO
KGUN 9 Tucson News

On Jan. 28 the Pima County Sheriff’s Department responded to reports of gunshots behind a Walmart. Deputies were working off duty at the Walmart located in the 400 block of
PIMA COUNTY, AZ・4 DAYS AGO
KGUN 9 Tucson News

Neighbors who live along Mary Ann Clevelend way are asking for change after a teen girl was hit and killed by a car.
TUCSON, AZ・1 DAY AGO
KGUN 9 Tucson News

Pima County was identified as one of the country’s areas with the highest traffic deaths, so it was given a grant to ensure safety.
PIMA COUNTY, AZ・2 DAYS AGO
KGUN 9 Tucson News

The sisters of a 27-year-old woman who died due to injuries from a crash on January 14th are asking for drivers to be more cautious on the road.
TUCSON, AZ・4 DAYS AGO
KGUN 9 Tucson News

Tucson Police Department says missing15-year-old Cheyanne Garcia has been found safe. Police had been looking for her since Saturday.
TUCSON, AZ・4 DAYS AGO
KGUN 9 Tucson News

Mother grieves after daughter's body was found in suitcase

A mother spoke out after Tucson police found the body of 21-year-old Alexis Ochotorena stuffed in a suitcase on Benson Highway.
TUCSON, AZ・3 DAYS AGO
KGUN 9 Tucson News

USBP arrest smuggler at the Hwy 191