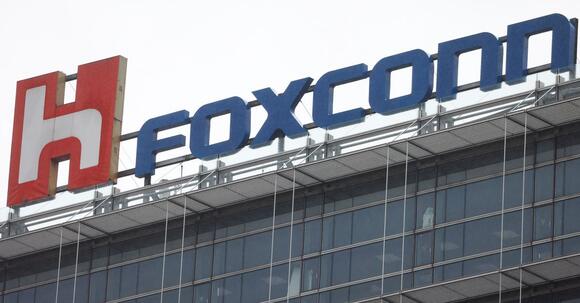 The Zhengzhou plant has been grappling with strict COVID-19 restrictions that have fuelled discontent among workers over conditions at the factory. Production of the Apple (AAPL.O) device was disrupted ahead of Christmas and January's Lunar New Year holidays, with many workers either having to isolate to combat the spread of the virus or fleeing the plant.

Following the November unrest, that saw workers clash with security personnel, Foxconn could have seen more than 30% of the Zhengzhou site's November production affected, Reuters reported last month citing a source familiar with the matter. Foxconn hasn't disclosed details of the impact of the disruption on its production plans or finances.

Analysts say Foxconn assembles around 70% of iPhones, and the Zhengzhou plant produces the majority of its premium models including iPhone 14 Pro.

"The capacity is now being gradually resumed" with new staff hiring under way, said the person with direct knowledge of the matter. The person declined to the named as the information was private.

"If the recruitment goes smoothly, it could take around three to four weeks to resume full production," the person said, pointing to a period around late December to early January.

Foxconn and the local government are working hard on the recruitment drive but many uncertainties remain, according to the source. The person cited "fears" some workers might have about working for the company after the plant was hit by protests last month that sometimes turned violent.

"We are firing on all cylinders on the recruitment," the person said.

A second Foxconn source familiar with the matter said the company is hoping to resume full production "as soon as possible" but was not able to give a timeline.

"The situation has stabilised," the person said, referring to the protests and the government's easing of COVID restrictions. "The local government is actively helping with the resumption."

Foxconn is scheduled to release November revenue after market closed on Monday.

The Taiwanese company said last month it expects a slight decline in fourth-quarter revenues year-on-year for its smart consumer electronics business, which includes smartphones, and significant growth for cloud and network products.

Shares of Foxconn were up 0.5% by midday Monday, in line with the broader market (.TWII).

World should 'calm down' about China COVID variants - Chinese scientist

HONG KONG, Feb 8 (Reuters) - The world should "calm down" about the possibility of new COVID-19 variants circulating in China, leading Chinese scientist George Gao said. A paper by Gao and colleagues published in the Lancet medical journal on Wednesday showed that no new variants had emerged in the initial weeks of China's recent outbreak, after the end of its zero-COVID policy saw a huge wave of cases.
5 HOURS AGO
Reuters

As the new year got underway in China, hopes appeared to be running high that an easing of tensions with the United States could unfold in the months ahead.
1 DAY AGO
Business Insider

China's Foreign Ministry said the craft was a lost civilian balloon, the same explanation it gave for a suspected spy balloon that drifted over the US.
NORTH CAROLINA STATE・2 DAYS AGO
Reuters

BEIJING/WASHINGTON (Reuters) -Beijing on Monday urged Washington to show restraint as the U.S. military searched for remnants of what it believes was a Chinese surveillance balloon it shot down over the Atlantic but which China says was a civilian craft that accidentally drifted astray.
WASHINGTON STATE・2 DAYS AGO
Reuters

'No arrangement' to meet Xi, senior Taiwan opposition leader says as he leaves for China visit

TAOYUAN, Taiwan, Feb 8 (Reuters) - There is "no arrangement" for a meeting with Chinese President Xi Jinping, the deputy chairman of Taiwan's main opposition party the Kuomintang (KMT) said on Wednesday before leaving for Beijing, but added he would follow whatever his hosts set up.
17 HOURS AGO
Reuters

WASHINGTON/BEIJING, Feb 6 (Reuters) - The U.S. Coast Guard on Monday imposed a temporary security zone in waters off South Carolina during the military's search and recovery of debris from a suspected Chinese spy balloon that a U.S. fighter jet shot down.
WASHINGTON STATE・1 DAY AGO
Reuters

Feb 9 (Reuters) - A look at the day ahead in Asian markets from Jamie McGeever. With little on Thursday's Asian economic data docket aside from Taiwanese inflation, investors will take their cue from Wall Street's slide and deluge of Fed commentary on Wednesday, and await some key Chinese indicators in the days ahead.
1 HOUR AGO
Reuters

OTTAWA, Feb 8 (Reuters) - The United Nations' aviation agency on Wednesday forecast global air passenger demand in 2023 will rapidly recover to pre-pandemic levels on most routes by the first quarter and that 3% growth from 2019 levels will be achieved by the end of the year.
2 HOURS AGO
Reuters

WELLINGTON, Feb 8 (Reuters) - The opposition has taken a majority in the assembly of the most populous Solomon Islands province after Daniel Suidani, a vocal critic of the country's relationship with China, lost a no-confidence vote, an adviser to the ousted leader said on Wednesday.
17 HOURS AGO
Reuters

BRUSSELS, Feb 8 (Reuters) - Chinese social media company TikTok is likely to be subject to stricter EU online content rules because its number of active users exceed a threshold set out under the Digital Services Act (DSA), a senior executive at the company said on Wednesday.
5 HOURS AGO
Reuters

RIYADH, Feb 6 (Reuters) - Saudi Arabia has attracted more than $9 billion in investments in future technologies, including by U.S. giants Microsoft (MSFT.O) and Oracle Corp (ORCL.N), which are building cloud regions in the kingdom, a government minister said on Monday.
2 DAYS AGO
Reuters

LONDON, Feb 8 (Reuters) - Some companies in Europe have said they may unwind price hikes introduced in recent years as soaring costs of energy and other raw materials have eased, potentially providing some relief to consumers.
5 HOURS AGO
Reuters

MOSCOW, Feb 8 (Reuters) - Russian consumer demand contracted at its fastest pace in seven years in 2022 and real disposable incomes fell, data released on Wednesday showed, as the country's population felt the effects of its dimming economic prospects.
7 HOURS AGO
Reuters