MileHighHuddle is a FanNation channel covering the Denver Broncos 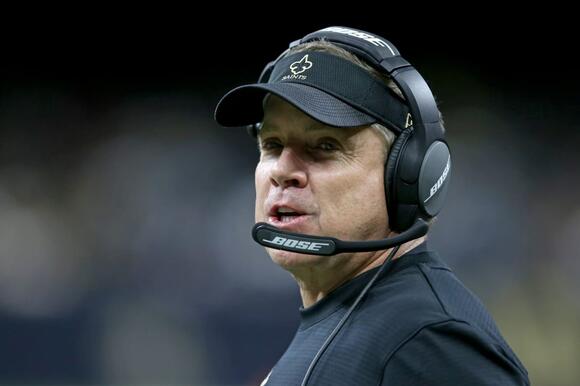 Can the Walton/Penner group make a dent in the NFL universe?

Stick a fork in 'em. The Denver Broncos are done.

At least, in 2022. Kiss goodbye any dim hope of this team making an unlikely, odds-defying, miraculous playoff push.

Sunday's 10-9 loss to the Baltimore Ravens — a game that, despite all odds, the Broncos should have won — only further emphasized the incompetency of head coach Nathaniel Hackett and his staff. Instead of recapitulating all the ways the Broncos were out-coached in Baltimore, let me start this column off with aplomb by saying this:

The Walton/Penner ownership group needs to figure out how to get Sean Payton in Denver.

Forget that the Broncos have botched their last three head-coaching hires. What takes precedence now is getting the right coach in Denver to 'fix' quarterback Russell Wilson.

Denver saddled itself with Wilson by virtue of the five-year, $245 million contract extension given to the veteran quarterback before he ever took a single snap for the Broncos. The absolute soonest the Broncos could feasibly get out of the Wilson contract, without completely torpedoing the team's ability to compete with the NFL salary cap, would be 2024 .

Even then, the Broncos would be significantly crippled in their ability to build a quality roster with all the dead money the team would have to eat by cutting Wilson. And considering that the just-turned 34-year-old has no intention of retiring anytime soon, that means the Broncos have find a coach who can get to the bottom of Wilson's alarming regression and resurrect the nine-time Pro-Bowl version of him.

Will there be other potential offensive saviors to target? Perhaps. But none have the solid-gold resume, Xs and Os acumen, quarterback whispering mojo, and leadership ability of Payton.

The rub, however, is that Payton retired from coaching following the 2021 season, and the New Orleans Saints still own his rights. That means that if the Broncos wanted to target Payton, a few ducks would have to fall in a row.

What happens next for the Broncos? Don't miss out on any news and analysis! Take a second and sign up for our free newsletter and get breaking Broncos news delivered to your inbox daily!

It all sounds terribly discouraging, right? On the surface, too many of the key dominoes that would have to fall for Denver are out of the Walton/Penner group's control.

But maybe not. Payton has remained involved, albeit tangentially, in the NFL world as an analyst for FOX Sports . Thus, we can infer that the football fire still burns somewhere within Payton's heart.

Nothing rings the bell like money. And that's something that the Walton/Penner group has in abundance.

Rob Walton is the 12th-richest man in America and the 19th-richest on the planet Earth, according to Forbes . Walton has the resources to blow the hair back on any potential head-coaching target.

From there, it would be a matter of negotiating with the Saints. The Broncos gave up their first and second-round draft picks in 2022 and 2023 to acquire Wilson from Seattle. But the team gleaned back a first-rounder by dealing Bradley Chubb away to the Miami Dolphins , who gave Denver the pick they acquired from the San Francisco 49ers .

Some additional loot might be required to seal the deal with the Saints, but, again, the Walton/Penner group has the resources to coax Payton out of retirement and placate New Orleans. I'm not saying it's likely — far from it — but it's within the realm of the possible if the Walton/Penner group truly wants to salvage Wilson and finally put a stop to Denver's ignominious head-coaching carousel and six-year streak of losing seasons.

Payton is a former backup quarterback who got his first head-coaching gig in New Orleans back in 2006. He resurrected Brees' career in the aftermath of Hurrican Katrina and within a short span of years, brought the Saints home their first-ever Lombardi Trophy in Super Bowl XLIV.

Payton even made Jameis Winston look like a bonafide franchise quarterback in 2021 after Brees retired. At 57 years old, Payton led the Saints to a 9-8 finish in the team's first season post-Brees, and with Winston as Plan A.

While I'm not certain what NFL tampering rules exist when it comes to a retired NFL head coach, where there's a will, there's a way. I'd guess the Walton/Penner group knows a thing or two about working back channels anyway.

Like the Godfather, the Walton/Penner group should be gearing up to make Payton an offer he can't refuse, because I'm not sure anything short of that could bring Wilson — and thus the Broncos — back from the brink of extinction.

Get your Broncos tickets from SI Tickets HERE !

he left new Orleans because he didn't want to try to rebuild a team with no cap room to work with. I doubt he is chomping at the bit to fix the mess the broncos have become

Patrick Mahomes' wife, Brittany, wants all the smoke.  Brittany, who's never been afraid to speak her mind on social media, just posted a message for the Bengals.  Hint: It's not very friendly.  "Cancun on 3," she said on Twitter.  "Cancun on 3" has become a trendy phrase in the ...
CINCINNATI, OH・9 HOURS AGO
MileHighHuddle

The Walton/Penner ownership group started this head-coaching search off on the wrong foot.
DENVER, CO・14 HOURS AGO
Athlon Sports

Bengals coach Zac Taylor has every right to be furious with the AFC Championship Game's officiating crew.  Cincinnati was hosed on several atrocious calls during the game, especially during the second half.  However, Taylor didn't even mention the refs during his postgame interview.  ...
CINCINNATI, OH・10 HOURS AGO
MileHighHuddle

Broncos' New Ownership on Verge of Striking Out in HC Search

The optics aren't good for the Walton/Penner group.
DENVER, CO・2 DAYS AGO
MileHighHuddle

The Denver Broncos would be wise to hop off the Sean Payton train.
DENVER, CO・1 DAY AGO
MileHighHuddle

Broncos Talking to 'Mystery' HC Candidate: Here's Who it Could Be

Who are these "unknown candidates" the Denver Broncos are talking to?
DENVER, CO・1 DAY AGO
MileHighHuddle

Broncos Country Should be Excited About DeMeco Ryans

What do we know about DeMeco Ryans, the man?
DENVER, CO・2 DAYS AGO
MileHighHuddle

Perhaps the Denver Broncos said, 'It's not you, it's us.'
DENVER, CO・11 HOURS AGO
MileHighHuddle

And round and round we go.
DENVER, CO・2 DAYS AGO
MileHighHuddle

The Denver Broncos could be casting a wider net in an effort to land the right head coach.
DENVER, CO・18 HOURS AGO
MileHighHuddle

There was much to glean from Day 1 at the Shrine Bowl.
DENVER, CO・1 DAY AGO
MileHighHuddle

The Denver Broncos have many holes to fill on the offensive line.
GEORGIA STATE・1 DAY AGO
MileHighHuddle

The Denver Broncos need to upgrade what they have behind Russell Wilson.
DENVER, CO・2 DAYS AGO

MileHighHuddle is a FanNation channel covering the Denver Broncos