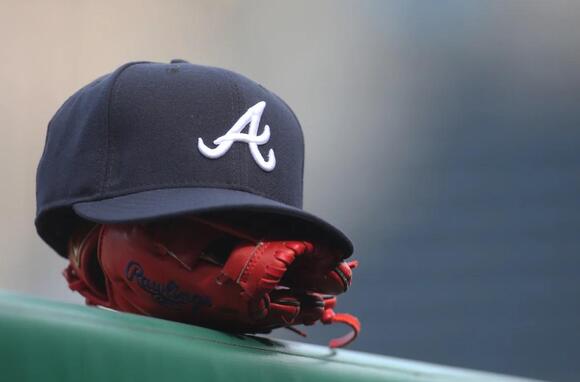 The Atlanta Braves and Oakland Athletics have a history of working out trades with one another. Most recently, Atlanta acquired star first baseman Matt Olson from Oakland in a blockbuster ahead of the 2022 season.

It now looks like the two sides could get together again for another blockbuster. According to Mark Feinsand of MLB.com , the A’s are getting closer to moving Gold Glove catcher Sean Murphy. The report also indicates that Atlanta is “considered the frontrunners” for the star catcher.

Last season saw Travis d’Arnaud get a majority of the action at catcher for a 101-win Braves team. He did well, hitting .268 with a .791 OPS. He’s also 33 years old and in the latter stages of his prime.

There’s a good chance that the Braves view Murphy to be an upgrade behind the backstop while providing a long-term solution. Remember, he’s under team control through the 2025 season.

A player of Murphy’s caliber and age (28) who remains under team control on the cheap for the long-term rarely becomes available on the trade market. Insterestingly enough, he’s available primarily due to the presence of fellow catcher Shea Langeliers in Oakland. The youngster was acquired from Atlanta in the aforementioned Olson blockbuster.

What does this mean? Oakland is not going to sell Murphy on the cheap. The rebuilding team will likely demand a top-five prospect and change in return.

Someone like No. 2 prospect, pitcher Jared Shuster, would make a ton of sense for Oakland. The former first-round pick out of Wake Forest split time between Double-A and Triple-A a season ago. He should be ready for the Majors in 2023.

As for Murphy and what he’d bring to the table in Atlanta, we’re talking about a 2021 Gold Glove winner who also boasts 20-plus home run power.

While this year’s NBA trade deadline could be quieter than years past, the New York Knicks and Utah Jazz are
SALT LAKE CITY, UT・10 HOURS AGO
Sportsnaut

If the massive divide between the Baltimore Ravens and superstar quarterback Lamar Jackson were to continue to be insurmountable, there
BALTIMORE, MD・8 HOURS AGO
Sportsnaut

The Minnesota Twins are bringing back All-Star right-hander Aaron Sanchez on a minor league deal after he pitched in eight
MINNEAPOLIS, MN・1 HOUR AGO
Sportsnaut

MLB spring training 2023: Dates, schedule, locations and everything to know

MLB spring training 2023 means Opening Day is right around the corner. As all 30 MLB teams prepare for the
FLORIDA STATE・2 HOURS AGO
Sportsnaut

The Indianapolis Colts coaching search is one of the longest in NFL history, but interim coach Jeff Saturday reportedly remains
INDIANAPOLIS, IN・1 DAY AGO
Sportsnaut

The Philadelphia Eagles are set to take on the Kansas City Chiefs in Super Bowl LVII after running roughshod through
PHILADELPHIA, PA・2 DAYS AGO
Sportsnaut

Quarterback Stetson Bennett IV will go down as one of the best quarterbacks in Georgia Bulldogs history, winning two national
ATHENS, GA・1 HOUR AGO
Sportsnaut

Like many teams in the Western Conference, the Portland Trail Blazers have flashed signs of being a playoff contender, but
PORTLAND, OR・4 HOURS AGO
Sportsnaut

The Tampa Bay Buccaneers have several decisions to make this offseason after a disappointing 8-9 campaign. Obviously, the focus is
TAMPA, FL・1 DAY AGO
Sportsnaut

Being three games above .500, the Los Angeles Clippers are on track to make the playoffs in the Western Conference
LOS ANGELES, CA・1 HOUR AGO
Sportsnaut

Quarterback Derek Carr is in his final days with the Las Vegas Raiders and as the franchise continues to explore
LAS VEGAS, NV・1 HOUR AGO
Sportsnaut

San Francisco 49ers’ All-Pro Trent Williams not retiring, ‘for sure’ playing in 2023

One of the best left tackles in the NFL will be back in a 49ers uniform next season.
SAN FRANCISCO, CA・41 MINUTES AGO
Sportsnaut

Every year around this time, we hear several wild stories about various Super Bowl bets. Sometimes it’s something ridiculous, like
PHILADELPHIA, PA・5 HOURS AGO
Sportsnaut

Derek Carr had a parting shot for the Las Vegas Raiders as he helped the AFC take a 9-3 lead
LAS VEGAS, NV・1 DAY AGO
Sportsnaut

Surging Bucks set to have stars in fold when Heat visit

The Milwaukee Bucks will shoot for their seventh consecutive win, and first on the season against Miami, when the Heat
MILWAUKEE, WI・1 DAY AGO
Sportsnaut

Throughout the long history of the NFL Championship game, the best Super Bowl QB performances are what often resonate with
4 HOURS AGO
Sportsnaut

The Denver Broncos have not granted permission to the Minnesota Vikings to interview defensive coordinator Ejiro Evero for the same
DENVER, CO・8 HOURS AGO
Sportsnaut