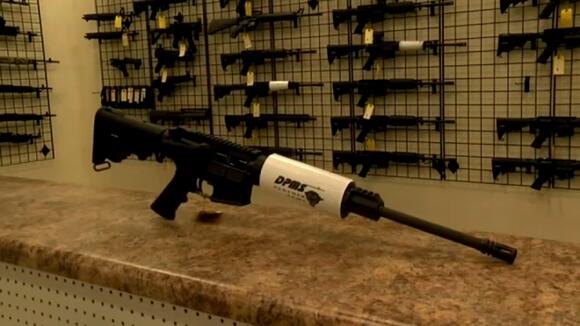 There was a call Sunday on the Department of Justice and Treasury Department to help fight gun trafficking. Senator Kirsten Gillibrand wants the Federal government to start using the new merchant category code for firearm retailers. Until recently, purchases from gun stores and dealers were labeled as 'sporting goods or miscellaneous,' making it impossible for law enforcement to monitor suspicious purchasing patterns. In September, a new merchant code was created for gun retailers. Now, Gillibrand wants the DOJ and treasury department to come up with a way for financial institutions to formally report suspicious activity to law enforcement. Gillibrand says if merchant codes for gun and ammunition stores had been in place, it may have helped law enforcement stop some of our country's worst mass shooting tragedies. ALSO READ | 16-year-old stabbed by another teen inside Staten Island Mall

A 16-year-old was stabbed by another teen after a verbal dispute inside the Staten Island Mall on Friday.

According to the New York Times, between 2007 and 2018, there were 13 mass shootings that killed 10 or more people. Of those 13 shootings, the killers financed their attacks with credit cards in eight of them. ---------- * Get Eyewitness News Delivered * More New York City news * Send us a news tip * Download the abc7NY app for breaking news alerts * Follow us on YouTube

The freshman lawmaker insists he isn't a "criminal" and has said he will leave office if he isn't reelected.
3 DAYS AGO
ABCNY

More than half a dozen local activist groups rallied outside Santos' district office, adding to the chorus of calls for the truth-challenged congressman to resign.
NEW YORK CITY, NY・3 DAYS AGO
ABCNY

In this edition of 'The Countdown,' we learn more about the case of an attempted firebomb attack on a New Jersey synagogue.
BLOOMFIELD, NJ・2 DAYS AGO
ABCNY

In this edition of 'The Countdown,' we dive deeper into the celebration of life ceremony held Wednesday for Tyre Nichols.
MEMPHIS, TN・3 DAYS AGO
ABCNY

When Wallace began to ask questions about his finances, Trump repeatedly invoked the Fifth Amendment and continued to do so for the next several hours.
NEW YORK CITY, NY・4 DAYS AGO