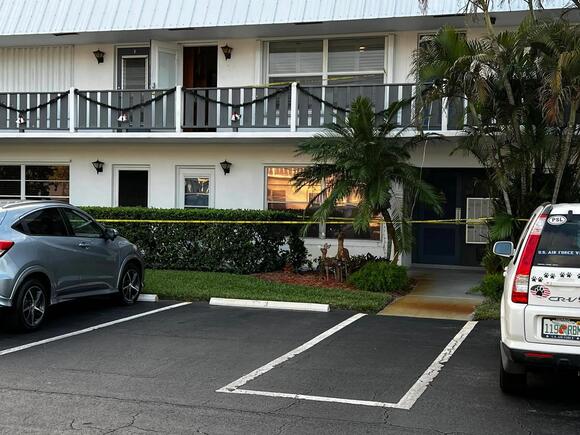 STUART, Fla. (WFLA) — A Florida homeowners association president and her husband were fatally shot by a neighbor over apparent HOA issues on Saturday, according to deputies.

The Martin County Sheriff’s Office responded to a report of two people shot at Cedar Pointe Condominiums in Stuart at 3:18 p.m. Cedar Pointe is a condo complex for retirees.

Sheriff William Snyder told TCPalm the couple – identified as Ginger and Harry Wallace, both age 81 – was found just feet away from their door with gunshot wounds in their chests. Harry was reportedly found clutching his house keys.

TCPalm reported that the suspect, Hugh Hootman, 75, was found in his apartment and surrendered to the SWAT team within 20 minutes of their arrival. He has reportedly been charged with two counts of first-degree murder.

Sheriff Snyder said Ginger was president of the condo complex’s HOA and the couple had gotten into an argument with Hootman in the days prior to the shooting.

“It does appear to us from witness statements that the shooter and Ginger had some disagreement over HOA issues,” Sheriff Snyder told TCPalm. “I don’t know what those were, though.”

oh my goodness, what a shame! HOA has some stupid rules, but I can't wrap my head around anything HOA being so horrible that I would ever kill anyone over it.

A sweet pup is recovering after enduring cruel conditions on a Florida sidewalk.
BOCA RATON, FL・18 HOURS AGO
WFLA

25 Floridians were charged in a wire fraud scheme that federal justice officials say sold thousands of fake nursing licenses across the U.S.
FLORIDA STATE・2 DAYS AGO