Study finds rude behavior on the rise across the globe 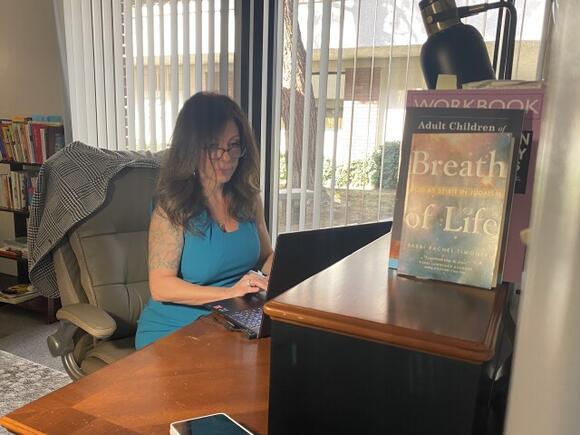 It may be the most wonderful time of the year, but the holiday season may not feel as bright as usual. A new study says rudeness is on the rise.

13 Action News anchor Tricia Kean spoke with Las Vegas locals who say it's true — but each of us can make the difference.

"Where I work, everyone's just fighting and just being pushy," says valley resident Francine.
She says she's worked in customer service for decades, and this is the worst she's ever seen it.

"I think after this pandemic, everyone was sheltered so long, they're coming out and just angry at the world," Francine said.

Local retail worker Felix agrees and says it feels like more and more people are losing their patience these days.

"I think it's due to the fact that people have lost their jobs. Money is tight right now. Prices are increasing, so it's affecting everybody," Felix said.

A new study found that it's a problem across the globe. A Georgetown University professor surveyed people around the world and working in more than 25 different industries. It says rude behavior is on the rise and contagious.

"The definition of rudeness is being uncivilized. Lack of manners. I think sometimes that, in and of itself, can be contagious," says Sandra Raichart , clinical social worker and owner of Executive Therapy Solutions on West Charleston and Rainbow.

She says stress, the pandemic, the economy, war and politics all play a part. The problem is far too many people are responding to rudeness with further bad behavior.

"And so people feel, 'wow, I feel like this person doesn't think I'm worthy of respect and manners,' and then their hurt will go and trigger someone else. They might offend somebody else in their day," Raichart said.

Raichart believes social media is also lending to the spread of abuse.

"With the influx of influencers on social media and the 'you must think like I do.' ...We should be able to feel the freedom to think as we want and not feel ostracized or disrespected for sharing a different point of view," Raichart said.

Attitudes are so bad, 73% of respondents in health care, education, retail and other service industries said it was not unusual for customers to behave badly. And 66% said bad customer behavior toward other customers is more common than it was just five years ago.

Raichart says being kind starts with you.

"Start your day being mindful. Start the day being grateful... I'm going to do something kind for myself or just give myself compassion," Raichart said.

It can be tough, but Raichart says the right frame of mind helps when you're confronted with a bad attitude.

"Rudeness is contagious, and the world actually will get worse if we don't change it. And we really and truly can start to diminish the rudeness by being mindful and reducing our transgressions towards others," Raichart said.

The locals we spoke with agree. Each of us can make a difference.

"Be kind to everybody. Just treat everybody like you're treating your family members at home," Francine said.

"You know what, kindness is contagious, too. If we get more people that are kinder, it's contagious... Conquer it with kindness. A smile goes a lot longer than a frown," Felix said.

13 Investigates has exclusive new evidence, including a confession, from dog sitters who tried to cover up the death of a family's dog in their care.
LAS VEGAS, NV・1 DAY AGO
KTNV 13 Action News

A look at the past and present of the Historic Westside

13 Action News looks at the Historic Westside of Las Vegas, introducing some key people from the past and present, helping to shape the community.
LAS VEGAS, NV・15 HOURS AGO
KTNV 13 Action News

In America, Indigenous women are murdered at a rate 10 times higher than the national average. We spoke to a tribal member offering insight into what they call an "alarming crime trend."
NORTH LAS VEGAS, NV・14 HOURS AGO
KTNV 13 Action News

Soul food is so much more than tasty dishes. It's a cuisine extremely rich in culture, history, and tradition. Shakeria Hawkins explores the history behind this comfort food.
LAS VEGAS, NV・1 DAY AGO
KTNV 13 Action News

A Las Vegas man, Wendell Williams, makes history creating a community event which has grown in size and its impact over the last four decades.
LAS VEGAS, NV・2 DAYS AGO
KTNV 13 Action News

The new president of the NAACP Las Vegas branch comes into the role with a legacy of powerful work behind him, as another incident of police brutality sparks national outcry.
LAS VEGAS, NV・1 DAY AGO
KTNV 13 Action News

If you’re looking to say “I do” in Las Vegas, Clark County just made it really convenient to get your marriage license.
CLARK COUNTY, NV・1 DAY AGO
KTNV 13 Action News

Snoop Dogg — or, DJ Snoopadelic — will be hosting the grand opening and launch of LP Exotics at the Planet 13 SuperStore and Entertainment Complex, according to a news release.
LAS VEGAS, NV・1 DAY AGO
KTNV 13 Action News

MISSING: FBI Las Vegas says 21-year-old has not been seen since mid-January

FBI Las Vegas announced that 21-year-old Zailey Unidad Flores has not been seen since January 12, 2023, claiming to a family member that she was in Mexico.
LAS VEGAS, NV・2 DAYS AGO
KTNV 13 Action News

Workers will be drilling in six different locations at the Mirage Resort this week to determine where exactly to construct the iconic Hard Rock Guitar.
LAS VEGAS, NV・2 DAYS AGO
KTNV 13 Action News

As chairman of the Congressional Black Caucus, Congressman Steven Horsford is working toward building bipartisan support for a comprehensive bill to address the culture of policing.
LAS VEGAS, NV・2 DAYS AGO
KTNV 13 Action News

A courtroom outburst by a man accused of telephoning threats to “shoot up” a southern Nevada synagogue prompted a judge to increase his bail.
LAS VEGAS, NV・1 DAY AGO
KTNV 13 Action News

The trial date for a former Clark County official accused of killing a Las Vegas journalist has been pushed to November from it's original April date, according to court records.
LAS VEGAS, NV・1 DAY AGO
KTNV 13 Action News

A 31-year-old man has been sentenced to 14 years in prison followed by five years of supervised release for his leadership role in trafficking large quantities of methamphetamine to Nevada.
LAS VEGAS, NV・1 DAY AGO
KTNV 13 Action News

The reality of buying a chicken to avoid high egg prices

Max McKee, owner of the McKee Ranch Foundation, said caring for chickens so they can produce eggs can be quite the hassle especially in a city.
LAS VEGAS, NV・7 DAYS AGO