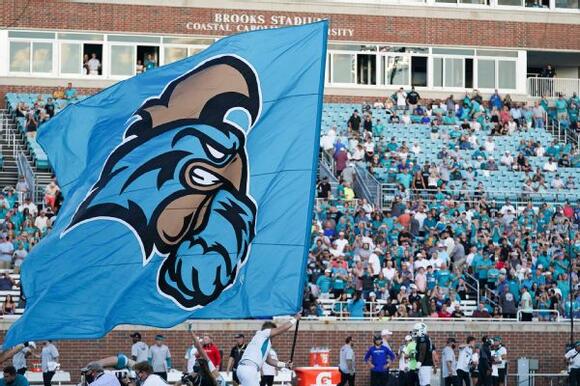 Coastal Carolina is expected to move quickly in its coaching search to replace Jamey Chadwell, with sources telling ESPN that an announcement could come as soon as Sunday afternoon.

Beck would replace Chadwell, who agreed to a seven-year deal to become Liberty 's coach, sources told ESPN on Sunday. Chadwell had turned Coastal Carolina into one of the country's top Group of 5 programs, going 31-6 the past three seasons.

Sources told ESPN that the quick timeline comes from Coastal Carolina officials preparing extensively in each of the past two years to replace Chadwell. By digging in on candidates, school officials did not have to hire a search firm and were able to move swiftly.

Beck has coached numerous top quarterbacks in college football, recruiting Todd Reesing to Kansas and tutoring Joe Burrow in his early years at Ohio State, Sam Ehlinger at Texas and J.T. Barrett at Ohio State. Most recently, Beck worked with Devin Leary , who was one of the country's most productive quarterbacks in 2021, when he threw for 35 touchdowns and five interceptions.

At Nebraska, Beck was a finalist for the Broyles Award in 2012 and 2013. Coastal Carolina would be Beck's first FBS head-coaching job, but he was a high school head coach at three schools for nine seasons.

Beck, 56, brings some familiarity with Coastal Carolina as his daughter, Haylie, played volleyball at the school.

The Hurricanes beat the Bruins on Sunday in a matchup of the teams with the two best records in the NHL, sending Boston to a season-first third straight loss.
RALEIGH, NC・14 HOURS AGO