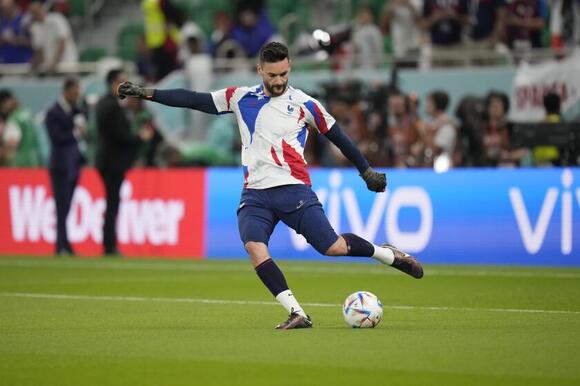 Goalkeeper Hugo Lloris matched France’s national team record of 142 appearances by starting a round-of-16 match against Poland at the World Cup on Sunday.

The 35-year-old Lloris is now tied with Lilian Thuram, the right back in France’s 1998 world champion team.

Lloris lifted the trophy as captain for Les Bleus four years ago. He made his France debut in 2008.

Thierry Henry has the third most appearances with 123.

Lloris aso matched Henry and Fabien Barthez for the most World Cup appearances for France with 17.

France's biggest question going into the Six Nations is: How do you do better than a perfect year
6 HOURS AGO
San Diego Union-Tribune

After seven years under Eddie Jones, England is facing a race against time to adapt to a new coach and a new style of play before the Rugby World Cup begins in September
6 HOURS AGO
San Diego Union-Tribune

Copa America 2024 to be played in the United States

McIlroy snubs Reed, in no mood for reconciliation in Dubai