Big Ten will be leaving one bowl game vacant 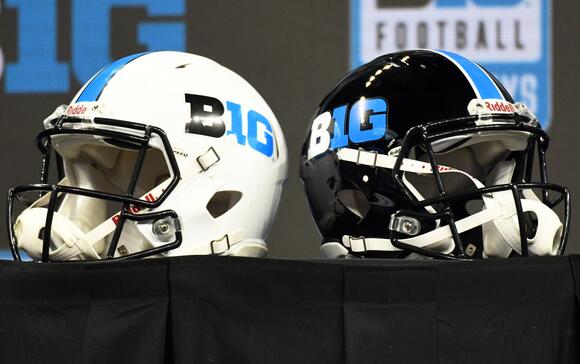 On Sunday the entire bowl game lineup for the 2022 season will be locked in once and for all. And as the bowl games are being filled, the Big Ten could be leaving one of its bowl tie-ins without a Big Ten team. With the Big Ten sending two teams to the College Football Playoff, the Big Ten will not be able to fill all of its bowl slots .

Michigan and Ohio State are both expected to be in the College Football Playoff. Michigan is the lock at 13-0 with the Big Ten championship. Ohio State, at 11-1, needed just a little bit of help over the weekend and may have gotten it from Utah, who knocked USC into the two-loss category in the Pac-12 championship game. With two teams in the playoff, that bumps everyone else in the Big Ten’s bowl lineup up one spot, including Penn State going to the Rose Bowl despite finishing in third place in the Big Ten East this season.

While the Big Ten will certainly not be hurting by not being able to fill all of its contracted bowls, it will be more than making up for it with two teams dipping into the College Football Playoff revenue pool, so it’s a win for the Big Ten anyway.

This is also a win for a team like New Mexico State, an FBS independent that finished the year at 6-6, although two of those wins came against FCS opponents. New Mexico State has already received approval from the NCAA to be bowl eligible, which was needed as only one win against an FCS team can count toward a team’s win total for bowl eligibility without NCAA approval. 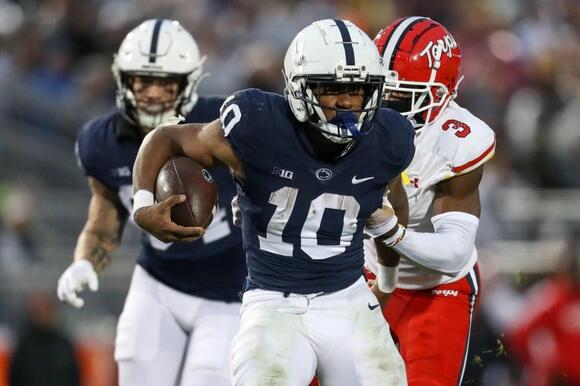 No team with a 6-6 record should be going to ANY bowl game except the toilet bowl maybe.

no that i truly care but they could pick two teams from smaller schools and send them. It could be fun.

The 2023 recruiting class was wrapped up last week with national signing day passing. While a handful of uncommitted recruits remain in that class, everything is just about set in stone. Thus, the vast majority of college football has moved on to the 2024 class. Some are doing better than...
TENNESSEE STATE・1 DAY AGO
USA TODAY Sports Media Group

Colorado wins out over Florida, LSU for blue-chip wide receiver

Florida football missed out on four-star athlete Ju’Juan Johnson on Saturday when the high school junior announced his commitment decision. The 5-foot-11-inch, 178-pound player out of Lafayette (Louisiana) Christian Academy chose the Colorado Buffaloes over the Gators and LSU Tigers — the last schools remaining when he whittled his choices down the final three on Jan. 30.
GAINESVILLE, FL・1 DAY AGO
USA TODAY Sports Media Group

When Lincoln Riley left for USC, one of the big national talking points wondered how well Brent Venables and his staff would perform on the recruiting trail. Riley himself intimated it was going to be easier to build a championship roster at USC. “I’ve walked into four playoffs, and I’ve...
NORMAN, OK・2 DAYS AGO
USA TODAY Sports Media Group

Ohio State defensive tackle Michael Hall Jr. is a massive young man, standing 6 feet, 2-inches, and 290-pounds. He showed flashes of his unique ability this past fall, registering 19 tackles to go along with 4.5 sacks. Unfortunately, injuries held him up from really breaking out, but by scratching the...
COLUMBUS, OH・3 HOURS AGO
USA TODAY Sports Media Group

While Arch Manning will be generating plenty of buzz over the next few years, Peyton Manning’s son, Marshall, is already showing signs of being a team’s future franchise quarterback. As Peyton was preparing as the head coach of the AFC squad in the Pro Bowl games this week—taking...
TEXAS STATE・2 DAYS AGO
USA TODAY Sports Media Group

Patrick Mahomes might be the NFL’s best quarterback, but that doesn’t mean he isn’t human. Despite everything he’s accomplished in his young career thus far, the Kansas City Chiefs superstar has an appropriate perspective about how much further he has to go. During Super Bowl Opening...
KANSAS CITY, MO・1 DAY AGO
USA TODAY Sports Media Group

Michigan football could lead the nation in scoring in 2023

Michigan football truly didn’t have many, if any, weaknesses last season. The Wolverines marched into the College Football Playoff undefeated after winning all of their games with ease — save for maybe Maryland and definitely Illinois. Yeah, the maize and blue were outplayed on the national stage against...
ANN ARBOR, MI・3 HOURS AGO
USA TODAY Sports Media Group

Florida’s quarterback of the future, 2024 five-star Willis signal caller DJ Lagway, might also be a future baseball star for the Gators. Schools recruited Lagway for both sports throughout high school. He picked up baseball offers from well-established programs such as LSU, Oklahoma and Texas A&M before committing to Florida for football, and the assumption is that he’ll end up playing for baseball head coach Kevin O'Sullivan’s squad at some point.
GAINESVILLE, FL・2 DAYS AGO
USA TODAY Sports Media Group

The Alabama football program has been well-represented in terms of its alumni in the NFL. Every year, a former Alabama player is either in the conversation to win MVP or competing to win a Super Bowl. Whatever the case may be, professional success is not uncommon for the crimson and white.
TUSCALOOSA, AL・3 HOURS AGO
USA TODAY Sports Media Group

The Oklahoma Sooners are hoping to be big players in the defensive line market. They’re already in heavy pursuit of five-star DL David Stone, but they’re also working to land the No. 1 defensive lineman in the class, Williams Nwaneri. According to Steve Wiltfong of 247Sports, Nwaneri has...
NORMAN, OK・1 DAY AGO
USA TODAY Sports Media Group

Notre Dame has a vacancy at offensive coordinator after Tommy Rees took the same position on Nick Saban’s Alabama staff in early February. Where will Marcus Freeman and Notre Dame turn for their new offensive coordinator?. Here at Fighting Irish Wire we’ll be giving you a bio and summary...
NOTRE DAME, IN・3 HOURS AGO
USA TODAY Sports Media Group

Texas wants five-star edge Colin Simmons to be part of its 2024 recruiting class. So would presumably every other team in college football. Nevertheless, the Longhorns have one aspect of the elite edge’s recruitment going in their favor. Simmons is a Steve Sarkisian fan. The Duncanville native had the...
AUSTIN, TX・4 HOURS AGO
USA TODAY Sports Media Group

Long gone are the days where freshman sit on the bend biding their time, and Notre Dame is no stranger to that. Just look at a few recent examples, offensive tackle joe alt and cornerback Benjamin Morrison. Both of them had massive impacts for the Irish in their first seasons,...
SOUTH BEND, IN・1 DAY AGO
USA TODAY Sports Media Group

The Bears have seemingly found their franchise quarterback in Justin Fields, and the hope is Fields will help lead Chicago to its first Super Bowl appearance since 2007. When looking at the two quarterbacks going head-to-head in Super Bowl LVII — Patrick Mahomes and Jalen Hurts — there’s every reason to believe that Fields will find himself in a similar situation one day.
CHICAGO, IL・2 HOURS AGO
USA TODAY Sports Media Group

The prodigal son has returned. Michigan football announced on Wednesday that it is hiring former Wolverines recruiting coordinator, linebackers and safeties coach Chris Partridge to the staff, though it did not delineate what his role will be. Most recently, Partridge was the defensive coordinator for Ole Miss, the school he left Michigan for.
ANN ARBOR, MI・2 HOURS AGO
USA TODAY Sports Media Group

For the most part it was an uneventful week for the Pac-12 men’s basketball teams as the calendar flipped to February. UCLA and Arizona continue to take care of business at the top of the standings, while Cal and Oregon State continue to show just exactly how inept the bottom of this conference is at this point in the season. Andy Enfield’s USC Trojans are mounting a nice run right now, pushing themselves further into the NCAA Tournament conversation and likely helping the Pac-12 guarantee at least three teams in the Big Dance. The middle of the conference, spots 4-10, are all pretty...
COLORADO STATE・1 DAY AGO
USA TODAY Sports Media Group

Billy Napier and his staff have been handing out scholarship offers now that Florida football’s recruiting efforts have shifted gears from the 2023 cycle to the future. While the NCAA’s dead period is currently in effect that has not slowed down the Gators on the recruiting trail. One...
GAINESVILLE, FL・4 HOURS AGO
USA TODAY Sports Media Group

We’ve made it through the NFL season and the postseason rounds, making multi-game parlays each week. This time, for the Super Bowl, we’re going to make a parlay out of some of my favorite props. After looking at Tipico Sportsbook’s NFL Super Bowl LVII odds, here’s a “Let’s...
PHILADELPHIA, PA・1 HOUR AGO