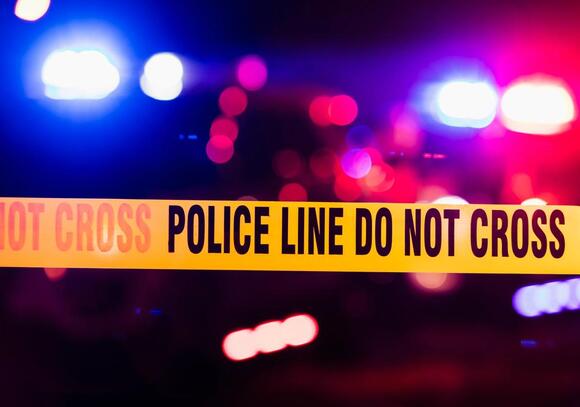 WORCESTER, Mass. (WWLP) – Two people are dead in Worcester after a fatal accident stemming from a police chase and an assault with a gun.

Thanksgiving fire leaves 300 without a home in Worcester

Worcester Police were called to a report of a gun early Saturday morning. At about 12:15 a.m., police talked to two men who said a Toyota Highlander drove past them on Water Street and almost hit them. In doing so, the driver opened the door and pointed a black handgun at one of the men.

Worcester Police pursued the Toyota, finding the car pulled over on Grafton Street. When the driver was ordered out of the car, he turned the car back on and drove off at what officers said was a high rate of speed. Officers attempted to pursue but lost sight of the car.

Shortly after, the Toyota was found flipped and had been in an accident with a Dodge Ram. Police officers assisted the people who were trapped in the Toyota. One person was pronounced dead at the accident and the driver died at the hospital. A black airsoft gun was found in the Toyota. Later, it was determined that the Toyota had crossed the yellow lines, hit the Dodge Ram coming the opposite direction, hit a tree, and flipped.

One man killed after multi-car crash in Springfield

One man has died as a result of a multi-car crash in Springfield early Sunday morning.
SPRINGFIELD, MA・6 HOURS AGO
WWLP

The West Springfield Fire Department was sent to Ballard Truck Center on Sunday for a working fire.
WEST SPRINGFIELD, MA・16 HOURS AGO
WWLP

Brattleboro Road back open after a vehicle fire in Bernardston

The Bernarston Fire Department is currently working on a vehicle fire on Brattleboro Road.
BERNARDSTON, MA・18 HOURS AGO
WWLP

Holyoke Fire went to 50 calls within 24 hours on Saturday

The Holyoke Fire Department was sent to a total of 50 calls for service within 24 hours on Saturday.
HOLYOKE, MA・17 HOURS AGO
WWLP

The Southwick community coming to grips with tragedy Friday night after an infant died when a tree fell onto a car on Route 57.
SOUTHWICK, MA・2 DAYS AGO
WWLP

The Whately Police Department was sent to the intersection of Christian Lane and Chestnut Plain Road for a rollover accident on Friday.
WHATELY, MA・2 DAYS AGO
WWLP

Several departments are investigating after a tree fell on a vehicle on Feeding Hills Road in Southwick Friday afternoon.
SOUTHWICK, MA・2 DAYS AGO
WWLP

Chicopee firefighters were responding to a house fire on Cobb Avenue in Chicopee Saturday afternoon around 2:30 p.m.
CHICOPEE, MA・1 DAY AGO
WWLP

A Springfield man was arrested Thursday after a firearm and hundreds of baggies of suspect heroin/fentanyl were seized from his vehicle.
HOLYOKE, MA・2 DAYS AGO
WWLP

South Hadley firefighters were sent to 105 Lyman Street for a building fire on Saturday.
SOUTH HADLEY, MA・1 DAY AGO
WWLP

A Springfield police officer and firefighter were pallbearers for a woman they helped save.
SPRINGFIELD, MA・2 DAYS AGO
WWLP

The Longmeadow Fire Department was sent to I-91 North for a multi-car accident on Friday.
LONGMEADOW, MA・2 DAYS AGO
WWLP

Crews put out house fire on Carter Dr. in Chicopee

The Chicopee Fire Department spotted a fire on Carter Drive while heading back to the station on Saturday afternoon. Just before 1:30p.m., firefighters noticed the smoke, reporting an active fire.
CHICOPEE, MA・1 DAY AGO
WWLP

In Westfield, two adults and an infant were hospitalized after a tree fell on their car while they were driving.
WESTFIELD, MA・2 DAYS AGO
WWLP

Mountain Road was closed Saturday after a single-car accident

Mountain Road on Route 141 was closed on Saturday after a single-car accident.
EASTHAMPTON, MA・20 HOURS AGO
WWLP

It was very windy in Brimfield earlier Friday! The winds were strong enough to move a 22News viewer's horse trailer several feet from where it was parked.
BRIMFIELD, MA・2 DAYS AGO
WWLP

House flooded due to frozen sprinkler in South Deerfield

The South Deerfield Fire District was sent to Eastern Ave for a fire alarm sounding with a water leak on Saturday.
DEERFIELD, MA・21 HOURS AGO
WWLP

Dwight and Beech streets in Holyoke closed due to accident

Crews are working to clear the area after a two-vehicle accident at Dwight and Beech streets in Holyoke Friday morning.
HOLYOKE, MA・2 DAYS AGO