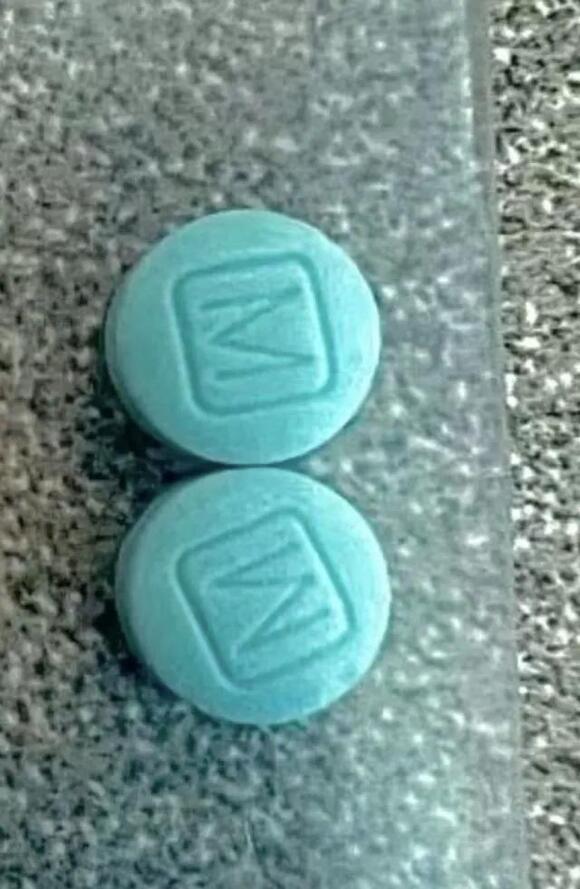 Law enforcement officials in Maryland are cautioning the community to be aware of fentanyl-laced pills that have been making the rounds in the region, leading to at least a pair of fatal overdoses.

The Prince George's County Police Department issued an alert over the weekend about “blue-toned pills with a distinct ‘M’ emblem, which have been described as painkillers, but actually contain fentanyl.

According to the agency, detectives have launched an investigation and are recovering the suspect pills, several of which were tested and contained the dangerous controlled substance.

“These pills are linked to multiple suspected overdoses, including two fatal overdoses,” investigators said. “Toxicology tests are still pending on those cases but at this time, it is suspected that the victims died of fentanyl poisoning.

“The (Prince George’s County Police Department) urges all residents to avoid taking any medication not prescribed to them by a medical professional,” they continued. “We strongly encourage all parents and guardians to immediately talk to their children about this danger.”

Okay. Why is anyone buying painkillers on the street? If your pain is legit get them from a doctor/hospital. Something is wrong with this picture. 😖

An investigation into a police-involved shooting earlier this week in Baltimore County has been launched by the Independent Investigations Division (IID) of the Maryland Office of the Attorney General. On Thursday, Feb. 2, officials announced that the AG’s office has kicked off an extensive investigation into the shooting involving an...
WHITE MARSH, MD・12 HOURS AGO
Daily Voice

A 20-year-old Baltimore man prohibited from having a gun was arrested after hiding a firearm in his vehicle, authorities say. According to Anne Arundel County Police investigators, Kahlil Corey Jones, 20, was pulled over for an equipment violation in the area of Pioneer Drive and Arwell Court in Severn in the early evening of Wednesday, Feb. 1.
BALTIMORE, MD・16 HOURS AGO
Daily Voice

A Bladensburg woman has died following a violent single-vehicle crash, authorities say. Investigation revealed that Michelle Hernandez, 22, was traveling west on Annapolis Road when she lost control of the vehicle for unknown reasons around 8:15 p.m., Wednesday, Feb. 1, according to Prince George's County police. Hernandez veered to the...
BLADENSBURG, MD・12 HOURS AGO
Daily Voice

Detectives from the Montgomery County Department of Police didn’t have to go far to track down a murder suspect who turned himself in and directed investigators right to his dead wife. Dennis Morris Hinnant, Jr., 29, of Silver Spring walked into the Rockville City Police Station and requested to...
SILVER SPRING, MD・14 HOURS AGO
Daily Voice

Officials say that a man with a checkered criminal past has found himself on the wrong side of the law again in St. Mary’s County. The investigation into drug sales throughout the region led the St. Mary’s County Sheriff’s Office to Dimitri Paul Brooks, 27, of Lexington Park, who is facing a host of charges after being busted on Wednesday, Feb. 1.
LEXINGTON PARK, MD・15 HOURS AGO
Daily Voice

The man accused of killing an MTA bus driver in Baltimore who took police on a months-long inter-state chase is back in Maryland to face possible justice.The Baltimore Police Department released a new video of murder suspect Leon Hill, 53, being marched through police headquarters before getting ha…
BALTIMORE, MD・13 HOURS AGO
Daily Voice

New details have been released by the Baltimore County Police Department as they continue to investigate after a woman's body was found behind Lansdowne Middle School earlier this week that was ruled a homicide by detectives.Shortly after 8 a.m. on Tuesday, Jan. 31, members of the Baltimore County …
BALTIMORE COUNTY, MD・10 HOURS AGO
Daily Voice

A teen is recovering after being shot in the hand and in the leg in Baltimore, authorities say. The 17-year-old checked himself into an area hospital after the incident, around 4:30 p.m., Wednesday, Feb. 1, according to Baltimore police. The teen, who had gunshot wounds to his hand and leg,...
BALTIMORE, MD・16 HOURS AGO
Daily Voice

Police are on the lookout for a group of teens after a shooting in Brooklyn, authorities announce. A complaint about shots being fired in the area of 4th Street and Dell Street was made around 8 p.m., Wednesday, Feb. 1, according to Anne Arundel County police. The complaint stated that...
BROOKLYN, NY・16 HOURS AGO
Daily Voice

Police have released pictures of the suspect accused of killing a 25-year-old man at a dollar store in Baltimore, authorities announce.Baltimore police say that the victim, Clarence Adkins, made a purchase inside of The Dollar Plus Store located at 2004 W. Pratt Street, before getting into an argum…
BALTIMORE, MD・1 DAY AGO
Daily Voice

Wakefield High School has been placed into lockdown due to a report of a possible trespasser, according to police.The Arlington County Police Department was called to the school at approximately 1 p.m. on Thursday, Feb. 2 to investigate the incident.The school was placed on lockdown and there is ex…
ARLINGTON COUNTY, VA・14 HOURS AGO
Daily Voice

Three people have been arrested after their alleged involvement in a smuggling scheme into the Anne Arundel County Detention Center, authorities say. Briyanna Nicole Smith, 22, Orlando Marecus Jones, 38, and Elijah James Jackson, 26, were arrested after contraband was caught being smuggled into the detention facility in December 2022, according to Anne Arundel County Police.
ANNE ARUNDEL COUNTY, MD・1 DAY AGO
Daily Voice

A 14-year-old boy has been charged in connection with the shooting of the son of a high-ranking police official from Westchester County. The boy, whose name and address was not provided due to his age, was picked up on Wednesday, Feb. 1 in the Bronx, said the New York City Police Department.
MOUNT VERNON, NY・11 HOURS AGO
Daily Voice

A local couple has been identified as suspects and implicated as the firebugs who allegedly set an expensive house fire in mid-November that has been under investigation for months. Baltimore County resident Noah Larkins, 22, of Nottingham, and Monica Boesch, 24, of Abingdon, are facing arson and other charges after...
HAVRE DE GRACE, MD・12 HOURS AGO
Daily Voice

A man from Lititz was driving under the influence with a blood alcohol level above the highest rate when he hit multiple cars in separate crashes fleeing every time, authorities explain in a release on Thursday, Feb. 2, 2023. Brian Keith Fisher was discovered to be drunk when officers with...
LITITZ, PA・17 HOURS AGO
Daily Voice

Known Racist Convicted Of Spitting On Black Neighbor In DC During Pandemic: Feds

A man with a history of racist tirades against African-American neighbors in Washington, DC, was found guilty of spitting in the face of one during a hate crime at the peak of the COVID-19 pandemic. Gueorgui Iskrenov was found guilty following a three-day trial for bias-related assault in the Superior...
WASHINGTON, DC・13 HOURS AGO
Daily Voice

Attempted Murder Suspect Out On Release Taken Back To Jail After Possessing Gun, Drugs

A Baltimore man out on pre-trial release for an attempted murder case has been arrested after being caught armed with a handgun, which he is prohibited from using, officials say. Witnesses called for help after reportedly seeing an armed Travis William Robinson, 42, acting distraught and intoxicated in the 7400...
HANOVER, MD・1 DAY AGO
Daily Voice

A dead dog and a severely malnourished dog were found on the property of a South Jersey homeowner, authorities said. John Roblin, 50, of Mullica, was charged with two counts of animal cruelty and two coiunds of failing to provide pets with animal shelter, a disorderly persons offense,, according to the Atlantic County Prosecutor's Office.
MULLICA, NJ・15 HOURS AGO
Daily Voice

Police say that a teenage member of the community has been identified as the suspect who made anti-Semitic phone calls to the Jewish Rockville Outreach Center at the beginning of Hanukkah last year. A 17-year-old Montgomery County teenager - whose name will not be released - is facing charges for...
MONTGOMERY COUNTY, MD・9 HOURS AGO