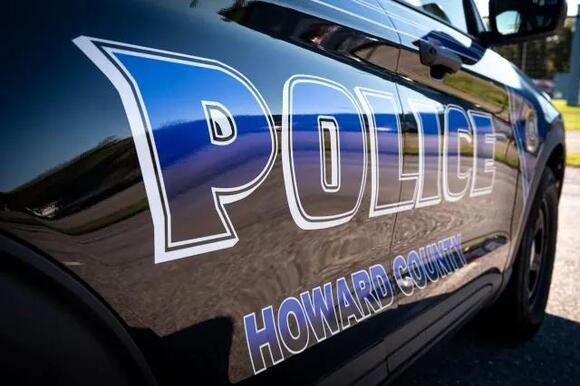 Authorities say that a toddler was killed and six others were injured when a truck rear-ended a car that set off a chain collision crash in Maryland.

According to a police spokesperson, a 2018 Peterbilt truck hauling a tanker was traveling north on Route 29 approaching the ramp for Route 40 when it rear-ended a 2002 Honda Odyssey, setting off the chain-reaction collision that involved two other vehicles.

A 3-year-old passenger in the Honda was pronounced dead at Howard County General Hospital following the crash, according to police. Six others in the three vehicles involved in the crash were also transported to area hospitals with injuries “ranging from serious to minor.”

The cause of the crash remains under investigation. It led to a temporary closure of Route 29 between Route 100 and Route 40 for approximately five hours, according to police.

He rear-ended their car! Not paying attention and coming to fast I bet. That baby didn't need to die, feel bad for her parents 🙏

everybody drives so damn fast over here and most of them drive too close to each other. no cops to be seen anywhere on the highways.

I'm sorry to all the families affected my prayers and thoughts are with you.

A 22-year-old Maryland man was killed after causing a chain-reaction crash that involved multiple vehicles in Washington, DC, police announced on Monday, Feb. 6. Anne Arundel County resident Andy Carino, of Severna Park, has been identified as the driver who was killed late on Friday, Feb. 3 in the 3000 block of 20th Street in Northeast, DC.
ANNE ARUNDEL COUNTY, MD・19 HOURS AGO
Daily Voice

Several passengers are injured after an occupied school bus and SUV collided in Montgomery County, authorities say. The bus and SUV crashed in the area of Randolph Road and Goodhill Road in Glenmont around 3:30 p.m., Monday, Feb. 6, according to Montgomery County Fire and Rescue spokesperson Pete Piringer. After...
MONTGOMERY COUNTY, MD・16 HOURS AGO
Daily Voice

Body Of Woman Found In Suitland Apartment Had Signs Of 'Trauma': Police

A $25,000 reward has been offered in connection to the murder of a 38-year-old Baltimore woman that happened in Suitland, authorities say. Andra Sweeper was found unresponsive with apparent trauma to her body inside of an apartment in the 3300 block of Curtis Drive on the night of Saturday, Feb. 4, according to Prince George's County police.
SUITLAND, MD・16 HOURS AGO
Daily Voice

Two teenage boys have been arrested after they allegedly shot into a group of kids without warning, striking and injuring two other minors, authorities say. The boys, aged 16 and 17 years old, shot a 16-year-old boy and a 17-year-old girl in early January. The 16-year-old suspect was arrested for the Jan. 11 shooting, and the 17-year-old was taken into custody on Friday, Feb. 3, according to Baltimore police.
BALTIMORE, MD・18 HOURS AGO
Daily Voice

A 92-year-old woman died at the scene of a "catastrophic fire" on Monday, February 6, 2023, authorities say. The fire broke out at the home in the 300 block of Thorley Road, Fairview Township sometime before 1:30 a.m., according to multiple releases authorities issued later that morning. The 92-year-old homeowner...
YORK COUNTY, PA・21 HOURS AGO
Daily Voice

A 16-year-old boy was killed in a shooting in Baltimore over the weekend, authorities say. Police have identified Andres Moreno Jr as the victim in the shooting that took place in the 1800 block of East 29th Street around 6:15 p.m., Sunday, Feb. 5, according to Baltimore police. Officers reportedly...
BALTIMORE, MD・21 HOURS AGO
Daily Voice

A group of teens was arrested after a teen whipped out a machete to end a knife fight that had broken out in a Severna Park driveway, authorities say. Gianluca Williams Genovese, 18, Jalen Isaiah Gill, 19, Rana Jawad Hamideh, 19, and a 17-year-old boy were taken into custody after the altercation, that occurred in the 300 block of Riverdale Road on Sunday, Feb. 5, according to Anne Arundel County police.
SEVERNA PARK, MD・17 HOURS AGO
Daily Voice

Police are investigating a fatal crash that killed a Waldorf man, authorities say. Earl Estep III, 40, was identified as the victim in a fatal crash that occurred the night of Saturday, Feb. 4, according to a Prince George's County police spokesperson. Officers located Estep's vehicle after he crashed in...
WALDORF, MD・16 HOURS AGO
Daily Voice

Five people were shot - one fatally in Baltimore over the course of less than 90 minutes overnight as violence in the city continues to cause concerns in the community. The busy night for police began shortly after 11 p.m. on Saturday, Feb. 4, when officers were called to the 1500 block of Medford Road to investigate a reported shooting in the area.
BALTIMORE, MD・1 DAY AGO
Daily Voice

Officials say that am intruder gained unauthorized access to Joint Base Andrews on Monday morning in Prince George’s County. At approximately 11:30 a.m. on Monday, Feb. 6, a man gained unauthorized access to a Joint Base housing area, causing concern for some at the Air Force base, which also largely serves as the home base for Air Force One.
JOINT BASE ANDREWS, MD・10 HOURS AGO
Daily Voice

Two Maryland men are facing charges after being busted with heroin, meth, and crack following a foot chase with officers in Frederick County, according to authorities. The long day for the Frederick County Sheriff’s Office began at approximately 3:20 p.m. on Saturday, Feb. 4. Deputies attempted to locate an...
FREDERICK COUNTY, MD・1 DAY AGO
Daily Voice

A man who unzipped his pants and exposed himself to a Turkey Hill employee is wanted by police. The man entered the store in the 1000 block of Sharp Avenue in Clay Township on Monday, February 6, around 4 a.m., Northern Lancaster Regional police department says. He "unzipped his pants...
CLAY TOWNSHIP, MI・20 HOURS AGO
Daily Voice

One family is displaced after their Gaithersburg home caught fire, authorities say. Officials responded to the scene in the early afternoon of Monday, Feb. 6 after the home on Hutton Street caught fire, according to Montgomery County Fire and Rescue spokesperson Pete Piringer. The fire was contained and under control...
GAITHERSBURG, MD・14 HOURS AGO
Daily Voice

A man was airlifted and a woman rushed to an area hospital following an accident at the Heritage Training and Shooting Center in Frederick County, the sheriff’s office announced. At approximately 1 p.m. on Sunday, Feb. 5, deputies were called to the shooting range on Metropolitan Court to investigate...
FREDERICK COUNTY, MD・1 DAY AGO
Daily Voice

The third time wasn't the charm for a Prince William County teenager who is in custody following a recent rash of private ride robberies in Manassas.A 17-year-old Manassas resident is facing multiple charges following a string of armed robberies in the region that were specifically targeting ride-s…
PRINCE WILLIAM COUNTY, VA・16 HOURS AGO
Daily Voice

Police in Prince George's have released explosive photos as they seek the public’s assistance in tracking down a suspect wanted for arson and for firing shots into a Greenbelt residence. An investigation was launched by the Greenbelt Police Department on Saturday, Feb. 4 following an incident that was caught...
GREENBELT, MD・2 DAYS AGO
Daily Voice

No wonder everybody hates Mondays.First responders in Fairfax County went above and beyond while showing no fear on Monday morning as they came to the rescue of workers who were stuck on scaffolding several stories up on a high-rise building.The Fairfax County Fire and Rescue Department posted shor…
FAIRFAX COUNTY, VA・21 HOURS AGO
Daily Voice

Nine men have been charged for their roles in a criminal gang and operating an open-air drug market that operated throughout Baltimore City, according to Attorney General Anthony Brown. Brown announced the indictments of nine men for their role in the gang, as well as one member who is wanted...
BALTIMORE, MD・13 HOURS AGO
Daily Voice

Middle school students in Charles County kept the sheriff’s office busy on Monday as deputies responded to a pre-planned fight and busted a teen with a knife while on campus, authorities say. The long day for members of the Charles County Sheriff’s Office began early on Monday, Feb. 6...
CHARLES COUNTY, MD・14 HOURS AGO