Cliff Emmich of ‘Payday,’ ‘Little House on the Prairie’ dies after battle with lung cancer 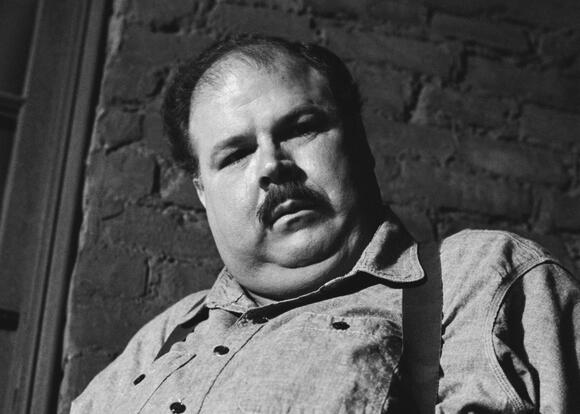 (WFLA) — Actor Cliff Emmich died in his Los Angeles home Monday at the age of 85, according to news reports.

Emmich’s IMDB page said the LA-born character actor began studying at the Pasadena Playhouse after serving in the Air Force as a photo technician.

While his first role was in the movie “Gally Gally,” Emmich would become particularly known for his role as Chicago in the 1973 movie “Payday.”

He also starred as John Bevins in NBC’s Little House on the Prairie in the show’s fifth season episode “The Man Inside.”

The Hollywood Reporter said the actor is survived by his nephews Chuck, Mark, and James and his niece, Shirley.

Whether you dread it or welcome it, daylight saving time is fast approaching this year.
FLORIDA STATE・2 DAYS AGO
WFLA

Two children abducted from Missouri were found inside of a Florida grocery store on Wednesday, nearly one year after they disappeared.
HIGH SPRINGS, FL・3 DAYS AGO
WFLA

The Hernando County Sheriff's Office is searching for the person who shot two people in Brooksville on Tuesday night.
BROOKSVILLE, FL・7 HOURS AGO
Insider

A 14-year-old thought she had 'butterflies' from dancing with a boy at winter formal. It was a heart attack.

Ceirra Zeager's heart started racing after a high school dance. What she thought was butterflies was a heart attack.
PENNSYLVANIA STATE・1 DAY AGO
The US Sun

AMERICA'S Got Talent magician Scott Alexander has died after suffering a stroke while working on a cruise ship. Scott's wife Jenny, who appeared on the reality TV show as his assistant, took to Instagram on Monday and informed fans about her husband's sudden death at the age of 52. Alongside...
PENNSYLVANIA STATE・1 DAY AGO
Rooted Expeditions

Woman picks up Hitchhiker who turned out to be an angel, what he said was shocking.

Linda Markowitz tells her story about picking up a man on the side of the road who turned out to be an angel.And what this man said and did was pretty shocking, and the events that followed will make you really question why he was even there.
22 HOURS AGO
WFLA

An 18-year-old woman has made history by winning $48 million after buying a lottery ticket for the first time.
TAMPA, FL・3 DAYS AGO
msn.com

Marine Sgt. Nick Walsh was so in love with his 1991 Ford Bronco that he vowed to pass it down to his own son one day. But those dreams were seemingly shattered. In 2007, Sgt. Walsh was on deployment in Iraq when he was killed by sniper fire. He was only 26. His son, Triston, was just 4 years old at the time.
2 DAYS AGO
WFLA

The family of a Florida Lyft driver who went missing last week said they are now mourning his loss after receiving "unfortunate information."
DELRAY BEACH, FL・18 HOURS AGO
WFLA

Boy who shot teacher allegedly tried to choke another

An attorney for a teacher who was shot and wounded by a 6-year-old Virginia boy says in a legal notice that the first-grader constantly cursed at staff and teachers, chased students around and tried to whip them with his belt and once choked another teacher “until she couldn’t breathe.”
NEWPORT NEWS, VA・1 DAY AGO
WFLA

A man has died after he was struck by oncoming cars while attempting to cross the road on Monday night.
BRADENTON, FL・1 DAY AGO
WFLA

A cat surrendered to a Florida animal shelter for being “too affectionate” has found his forever home thanks in part to a TikTok video shared by the Humane Society of Broward County.
BROWARD COUNTY, FL・1 DAY AGO
WFLA

Hernando County deputies are searching for a missing teenager who disappeared last week while on the way to his school bus.
BROOKSVILLE, FL・1 DAY AGO
WFLA

A Hillsborough County Sheriff's Office cadet was arrested on Tuesday after he was accused of stealing from his former employer.
HILLSBOROUGH COUNTY, FL・5 HOURS AGO
WFLA

Suspect in deadly carjacking identified, believed to be at-large in Tampa

Often, we hear people complain about what garbage collectors don’t pick up. But for Barry and Susie Cort, it’s what they did pick up—by mistake— that has them furious.
DADE CITY, FL・1 DAY AGO