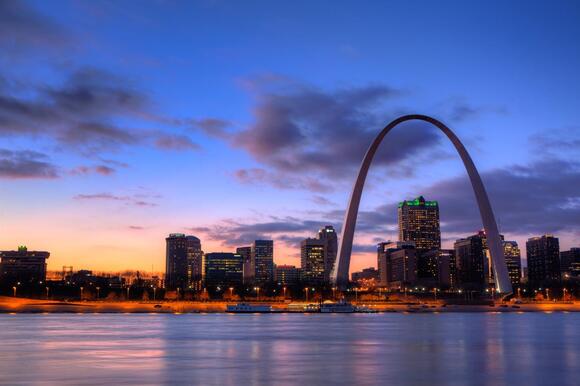 ST. LOUIS – A new documentary explores the growth of the Bosnian community in St. Louis.

Joseph Puelo’s film “A New Home” is now available to stream on Amazon Prime . The documentary introduces viewers to St. Louis’ Bosnian community and examines how thousands of Bosnian War refugees fled and ended up in the Midwest decades ago.

According to national nonprofit Global Gates , St. Louis and Chicago have the two largest U.S. Bosnian populations, both home to between 50,000-70,000 people of Bosnian descent. The nonprofit adds that St. Louis is the only U.S. city with a substantial active ministry for Bosnian residents.

Deed News, a digital publication covering film festivals, explains “When Bosnians fled their homes to escape the war in 1992, many ended up in St. Louis, largely because of its affordable housing and available jobs. The new arrivals began assimilating, starting their own businesses and transforming a once dilapidated South City neighborhood in the shadow of the Bevo Mill into a thriving ‘Little Bosnia.'”

“A New Home” highlights how Bosnian refugees overcame challenges as they settled into St. Louis and embraced a new life. Planning for the film began as early as spring 2021. The film debuted this past summer as part of the St. Louis Filmmakers Showcase and took home honors for Best Documentary and Best Sound (Documentary).

“This documentary was a complete labor of love,” said Puleo via Deed News. “To be trusted with telling the harrowing and triumphant story of the Bosnians in St. Louis was not a responsibility that I took lightly and their courageous resolve inspired me to give this film all I could give. The audience response so far has been overwhelmingly positive and we cannot wait for more people to get the opportunity to see A New Home through Amazon’s portal.”

“ A New Home is a fascinating documentary that I highly recommend,” said former St. Louis Mayor Francis Slay, who is also featured in the film, via Deed News. “I hope everyone in the St. Louis area gets a chance to watch and not only be entertained but learn about their Bosnian neighbors’ struggle for safety and freedom and the lasting impact they have had on our entire region.”

For more updates on the film and how to watch it, click here .

ST. LOUIS – A St. Louis photographer is paying tribute to some iconic Black women in history by using photography and visual art in a unique way. Myrina Renaissance said she started taking pictures with one goal in mind: to honor remarkable women. “From the moment I picked up...
SAINT LOUIS, MO・1 HOUR AGO
FOX2Now

MARYLAND HEIGHTS, Mo. – After keeping the studios and newsrooms of FOX 2 and KPLR spick-and-span for 20 years, longtime employee Rodolfo Gonzalez is set for retirement. FOX 2 thanked Rodolfo for his time with a special sendoff celebration Friday, his final day of work. Many of his close friends gathered Friday and surprised him with cake, cards and a gift basket.
MARYLAND HEIGHTS, MO・6 HOURS AGO
FOX 2

Someone robbed a driver and stole their automobile just before 2 a.m. this morning on Hodiamont Avenue near Ella Avenue in North St. Louis.
SAINT LOUIS, MO・18 HOURS AGO
FOX 2

‘February is the worst’ report from St. Louis goes viral

ST. LOUIS – A return to taco-bout, indeed! Burger King tacos are back at St. Louis-area restaurants for a limited time. After several years off the menu, 52 Burger King restaurants around the St. Louis region will bring back tacos. Some franchises around St. Louis City, St. Louis County and the Metro East already added tacos back to their menus Wednesday.
SAINT LOUIS, MO・1 DAY AGO
FOX 2

ST. LOUIS — A furry critter in a western Pennsylvania town predicted six more weeks of winter after seeing his shadow during an annual Groundhog Day celebration. The St. Louis Arch is getting into the annual weather prediction game too. After seeing its shadow this morning, the national monument shared a poem to Facebook. “Here […]
SAINT LOUIS, MO・1 DAY AGO
FOX 2

This morning, a vehicle collides with a freight train in south Saint Louis. The collision occurred shortly before two a.m. on Graham Street and Manchester Avenue.
SAINT LOUIS, MO・18 HOURS AGO
FOX 2

Lowe said she remembers how urgent and scary that night felt, which is probably how the families of the two officers who were shot Thursday evening felt as well.
SAINT LOUIS, MO・5 HOURS AGO
FOX 2

Looking to brighten up these dreary winter days? The Missouri Botanical Garden’s annual Orchid Show is back after both a Covid and construction hiatus.
SAINT LOUIS, MO・2 DAYS AGO
FOX 2

Missouri beer drinkers ready for Yuengling in the Show Me State

Snow, freezing rain, sub-freezing temperatures—all have been in the forecast. So how is St. Louis CITY SC growing new grass during the heart of St. Louis winter? It is all thanks to science.
SAINT LOUIS, MO・1 DAY AGO
FOX 2

Two St. Louis officers are hospitalized after they were shot late Thursday night in the Soulard neighborhood.
SAINT LOUIS, MO・23 HOURS AGO
FOX 2

The countdown is on for St. Louis City SC and their franchise debut on February 25th in Austin, Texas. The team is back in St. Louis this week after a week in Florida for training camp. The front office of City SC has worked hard to assemble a competitive team for their first season in […]
SAINT LOUIS, MO・1 DAY AGO
FOX2Now

ST. LOUIS – A woman is behind bars after threatening harm at a St. Louis church in a text message that indicated she would make the church go “bye bye.”. Prosecutors have charged Ann Marie Schmidt, 46, of Pevely, with one count of harassment over the threat. The St. Louis Metropolitan Police Department says an undersheriff received a suspicious text from Schmidt, a former member of Victory Church.
SAINT LOUIS, MO・11 HOURS AGO
FOX 2

The doors opened in the Central West End early Friday, in what was once the old Tom’s Bar and Grill off Euclid but is now home to Good Day Farm Dispensary.
SAINT LOUIS, MO・6 HOURS AGO
FOX 2

Tracker: Next stops for the possible Chinese balloon

ST. LOUIS — A massive high altitude balloon passed through the St. Louis area Friday afternoon. It could be a Chinese spy balloon, which officials have warned will pass through the central United States on Friday. It may be approaching Nashville, Tennessee, by this evening. Not only that, but it is visible from a great […]
SAINT LOUIS, MO・8 HOURS AGO