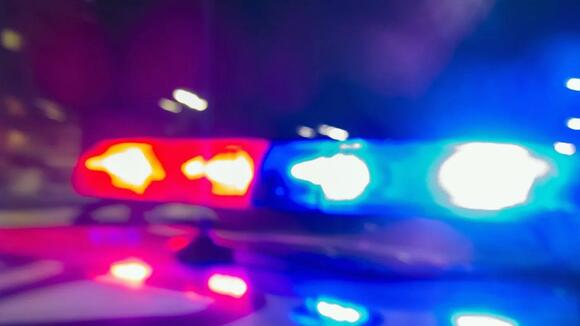 KNOXVILLE, Tenn. ( WATE ) — The driver that was injured after his car was struck in an October crash has died according to a Knoxville Police Department spokesperson.

The crash happened on Sunday, October 23, when a Nissan pickup truck driving at a high speed struck a Ford Fusion, which then hit another car, KPD spokesperson Scott Erland previously said .

The driver of the truck, Amilcar Rony Jeronimo-Sales , 25, allegedly attempted to drive away but was unable to because of damage to his vehicle, then he attempted to flee on foot but was stopped by several bystanders before peacefully returning to the scene, according to the General Sessions Docket.

On Friday, December 2, Erland released that the driver of the Ford Fusion died in early November. He has been identified by KPD as Robert Maupin, 60, of Mooresville, Indiana.

Erland said that Crash Reconstruction Investigators have consulted the District Attorney’s Office of the development in the case.

Previously, Sales was charged with reckless driving, leaving the scene of a crash with injuries, driving without a license, and having no proof of insurance.

1 person dead after ‘serious crash’ in Knoxville on I-75

KNOXVILLE, Tenn. (WATE) — One person has died after being hit by a vehicle in the northbound lanes of Interstate 75 in Knoxville Thursday evening. The Knoxville Police Department said in an update Friday morning that the pedestrian did not have any identification on them and their body was sent to the Medical Examiner’s Office […]
KNOXVILLE, TN・1 DAY AGO
WATE

UPDATE: Escaped inmates Albert Ricketson and Johnny Brown have been captured in Hawkins County, according to the Washington County, Virginia Sheriff’s Office. The two were found hiding in the upstairs part of a barn on Cupp Hollow Road in Rogersville, about four miles from where the vehicle was located Friday morning in Bulls Gap, according to […]
HAWKINS COUNTY, TN・12 HOURS AGO
WATE

MORRISTOWN, Tenn. (WATE) — A Morristown woman is learning how to walk again after a car accident took the life of her unborn child and almost her own life as well.  The accident happened back in December but Brianna Campbell’s life has been forever changed. Campbell grew up in Morristown.  “My mamaw and papa raised […]
MORRISTOWN, TN・1 DAY AGO
WATE

A woman who was drunk driving at 90 miles per hour in the wrong lane has been convicted. Ellen Ashley Authement, 24, was found guilty of Driving Under the Influence 1st Offense.
KNOXVILLE, TN・2 DAYS AGO
WATE

Knoxville Fire investigators are working to determine a cause in an early Thursday morning house fire.
KNOXVILLE, TN・1 DAY AGO
WATE

48 counterfeit checks given to 2 Sevierville locations

Pedestrian dead after crash on I-75 North

ALCOA, Tenn. (WATE) — A man accused of robbing a Louisville bank at gunpoint on Jan. 24 was captured within 2 miles of the bank after crashing his motorcycle and spilling cash near the intersection of Pellissippi Parkway and Alcoa Highway. Richard Desmond Hines, of Blount County, is charged...
BLOUNT COUNTY, TN・1 DAY AGO
WATE

Documents lays out what happened during bank robbery

News Weather Living East TN Sports 🔴 Watch Community Jobs About Us. A man accused of robbing a Louisville bank at gunpoint on Jan. 24 was captured within 2 miles of the bank after crashing his motorcycle and spilling cash near the intersection of Pellissippi Parkway and Alcoa Highway.
LOUISVILLE, TN・1 DAY AGO
WATE

One particular rental company is in hot water after several Knoxville residents say the company has failed to comply with federal regulations.
KNOXVILLE, TN・5 HOURS AGO
WATE

Tennessee leaders speak out after Tyre Nichols' death in Memphis

News Weather Living East TN Sports 🔴 Watch Community Jobs About Us. Political leaders and law enforcement officials in and around Knoxville are sharing statements of shock and heartbreak in the death of Tyre Nichols, who died after a traffic stop by Memphis Police officers. Tennessee leaders speak out...
MEMPHIS, TN・5 HOURS AGO
WATE

10 pounds of Lo Mein tossed during inspection at Dandridge restaurant

As we navigate through the different temperature changes throughout January, take some time to participate in free events in East Tennessee.
KNOXVILLE, TN・18 HOURS AGO
WATE

Free legal advice is at your service in Knoxville

KNOXVILLE, Tenn. (WATE) — If you are needing expert advice and do not know where to turn, look no further. Legal Aid of East Tennessee provides civil-legal defense and representation to those who might need these services more than other including the senior community, victims of domestic violence, and more.
KNOXVILLE, TN・10 HOURS AGO
WATE

More than $2,000 has been returned to an East Tennessee woman whose debit card was stolen last summer. When it was swiped in August, Theresa Baker's card was hacked and money from her online banking account was drained.
KINGSTON, TN・2 DAYS AGO