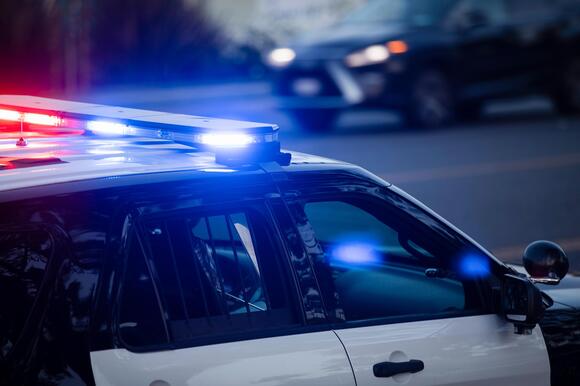 (WJET/WFXP/ YourErie.com ) — A California man was sentenced in federal court Friday for conspiring to distribute cocaine and fentanyl that was found during a Pennsylvania traffic stop.

Gabriel Garcia, 27, a former resident of Los Angeles, California, was sentenced in federal court up to 72 months in prison and three years supervised release for conspiring to distribute cocaine and fentanyl, according to the Western District of Pennsylvania Department of Justice.

According to information presented to the court, on May 26, 2021, a Pennsylvania State Police (PSP) trooper initiated a traffic stop on a 2002 Infinity N35 that had violated the vehicle code for bicycles mounted on its rear which was obscuring the license plate.

It was reported that the PSP Trooper recognized the vehicle, bicycles, and the passenger from an April 2021 traffic stop. It was also found that the vehicle had made three coast-to-coast trips during a five-month period.

Woman charged with stealing over 60 Christmas decorations in Central PA

HARRISBURG, Pa. (WHTM) – Pennsylvania Governor Josh Shapiro signed an executive order he says will improve the Commonwealth’s licensing, permitting, and certification processes. The order creates a comprehensive review of how long it takes agencies to process applications and how workers and businesses apply online. Those impacted include nurses, cosmetologists, and barbers across the state […]
PENNSYLVANIA STATE・8 HOURS AGO
YourErie

The proposed legislation aims to keep traffic moving and prevent drivers from staying in the left-most lane "continuously."
FLORIDA STATE・2 DAYS AGO
YourErie

Two killed in wrong-way collision in Town of Ellicott, one in serious condition

ELLICOTT, N.Y. (WIVB) — Two people have died following a wrong-way collision on I-86, according to New York State Police. Around 6 p.m. on Saturday, Troopers out of Jamestown responded to a vehicle collision on I-86, westbound lane between exits 12 and 13, in the Town of Ellicott. According to Troopers, an investigation determined that […]
ELLICOTT, NY・1 DAY AGO
YourErie

One of the twin infants rescued during a statewide Amber Alert search in Ohio last month has died, police said.
COLUMBUS, OH・2 DAYS AGO
YourErie

A large boulder smashed into a Hawaii family’s home and nearly hit one of the owners. Community members are raising concerns about a nearby development in Palolo that excavated the mountain.
HAWAII STATE・1 DAY AGO
YourErie

The man's body was found in an underwater cave Monday afternoon.
INDIANA STATE・1 DAY AGO
YourErie

Arizona officials refer to a notoriously congested stretch of desert highway through tribal land as the Wild Horse Pass Corridor, a label that’s less about horses than the bustling casino by the same name located just north of where the interstate constricts to four lanes. With the Gila River Indian Community’s backing, the state allocated […]
ARIZONA STATE・2 DAYS AGO
YourErie

(WJET/WFXP/YourErie.com) — A new survey reports that commonwealth students know a thing or two about recycling since last year. The Pennsylvania Department of Environmental Protection (DEP) and the Professional Recyclers of Pennsylvania (PROP) collaborated on a School Recycling Study Survey that shows that Pennsylvania K-12 students have increased their knowledge and awareness of recycling over the past […]
PENNSYLVANIA STATE・5 HOURS AGO
YourErie

ALTOONA, Pa. (WTAJ) — Some big winners came out of Saturday’s half-a-billion-dollar Powerball drawing including a million-dollar winner. The Powerball jackpot has slowly been creeping back up toward the billion-dollar mark after its record-breaking $2 billion jackpot was hit back in November. While nobody hit the jackpot on January 28, two big tickets were found […]
PENNSYLVANIA STATE・1 DAY AGO
YourErie

(WJET/WFXP/YourErie.com) — Millcreek Township is buying several properties on West 8th Street for its Presque Isle Gateway District plan. At a special meeting on Jan. 30, the Board of Directors of the Millcreek Township General Authority approved agreements for the purchase and sale of real estate for five West 8th Street properties — Bel Aire […]
MILLCREEK TOWNSHIP, PA・12 HOURS AGO
YourErie

(WJET/WFXP/YourErie.com) — A bumpy ride is a bummer. Not only is it a bummer, it could damage a vehicle. The culprit, often, is potholes — those pockets of bad luck where the pavement has worn away. And varying temperatures compound the issue. Here’s how it happens: Roadways are littered with cracks. When it rains or […]
PENNSYLVANIA STATE・1 DAY AGO
YourErie

(WJET/WFXP/YourErie.com) — Gas prices are continuing to inch up again in Western Pennsylvania. The average throughout Western Pennsylvania, according to AAA, is $3.865 per gallon. That’s a slight increase from a week ago (Jan. 23) when gas averaged $3.779. It’s a steeper incline from prices just a year ago (Jan. 31, 2022) when gas averaged […]
ERIE, PA・1 DAY AGO
YourErie

Despite some push back opening day for deer season will continue to be the Saturday after Thanksgiving, and Pennsylvania state Senator Dan Laughlin gave his reaction to this decision. The Pennsylvania Game Commission voted unanimously to stick with a Saturday opening day, which was instituted in 2019. State Sen. Dan Laughlin said this decision gives […]
PENNSYLVANIA STATE・6 HOURS AGO
YourErie

The Biden administration has blocked a controversial proposed gold and copper mine in Alaska in order to protect the world’s largest sockeye salmon fishery.  The Environmental Protection Agency (EPA) blocked construction for the Pebble Mine, citing its potential impact on Bristol Bay — a southwestern Alaska watershed that’s home to numerous animal species including the salmon.  […]
ALASKA STATE・3 HOURS AGO
YourErie

Deer season opening day to remain after Thanksgiving despite pushback

Opening day of deer season in Pennsylvania is likely to remain on the Saturday following Thanksgiving despite pushback from some hunters. The Pennsylvania Game Commission voted unanimously to stick with a Saturday opening day, which was instituted in 2019. The board received feedback from hunters attending the meeting. Those opposed said the new start date […]
PENNSYLVANIA STATE・1 DAY AGO
YourErie

Actor Annie Wersching, best known for playing FBI agent Renee Walker in the series “24" and providing the voice for Tess in the video game “The Last of Us,” has died. She was 45.
LOS ANGELES, CA・2 DAYS AGO