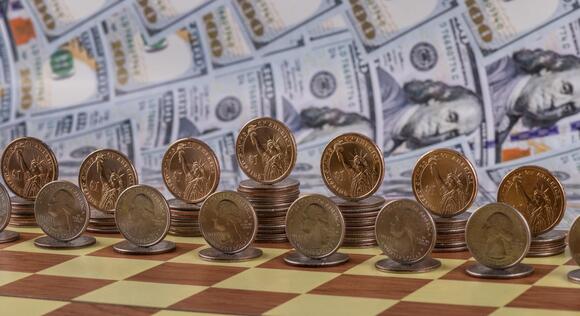 ST. LOUIS – Martin T. Sigillito was an Anglican bishop and a lawyer. He was also imprisoned for 40 years for his Ponzi scheme. Sigillito and J. Scott Brown, a Kansas attorney, stole $52 million from their clients.

Sigillito worked as an attorney in St. Louis in the late 1990s. He and Brown founded the British Lending Program, or BLP.

The BLP was formed as an investment program to prepare loans for an English law practice known as Mark Gilbert Morse, or MGM. MGM specialized on “black lung” lawsuits filed on behalf of English coal miners.

The BLP began offering loans for investments in real estate developments in England in approximately 2000 or 2001.

Prior to the year 2000, Sigillito was not wealthy, and filed for bankruptcy after a divorce. His legal clients were few and far between . Instead, the BLP was his primary emphasis from 2000 until 2010.

In order to gain money, Sigillito’s BLP would “loan” money to a real estate developer in the United Kingdom for short periods of time, mostly one year, at high rates of return, usually between 10 and 48 percent.

According to Sigillito, this estate developer had a knack for spotting undervalued properties he could flip for profit, had options on land that would become valuable when re-zoned, and had inside connections with British authorities. It sounded like a win-win for investors.

In order to get investors, Sigillito exploited his personal ties to people and particular groups he was affiliated with. These groups consisted of his church, social clubs, professional acquaintances, family, and neighbors. This is known as affinity fraud.

Sigillito also held himself up as an expert in international law and finance, and claimed he was a lecturer at Oxford University in England. He only took a simple summer legal program at Oxford.

While gaining all this money, Sigillito’s ego grew, and he became very confident in his Ponzi scheme.

He joined many private clubs in the St. Louis area, which helped fund his extensive collection of antique books, maps, prints, coins, jewelry, antiquities, liqueurs, and rugs. Papers and rare coins, a $1,200 bottle of cognac, and a lamp dating from 34 B.C. were among the items in this collection.

Sigillito took his family on luxury first-class trips around the world. He bought a country home in Marthasville, Missouri, hired a chauffeur, and sent his children to private school. He leased Volvo vehicles, and purchased expensive alcohol. In addition, he invested in a condominium complex on Missouri’s Lake of the Ozarks.

Brown, a lawyer, worked as an attorney in England for numerous years prior to the year 2000.

Brown also participated in the UMKC program while at Oxford. Brown was paid a lot of money by the BLP, but from 2000 to 2010, he didn’t really practice law.

Remember that British developer that Sigillito said was amazing? He was a part of the criminal conspiracy. Derek Smith is a real estate investor in the United Kingdom.

There were one-year unsecured loans with interest rates ranging from 15% to 48% under Smith’s name. He knew that Sigillito was telling his investors that Smith was a multimillion dollar real estate investor. He was in on the conspiracy the whole time.

Beginning in 2004, Sigillito ran the BLP from his solo law firm in St. Louis. Smith owed about $70 million to investors as a result of BLP loans by 2010.

Nonetheless, Smith received very little of the loan proceeds. Instead, Sigillito and Brown utilized the majority of the money that was invested to pay the multiple debts owed to their investors.

Brown and Sigillito also kept a considerable share of the money from the lenders as loan costs, which might amount to up to 32% of the loan.

Smith barely got paid in apart of this scheme. In truth, Smith was bankrupt during the most of the BLP’s existence. Sigillito was aware of Smith’s financial situation.

Sigillito, Brown, and Smith explained the false asset-to-debt ratios in each of the loan agreements signed by the various lenders.

Smith then wanted to exit the scheme. Sigillito, edited the loan agreement between Smith and him to reflect a debt-free Smith.

Sigillito then got Phil Rosemann, the BLP’s largest lender, to make a large loan to the BLP. Rosemann, on the other hand, wanted the debt paid off as soon as possible because the BLP had not paid him on schedule.

Sigillito worked tirelessly to sell the BLP in order to meet Rosemann’s demands. He lied about the extent of Smith’s obligations and the safety of the BLP, among other things.

Sigillito further indicated that as part of his due diligence for the lenders, he reviewed Smith’s financial accounts on a monthly basis, significantly distorting Smith’s alleged worth.

When Rosemann sued Smith for the money, the BLP began to fall apart.

Smith claimed he never got any of Rosemann’s funds.

Rosemann then sought clarification from Sigillito. Sigillito’s secretary, Elizabeth Stajduhar, informed the FBI about the BLP during this time. Stajduhar admitted to stealing more than $300,000 from Sigillito and more than $80,000 from the BLP between 2004 and 2010.

Following that, the FBI launched a criminal investigation, which resulted in Sigillito’s arrest and indictment.

In total, the BLP claimed roughly 150 victims. The BLP received at least $52 million in investor capital, according to public records.

A total of $28 million was utilized to settle previous loans. Sigillito made the highest money of any BLP member, earning almost $6.2 million.

Everything comes crumbling down

Missouri’s greatest Ponzi scam comes to a conclusion on April 28, 2011, with the mastermind found guilty and federally indicted.

Martin T. Sigillito, from Webster Groves, was found guilty of taking part in a plan to steal $52 million. He was instantly arrested by federal agents.

Derek J. Smith, 68, of Oxfordshire, England, pled guilty to his part in the conspiracy and is awaiting sentencing.

After accepting plea deals, Stajduhar, Smith, and Brown all testified for the government. According to Brown and Smith, the BLP was a Ponzi scheme.

Brown claimed that the BLP only performed things for money, that Sigillito suspected the BLP was dead as early as 2003.

Smith claimed that the loan terms he agreed to were deceptive and contained misrepresentations.

The family of a child who drowned at summer camp joined forces with families whose relatives died in a work zone crash. They confronted politicians to save others from their pain.
MISSOURI STATE・15 HOURS AGO
FOX2Now

The attorney for a Missouri man facing lethal injection next week says he will ask the state Supreme Court to postpone the execution by three or four months to allow more time to investigate his innocence claim.
MISSOURI STATE・1 DAY AGO
FOX 2

At the start of Tuesday night, everyone knew there would be a guaranteed millionaire at the Queen of Hearts drawing in Waterloo, Illinois, but no one knew how long it would take.
WATERLOO, IL・15 HOURS AGO
FOX 2

Three men wrongfully convicted of murder hoped to spare the life of a man who's on Missouri's death row for one of the most appalling crimes in the St. Louis area.
JENNINGS, MO・16 HOURS AGO
FOX2Now

ST. LOUIS (AP) — Attorneys general in 20 conservative-led states warned CVS and Walgreens on Wednesday that they could face legal consequences if they sell abortion pills by mail in those states. A letter from Republican Missouri Attorney General Andrew Bailey to the nation’s largest pharmacy-dispensing companies was co-signed...
MISSOURI STATE・2 HOURS AGO
FOX 2

St. Louis ranked most affordable US city among Top 25 metros

A new report credits the St. Louis region for being the most affordable among the Top 25 most-populated U.S. metros.
SAINT LOUIS, MO・22 HOURS AGO
FOX 2

ST. LOUIS, Mo. — Another fast moving and very weak weather system will pass well south of St. Louis this afternoon into early this evening. The worst the St. Louis area may see is a few snow flurries. However, our southern communities are in line for a couple of quick hitting light snow and sleet […]
SAINT LOUIS, MO・23 HOURS AGO
FOX 2

While Missouri Amendment 3 permits marijuana use in private residences, it’s still against the law in parks, while walking along sidewalks, and in schools, both private and public.
MISSOURI STATE・1 DAY AGO
FOX 2

Nearly $5.2 million will go to 84 people involved in a class-action lawsuit against St. Louis City. The city has agreed to the settlement following arrests made during protests in 2017.
SAINT LOUIS, MO・1 DAY AGO
FOX 2

Yuengling beer coming to the St. Louis area in February

State representatives zeroed in on the St. Louis Circuit Attorney's Office Monday, where thousands of cases have yet to be prosecuted.
SAINT LOUIS, MO・1 DAY AGO
FOX 2

The Missouri Department of Social Services Children's Division is dealing with huge problems, making it tough to take on all the kids in foster care and making it hard for the workers who have to handle all the cases.
MISSOURI STATE・14 HOURS AGO
FOX 2

Each month, FOX 2 gives out the Proud to Serve award to honor the local heroes who protect and serve.
HAZELWOOD, MO・1 DAY AGO
FOX 2

One of two men convicted of smuggling 100 pounds of methamphetamine to the St. Louis area from Colorado was sentenced Tuesday.
SAINT LOUIS, MO・21 HOURS AGO
FOX 2

Woman who aided in armed robbery on Arch Grounds is sentenced

A Belleville, Illinois, woman was sentenced Tuesday for aiding in an armed robbery on the Arch Grounds in downtown St. Louis.
SAINT LOUIS, MO・23 HOURS AGO
FOX 2

A new suburban stadium could be on the horizon for the Chicago Bears, though it appears some Illinois representatives are not quite on board with that prospect.
CHICAGO, IL・1 DAY AGO
FOX 2