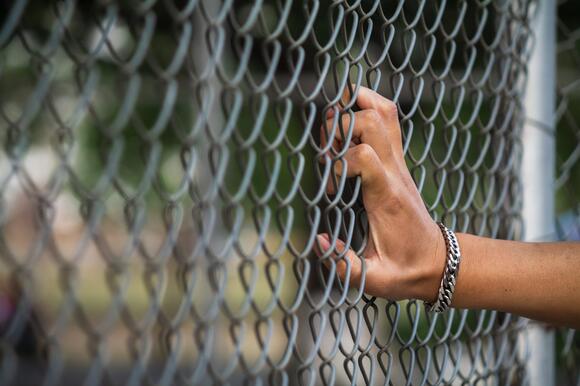 A privately-built border wall in Texas is not up to code and is in danger of collapsing, according to a new federally commissioned inspection report.

The 404-page report indicates that the wall, which runs along the Rio Grande, has structural problems and that a settlement with the builder, Fisher Industries, was reached in May.

The settlement states that Fisher Industries must conduct an inspection of the fence once per quarter, remove bollards and must also maintain a gate that lets floodwater out.

The company was also ordered to keep a $3 million bond that would be used to cover expenses should the structure falter.

The report claims that the government intentionally kept the issues secret for over a year, and that the fencing fails to meet even basic international building code and industry standards.

The wall’s foundation is more shallow than barriers along the border erected by the federal government.

As Texas faces a threatening winter storm and freeze – the state’s oil and gas producers have been told to secure their equipment and facilities. Texas’s fossil fuel and petrochemical industry is known to be vulnerable to unusually low temperatures
TEXAS STATE・13 HOURS AGO
KRLD News Radio

Winter’s latest storm has more than 40 million people across the United States in winter weather alerts on Monday. The alerts warn of significant icing and extreme cold for many parts of the country.
TEXAS STATE・11 HOURS AGO
KRLD News Radio

TRAFFIC ALERT - IRVING - WB 183 at Carl Road ALL LANES WILL BE CLOSED overnight from 8 pm - 5 am on Monday, 1/30, traffic will be diverted to the service road.
DALLAS, TX・8 HOURS AGO
KRLD News Radio

The State of Texas is leading a lawsuit against the Biden Administration over an asylum program that the White House announced earlier this month. A total of 20 states are involved in the lawsuit.
TEXAS STATE・5 DAYS AGO
KRLD News Radio

State Farm’s Chris Pilcic told KRLD the average claim of that nature paid in Texas last year was just over $10,000. He said a crack as small as 1/8” can leak 250 gallons of water per day. That can cause a lot of damage.
TEXAS STATE・6 HOURS AGO
KRLD News Radio

All 25 Republicans serving in Congress from Texas have signed a letter to the Biden Administration seeking a meeting with the president and demanding reimbursement for the state’s border security costs.
TEXAS STATE・5 DAYS AGO
KRLD News Radio

Trump says DeSantis 'wouldn't be governor if it wasn't for me'

Billboards donated by media companies have started to show messages along highways in Texas urging people to report potential cases of human trafficking. The campaign will appear on more than 300 billboards in 70 cities across the state.
TEXAS STATE・3 DAYS AGO
KRLD News Radio

The potential for freezing rain and sleet will begin on Monday, with a cold rain expected further east and south. Impacts to the PM commute are possible as bridges and overpasses may become slick.
TEXAS STATE・13 HOURS AGO
KRLD News Radio

Decreasing clouds in DFW today but staying windy and cold

The sun comes back out today, but it will be a blustery day with high temperatures in the mid to upper 40s. North wind will gust to 25 mph. Tonight, protect your plants, pets, and pipes. Temperatures will range between 25° and 30° by daybreak
DALLAS, TX・5 DAYS AGO
KRLD News Radio

75% of Texans support constitutional amendment that would legalizes sports betting

According to a poll conducted, 75% of Texans surveyed support a proposed constitutional amendment that would legalize sports betting and bring up to 4 upscale casinos to the state.
TEXAS STATE・4 DAYS AGO
KRLD News Radio

A large swath of Texas especially the South Plains and the Panhandle is due to get clobbered with quite a bit of snow today. The National Weather Service has posted a winter storm warning for much of the Panhandle
AMARILLO, TX・6 DAYS AGO
KRLD News Radio

Two Californians are locked up in Wise County after being busted with a U-Haul trailer full of drugs. Wise County Sheriff Lane Akin says one of his deputies pulled over a pick-up hauling the trailer on Highway 287
WISE COUNTY, TX・5 DAYS AGO