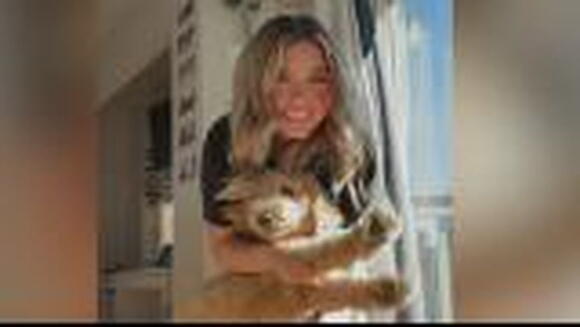 A former tenant of the home where four University of Idaho students were brutally stabbed to death has given insight into why two surviving roommates might have not heard the attack.

Moscow Police’s announcement early in the investigation into the slayings of Xana Kernodle, Ethan Chapin, Kaylee Goncalves and Madison Mogen that two roommates had been in the home during the violent murders but were not “necessarily considered witnesses” raised questions about how they were seemingly able to sleep through it.

The victims, whose bodies were found on the second and third floors of the residence at 1122 King road, had arrived home close to 2am on 13 November. The surviving roommates are thought to have arrived nearly an hour before the victims and were on the first floor when the killings took place between 3am and 4am, authorities have said.

A 911 call was then made at 11.58am from the cellphone of one of the roommates. A former tenant of the residence, which is just five minutes away driving from the University of Idaho, has now come forward saying that it was not unusual for him not to hear noises from the upper levels when he was downstairs.

Mr Augusta’s input could offer some insight as to why Moscow Police did not consider the roommates witnesses and why it took them nearly nine hours to call authorities.

Several people have been ruled out as suspects: the two surviving housemates, the man who was caught on camera with Mogen and Goncalves at a food truck in the downtown area before they headed home on the night of the slayings, the person who gave Mogen and Goncalves a ride home from the food truck, Goncalves’ former long-term boyfriend and the friends who were in the home when the 911 call was made have all been ruled out as suspects.

The department said in a statement on Thursday that a sixth individual is listed on the lease for the three-storey home but that investigators “do not believe that individual was present during the incident”.

The identity of that person has not been publicly released and it is not clear when they lived at the property. Nearly three weeks into the investigation, detectives are wrapping up their work at the crime scene – despite the killer still being at large.

Some of the first results from forensic testing have started coming back from the crime lab, although officials have not revealed whether or not any DNA was found at the scene from individuals other than the victims and their roommates.

On Thursday, Moscow Police said that “specific results” will be kept under wraps in order to “protect the investigation’s integrity”.

Officials also tried to settle the confusion around whether or not the killings are believed to have been “targeted”.

In a statement to The Independent about contradictory statements made in recent days, a police spokesperson said that officials do still believe the murders were “a targeted attack”.However, it is not known at this time whether the residence or one or more than one victim was the target.

Thoughts and Prayers to these families and may the 4 victims RIP ! 🙏 🕊 Hopefully they'll find the monster or monsters who did this soon !

And did whoever wrote this think to ask “why” this person would not have heard anything. Poor reporting and all this speculation needs to stop.

Pin every phone from the closest tower to the house, that can give an insight if the killer sat in wait for the victims. and I agree is a big house, my house is the same, some part of the house is hard to heard anything