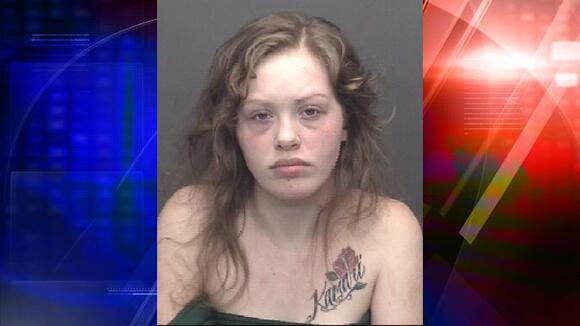 EVANSVILLE, Ind (WEHT) – An Evansville woman was sentenced to 25 years in jail on Friday following the 2021 overdose death of her three-year-old daughter.

Evansville Police were sent to a home in the 600 block of East Michigan Street in October of 2021 for a report of a child not breathing. The child’s grandmother told police Kamari Opperman had swallowed a fentanyl pill, but Makaylee had not taken her to a hospital.

VINCENNES, Ind. (WTWO/WAWV) — Police say a Vincennes man ate a bag of methamphetamine while running away from a traffic stop. According to Indiana State Police, the traffic stop occurred at 1:50 a.m. Friday in an alley south of 14th Street. Police said as soon as the vehicle came to a stop the passenger door […]
VINCENNES, IN・2 DAYS AGO
FOX59

Will the suspected Chinese spy balloon fly over Evansville?

MONTANA (WEHT) — A suspected Chinese spy balloon has made its way across the United States, and many lawmakers are calling for action. The Pentagon decided not to shoot down the balloon over fears of hurting people below. While many Americans suspect China is spying on us, Chinese officials claim the balloon is used for […]
EVANSVILLE, IN・2 DAYS AGO