Get the latest breaking news, sports, entertainment and obituaries in Norwich, CT from Norwich Bulletin. 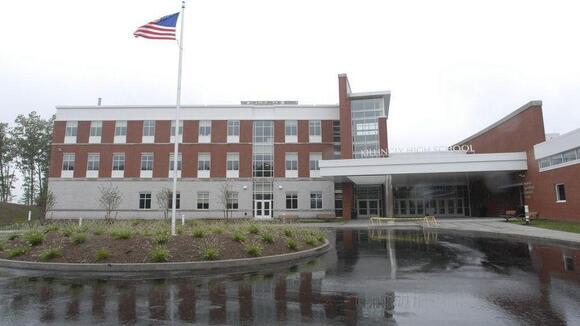 The Killingly school district will see key leadership shifts next month as part of an effort to address student behavioral and mental health needs.

In a Wednesday letter to parents and students, Superintendent Robert Angeli announced several personnel changes slated to take effect on Jan. 4, including the creation of a “director of mental health, student wellness and family engagement” position that coincides with the district’s involvement in a new behavioral health program.

Geary, the high school’s leader for seven years, will be succeeded by high school Assistant Principal Karen Lagace who will serve as the facility’s interim principal until a permanent principal is named.

Angeli said Cote’s duties will include overseeing the district’s participation with the “CT Behavior Health Pilot Program,” provide guidance and supervise behavioral health initiatives in the district and “facilitate access to services for our students.”

How does this differ from the school-based health center, or SBHC, rejected by the board of education?

No information was released by the district about the pilot program and Angeli did not return calls seeking comment on Thursday and Friday. Cote’s office deferred questions regarding the program to Angeli.

Board of Education Chairman Norm Ferron on Friday said he was in favor of the district joining the pilot program and the creation of the new district-level director job.

“I think that they are both wins for the district and the students,” Ferron said in a Friday email, adding that the pilot program would be run by district administrators.

The announcement of the upcoming changes comes a month after the state Board of Education ordered a formal inquiry be held into the Killingly school board. State board members found cause that the Killingly elected body failed to make “reasonable provisions to implement the educational interests” of the state by allegedly not addressing the mental and behavioral health needs of its students.

That finding was the result of a state complaint investigation prompted by a petition filing by Killingly community members. One of the chief complaints in the petition concerned the board’s rejection earlier this year of a proposal to allow the Generations Family Health Center group to operate a grant-funded center inside the town’s high school that would have offered behavior health services to students via licensed therapists.

No date has been set for the start of the inquiry and state officials said they were willing to work with the Killingly district to address outstanding issues short of holding the hearing.

Get the latest breaking news, sports, entertainment and obituaries in Norwich, CT from Norwich Bulletin.