Lady Bulldogs grab first win of the year over Wellston 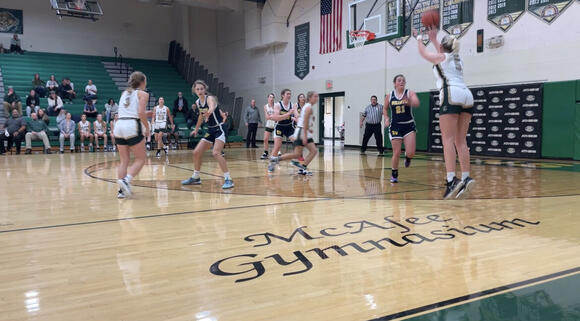 With neither team shooting particularly well to start, Wellston was able to jump out to a lead after the first quarter and hold it by the end of the first half when the Lady Bulldogs went into the break facing a 19-17 deficit.

A stout defensive effort started to change the fortunes for Athens. The Lady Bulldogs were able to force 26 turnovers on the night and accrued 22 points off of those turnovers. They were able to outscore Wellston 16-2 in the third quarter to set up a 12-point lead for Athens heading into the final frame.

The Lady Bulldogs continued their defensive pressure in the fourth quarter, allowing only seven points and securing the win.

Ella Champan and Quinn Banks helped the effort with six points each in the win. Emily Zuber added five points on 2-2 shooting from the field.

The Lady Bulldogs next suit up against Logan this upcoming Saturday at home with a 1:30 p.m. tip-off time set.