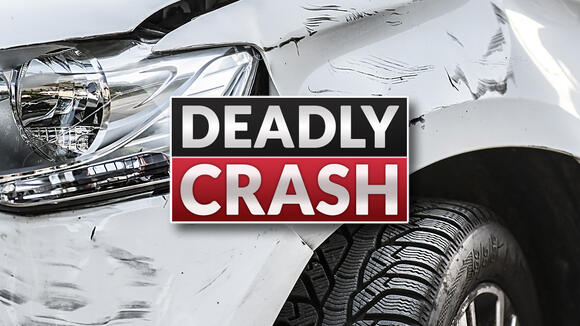 According to the Jefferson County Sheriff’s Office, deputies were dispatched to Highway 78 on the call of a crash around 6:40 p.m. Upon arrival, they realized that during the accident one of the vehicles involved had flipped several times and ejected the driver.

The driver of that vehicle, identified by the Jefferson County Coroner’s Office as Maleaha Rashid Hicks, was transported to Walker Baptist Medical Center in Jasper where she died around 8 p.m.

The driver of the second vehicle was also transported to a local hospital with non-life-threatening injuries.

Deputies with the JCSO’s Traffic Accident Reconstruction Team are continuing to investigate the crash.

A traffic stop by the Decatur Police Department (DPD) resulted in a man's arrest on Thursday.
DECATUR, AL・21 HOURS AGO
CBS 42

A man who was shot and killed Wednesday night in Ensley has been identified by the Jefferson County Coroner's Office.
BIRMINGHAM, AL・2 DAYS AGO
CBS 42

BIRMINGHAM, Ala. (WIAT) — The Birmingham Police Department is seeking help from the public in locating a man believed to have been allegedly been involved in an attempted murder. Tony Hillard, 55, of Birmingham, is 6’0″, 250 pounds. On May 24, officers arrived to the 4300 block of 13th Avenue on reports of a person […]
BIRMINGHAM, AL・2 DAYS AGO
CBS 42

The Birmingham Police Department is investigating a homicide that occurred in Ensley on Wednesday night.
BIRMINGHAM, AL・2 DAYS AGO
CBS 42

Suspects captured in Kentucky after stealing over $30,000 worth of handbags from Riverchase Galleria

BIRMINGHAM, Ala. (WIAT) — Four men from Illinois were captured by authorities in Kentucky after allegedly breaking into Hoover’s Riverchase Galleria and stealing over $30,000 worth of merchandise, according to police. Around 2:24 a.m. Wednesday, the Hoover Police Department responded to an alarm call at Belk located inside the Riverchase Galleria. Responding officers discovered that a […]
HOOVER, AL・1 DAY AGO
CBS 42

SUMITON, Ala. (WIAT) — Teacher, pastor, bus driver, basketball coach. Whatever the task, it was never too much for Mark Ridgeway. On Wednesday, classes at Mortimer Jordan High School were canceled after police reported Mark Ridgeway was performing standard checks on the bus before starting his morning route, but an unoccupied bus rolled and hit […]
SUMITON, AL・2 DAYS AGO
CBS 42

JEFFERSON COUNTY, Ala. (WIAT) — The Alabama Housing Finance Authority (AHFA) is partnering up with Jefferson County to offer an additional $25 million in Emergency Rental Assistance for local residents. Funded by the U.S. Treasury, ERA was designed to provide short-term help with rent and utilities to lower-income renters experiencing financial hardship due to the […]
JEFFERSON COUNTY, AL・2 DAYS AGO
CBS 42

For the second time in less than a year, Children's of Alabama, a pediatric hospital in Birmingham, has been ordered by a judge to hand over information in a wrongful death case.
BIRMINGHAM, AL・1 DAY AGO
CBS 42

A grieving community said goodbye to its beloved teacher and pastor on Friday.
SUMITON, AL・18 HOURS AGO
CBS 42

BIRMINGHAM, Ala. (WIAT) — Restaurant Week is officially underway in Birmingham. The event kicked off with a food truck pop-up experience Thursday. From now until Feb. 4, you can try special menu items at participating restaurants. It’s a great way to get a taste of the food scene in Birmingham. A new feature this year […]
BIRMINGHAM, AL・1 DAY AGO
CBS 42

HOOVER, Ala. (WIAT) — Multiple Alabama schools have canceled events featuring a Black, award-winning, New York Times-bestselling children’s author. The events, which had been scheduled to take place during Black History Month in Hoover and Alabaster City Schools, were canceled without explanation earlier this week, according to Derrick Barnes, the author. He believes the cancellations […]
HOOVER, AL・1 DAY AGO
CBS 42

BIRMINGHAM, Ala. (WIAT) — A chef with longtime ties to the Birmingham area is up for an award by the James Beard Foundation, while two other restaurants have also been nominated for different awards. Timothy Hontzas, head chef and owner of Johnny’s Restaurant in Homewood, has been named a semifinalist for Best Chef in the […]
BIRMINGHAM, AL・3 DAYS AGO
CBS 42

TUSCALOOSA, Ala. (WIAT) — This week marks 40 years since legendary Alabama Head Football Coach Paul W. “Bear” Bryant died following a heart attack. He spent his career in Tuscaloosa from 1958 to 1982 shaping leaders on and off the field. His name can be found all around T-Town, as a street that runs along […]
TUSCALOOSA, AL・15 HOURS AGO
CBS 42

Antisemitic chalk drawings found on campus at the University of Alabama

TUSCALOOSA, Ala. (WIAT) — The University of Alabama is investigating several instances of antisemitic speech that were found written in chalk around campus Thursday. The writing, as first reported by The Crimson White and Patch Tuscaloosa, contains the words “#YeisRight Friday 1/27” along different places on campus. In their reporting, The CW took 19 photos […]
TUSCALOOSA, AL・1 DAY AGO
CBS 42

Stevie Nicks to perform at Birmingham’s Legacy Arena in April

Stevie Nicks is coming to the Magic City this spring as part of her upcoming tour.
BIRMINGHAM, AL・1 DAY AGO
CBS 42

BIRMINGHAM, Ala. (WIAT) — Jessie Lemonier, a former NFL football player who was expected to make his debut with the Birmingham Stallions this spring, has died. He was 25. Lemonier’s death was confirmed Thursday by the Detroit Lions, whom he played for in the 2021 season. Lemonier, a defensive end, was a graduate of Liberty […]
BIRMINGHAM, AL・2 DAYS AGO