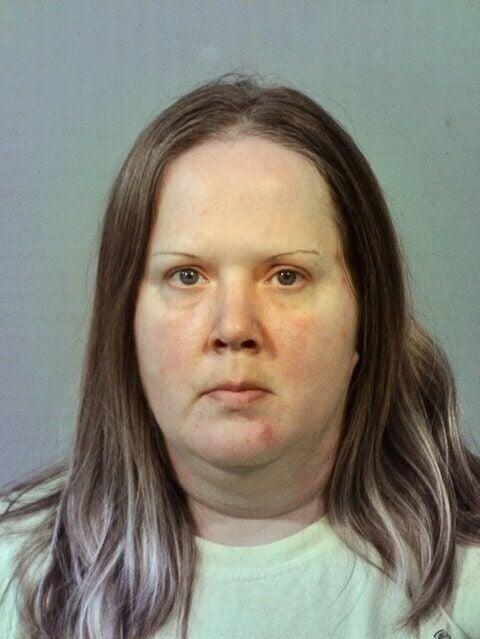 LOGAN – In a criminal case that appears to have sat dormant in Hocking County Common Pleas Court for the last 20 months, the county prosecutor’s office has requested that a summons to court be issued to a Circleville woman who is facing local charges for having allegedly threatened in late 2020 to do serious violence to a county sheriff’s officer.

Nicole Rene McCray, 37, was charged back in December 2020 with making a terroristic threat. She was alleged to have left a phone message for the officer in which she told him, among other things, that she was “going to blow your f-----g head off.”

The message reportedly came as the culmination to an ongoing communication by McCray with the deputy both by phone and online, in which McCray shared information about a supposed missing person’s investigation involving a teenaged girl from Greenfield, Ohio, and apparently grew increasingly unhappy with the sheriff’s office’s response to her claims.

McCray was originally charged with making a terroristic threat, a third-degree felony. That case was dismissed out of Hocking County Municipal Court on Dec. 9, 2020 with the indication that this was being done so the case could be presented to a county grand jury for possible indictment.

On March 1, 2021, an indictment was filed against McCray in Hocking County Common Pleas Court, charging her with a third-degree felony count of intimidation. On the same day the Hocking County Prosecutor’s Office requested that a warrant be issued for McCray.

Judging by court records, nothing more happened with the case from then until Nov. 14 of this year, when Prosecutor Ryan Black filed a request to have the warrant recalled, and to have a summons issued to McCray at a Circleville address. The motion to recall the warrant says that McCray has been incarcerated in Cuyahoga County.

As previously reported by The Logan Daily News, a complaint filed by a sheriff’s officer stated that on Oct. 12, 2020, McCray had contacted the sheriff’s Facebook page about a missing person, asking whether a teenaged girl from Greenfield, Ohio, whose name McCray was not sure of, had been reported to the sheriff’s office as missing for about the previous six months.

According to the complaint, McCray said she thought the girl had gone missing from Hocking County, and was being held captive in Chillicothe. The officer passed her information on to the F.B.I.

On Oct. 23, the complaint alleges, McCray left the officer a voicemail, in which she accused him of taking a $1,000 bribe from the Ross County Sheriff’s office, and warned that “she was writing and calling the F.B.I. to let them know so (the officer) would get in trouble.”

In another voicemail left on Nov. 16, McCray allegedly repeated her allegation about the bribe, and also accused the officer of having told the F.B.I. that there was no one reported missing who matched McCray’s information.

It is alleged in the complaint that McCray also stated on the voice message that the Ross County Sheriff’s office was stalking her; that the missing girl was now dead; and that the sheriff’s officer “was being busted.” It was in this phone message that she allegedly made her threat of violence against the deputy.

The officer reported the alleged threat to then-county prosecutor Ben Fickel, who approved issuing a warrant on the terroristic threat charge.

Jim Phillips is the editor of the Logan Daily News