The debate over permanent daylight saving time continues in Oklahoma 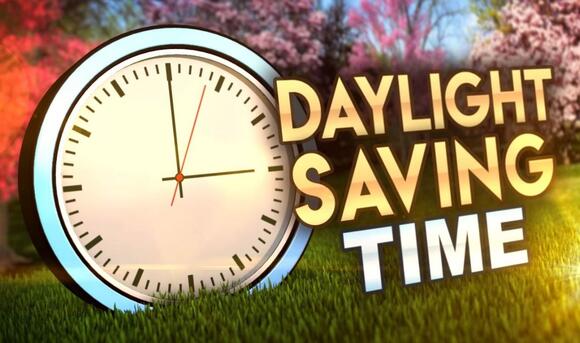 OKLAHOMA CITY ( KFOR ) – Daylight saving time can become permanent in Oklahoma, but only as soon as lawmakers in Washington D.C. make the change federally.

State Senator Blake Stephens, Republican from Tahlequah, filed a SB7, a “trigger law” that would go into effect once the Sunshine Protection Act was passed by Congress.

It was passed in the Senate, but there has not been a vote in the House.

Stephens said when winter rolls around, permanent daylight saving time would give kids that hour of sunlight in the evening instead of the morning.

“Our children get home from school, then they can play outside and be active,” said Stephens.

With the hour moving from the morning to the evening, the Senator said more Oklahomans would be willing to go out and be active in their communities.

“Our outdoor enthusiast, both our joggers and bicyclists, those that like to get out and hike, walk their dog, it gives them that last hour,” said Stephens.

Doctor Joanne Skaggs, from OU Health, said there is a problem with switching clocks twice a year.

“The biggest factor is the change in time, truly,” said Dr. Skaggs. “And it’s not necessarily which time you’re changing to.”

She said doctors mostly believe that standard time, what we are on in the winter, is better for our bodies.

“ The American Academy of Sleep Medicine has come out with the consensus statement in support of standard time,” said Skaggs. The explanation being that the time is better for our circadian rhythm.

Representative Kevin West, Republican from Moore and South OKC, has introduced legislation in the past that would make standard time permanent.

“I’ve actually ran a standard time bill three years, and the one last year to put it to a vote of the people,” said West.

House Bill 3147 was West’s bill. It would give Oklahomans the chance to vote on their preference.

Representative West supports standard time. He said its partly because the United States tried to run on daylight saving time in the 1970s, but many Americans complained.

“If we went to daylight saving time year-round, there would be times of the year where it’s like 8:30, 8:45 in the morning before the sun comes up,” said West. “When you’ve got kids going to school or you’re trying to get to work, that becomes a problem.”

And that was the problem for Americans in 1974.

The two-year experiment was signed into law by President Richard Nixon. At the time, over 75% of Americans supported the bill.

It was discontinued after only 10 months.

Dr. Skaggs said our bodies would adjust to any permanent time change.

For Stephens, that permanent change should be in support of the time that we have for eight months out of the year — daylight saving time — compared to standard time, which we have for only four months.

“If you lock in standard time, you’re now affecting the calendar eight months, so it’s not 50%,” said the senator from Tahlequah.

Oklahomans who want to vote on a measure that would legalize recreational marijuana in the state have a few more days to register to vote.
OKLAHOMA STATE・18 HOURS AGO
KFOR

A bill working its way through the Maryland state legislature would incentivize companies switch to a four-day workweek, allowing employees to work 32 hours instead of 40 without seeing any pay cut or loss of benefits.
MARYLAND STATE・17 HOURS AGO
KFOR

Oklahoma's Attorney General has dismissed a lawsuit that was filed in the wake of a federal audit.
OKLAHOMA STATE・14 HOURS AGO
KFOR

Oklahoma Secretary of Transportation Tim Gatz said this is the largest transportation grant Oklahoma has been awarded in its history.
TULSA, OK・13 HOURS AGO
KFOR

Expired tags on Oklahoma roadways may lead to problems for drivers

An Oklahoma man is raising questions about the amount of out-of-date car tags on the road.
OKLAHOMA STATE・10 HOURS AGO
KFOR

The parents of Gabby Petito appeared before the Utah Senate this morning, Jan. 30, to voice their support of a bill that would require a "lethality assessment" in reported cases of domestic violence between intimate partners.
UTAH STATE・1 DAY AGO
KFOR

Families are claiming they’re having never ending problems with their mobile home after they bought it from a manufactured, modular and mobile home company in Oklahoma.
OKLAHOMA STATE・21 HOURS AGO
KFOR

GOP leaders are keeping their powder dry when it comes to former President Trump’s 2024 campaign, declining to publicly back him despite his lead in most primary polls. Prominent Republicans in early-voting states like Iowa and South Carolina have held off on endorsing him, as have some longtime allies in Washington, such as Sen. Rick Scott (R-Fla.).
IOWA STATE・13 HOURS AGO
KFOR

Oklahoma AG files lawsuit against US Department of Health

The state announced that it is suing the U.S. Department of Health regarding WHO's authority over the United States.
OKLAHOMA STATE・1 DAY AGO
KFOR

Oklahoma Department of Transportation crews are preparing for a winter storm headed toward the Sooner State.
OKLAHOMA STATE・1 DAY AGO
KFOR

OKLAHOMA CITY (KFOR) — Here’s an updated look at the timeline and impacts of the upcoming waves of winter weather. Lows Monday night across the metro and state will dip into the teens and 20’s, so drip your faucets to protect your pipes. Winds will be strong...
OKLAHOMA CITY, OK・1 DAY AGO
KFOR

OKLAHOMA CITY (KFOR) – Bitter cold air is here, and now we will add in some precipitation as we begin the work week. Wind chills will be -5 to 5 by Monday morning. Monday morning into midday, a weak round of ice and sleet began moving through central Oklahoma. Some slick spots are possible.
OKLAHOMA STATE・2 DAYS AGO
KFOR

Advisory, warning continues for portions of Oklahoma through Wednesday, closings

OKLAHOMA CITY (KFOR) – As drivers get out and about this morning, they may find a few slick spots on the roadways. However, the roads have improved from Monday’s storm. The National Weather Service has issued a winter weather advisory for the following counties:. McClain. Pottawatomie. Seminole. Stephens.
OKLAHOMA STATE・1 DAY AGO
KFOR