NEN Roundtable: What do the Patriots need to do to beat the Bills? 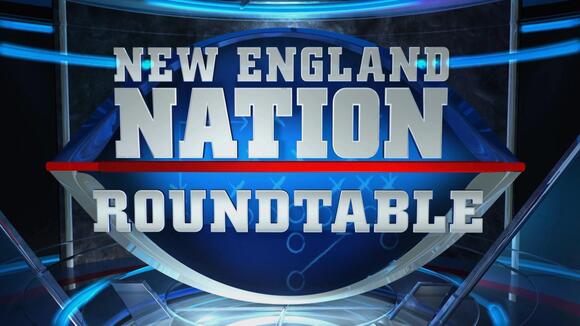 (WPRI) – Morey Hershgordon, Andy Gresh, Sam Knox and Taylor Begley discuss the big topics before kickoff. Are you convinced the Patriots offense has turned the corner? What does the defense need to do to limit Josh Allen and the Bills offense?

To watch more segments from the show, click here.

BBB: ‘Brushing’ scams on the rise in New England

HOLYOKE, Mass. (AP) — A “innocent bystander” was shot and killed at a mall in western Massachusetts on Saturday amid a confrontation between two other people, the county prosecutor said. A suspect was immediately taken into custody by the Holyoke Police Department, which responded just before 7 p.m. to a report of shots fired, Hampden […]
HOLYOKE, MA・19 HOURS AGO
WPRI 12 News

The 7-month-old boy rushed to the hospital after he and his two siblings were found unresponsive in their Duxbury home earlier this week died Friday morning, according to prosecutors.
DUXBURY, MA・2 DAYS AGO
The Spun

Videos showing the violent arrest of 29-year-old Tyre Nichols, a Memphis man who died 3 days after he was beaten by police in a traffic stop Jan. 7, has been released by Memphis officials.
MEMPHIS, TN・2 DAYS AGO
WPRI 12 News

Burrow comes up short of leading Bengals back to Super Bowl

No. 23 Friars continue title defense on the road

PROVIDENCE, R.I. (WPRI) – All is good in Friartown – 8-2 in Big East play and hitting their stride ahead of two big games on the road. “I feel like half the season has been going really good for us, we faced adversity and I feel like we needed to go through that and that’s […]
PROVIDENCE, RI・2 DAYS AGO
WPRI 12 News

Ford is recalling nearly 383,000 SUVs in the U.S. because the touch screens may not display a camera image when backing up.
2 DAYS AGO
WPRI 12 News

The footage shows police savagely beating the 29-year-old FedEx worker for three minutes while screaming profanities at him throughout the attack.
MEMPHIS, TN・2 DAYS AGO
WPRI 12 News

DUXBURY, Mass. (WPRI) — The husband of a Massachusetts woman who is being charged in connection with the deaths of their three young children shared a statement about the incident that happened at their Duxbury home.  Patrick Clancy made the statement Saturday. “The shock and pain is excruciating and relentless. I’m constantly reminded of them […]
DUXBURY, MA・1 DAY AGO
WPRI 12 News

Guns seized from home after man shot in Providence

PROVIDENCE, R.I. (WPRI) — Providence police are investigating after a man was shot early Sunday morning. Just after 2:30 a.m., Acting Police Chief Oscar Perez said a 30-year-old man drove himself to Roger Williams Medical Center with a gunshot wound to to the leg. Officers then went to the scene, at a home on Wisdom […]
PROVIDENCE, RI・19 HOURS AGO
WPRI 12 News

As the world marks International Holocaust Remembrance Day on Friday, historians, activists, survivors and their families are all preparing for the time when there will no longer be living witnesses to share first-person accounts of the horrors of the Nazi genocide during World War II.
2 DAYS AGO
WPRI 12 News

PROVIDENCE, R.I. (WPRI) — Providence police are investigating after a 15-year-old boy was shot Saturday night. According to Acting Police Chief Oscar Perez, around 11 p.m., the teen was walking on Florence St. when a vehicle pulled up to him and someone shot him. The boy was taken to the hospital where he is being […]
PROVIDENCE, RI・20 HOURS AGO
WPRI 12 News

Five fired Memphis police officers were charged Thursday with second-degree murder and other crimes in the killing of Tyre Nichols, a Black motorist who died three days after a confrontation with the officers during a traffic stop.
MEMPHIS, TN・3 DAYS AGO
WPRI 12 News

FDA declines to regulate CBD; calls on Congress for fix

The Food and Drug Administration said Thursday there are too many unknowns about CBD products to regulate them as foods or supplements under the agency’s current structure and called on Congress to create new rules for the massive and growing market.
3 DAYS AGO
WPRI 12 News

PEABODY, Mass. (AP) — A Massachusetts prosecutor says a mother has been charged with reckless endangerment of a child in connection with the death of her 2-year-old daughter, who allegedly was exposed to illegal drugs while the two were living in a car in Peabody. The 28-year-old woman was ordered held without bail following her arraignment Friday. She pleaded not guilty to the charge, as well as to a charge of permitting substantial injuries to a child. The prosecutor said the child was brought to a hospital on Jan. 18 after she appeared unresponsive. Efforts to revive her were unsuccessful. A message seeking comment was left for the woman's lawyer.
PEABODY, MA・1 DAY AGO
WPRI 12 News

Amazon is axing free grocery delivery for Prime members on orders less than $150.
2 DAYS AGO