Nia Long recently opened up about the scandal involving her longtime partner, Ime Udoka, who was suspended as the Boston Celtics ’ head coach in September.

The actor said she was “disappointed” about the lack of support from the Celtics organization in an interview with The Hollywood Reporter published Thursday.

“If you’re in the business of protecting women — I’m sorry, no one from the Celtics organization has even called to see if I’m OK, to see if my children are OK. It’s very disappointing,” she said.

Long had explained that the team’s decision to host a press conference about Udoka’s suspension took a toll on their 11-year-old son, Kez. She took Kez out of school after news of Udoka’s scandal broke, according to the publication. Long also has a 22-year-old son, Massai, from a previous relationship.

“I think the most heartbreaking thing about all of this was seeing my son’s face when the Boston Celtics organization decided to make a very private situation public,” she said. “It was devastating, and it still is. He still has moments where it’s not easy for him.”

The Boston Celtics did not immediately return a call for comment. 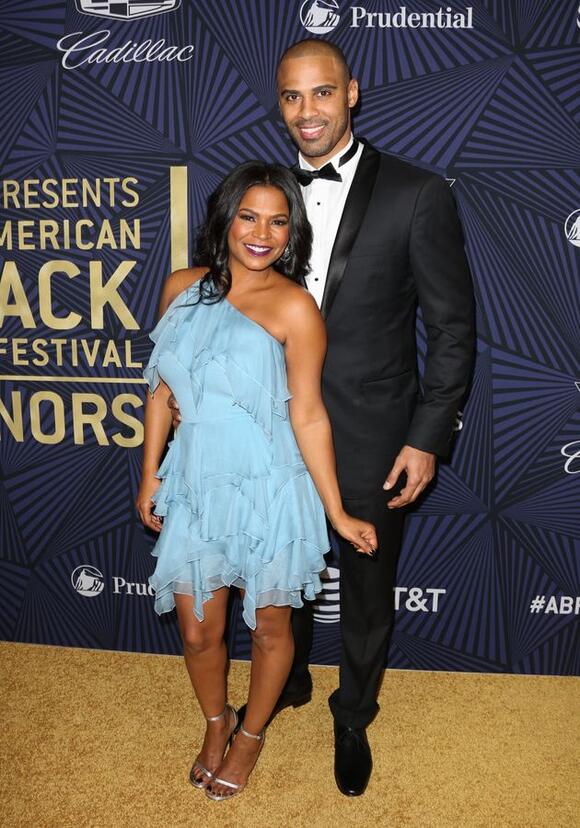 Udoka was suspended for one year for violations of team policies. Several publications, citing unnamed sources , had reported at the time that he was facing punishment for engaging in an improper relationship with a member of the organization.

The news surrounding the suspension set social media ablaze, with many Twitter users speculating about which female staff member of the Celtics might have been involved in the scandal.

During the press conference addressing Udoka’s suspension in September, Brad Stevens, the team’s general manager, delivered an emotional speech offering his support to the women in the Celtics organization.

“We have a lot of talented women in our organization, and I thought yesterday was really hard on them,” he said. “Nobody can control Twitter speculation and rampant bullshit, but I do think that we as an organization have a responsibility to make sure we’re there to support them now. A lot of people were dragged unfairly into that.”

Long — who is reprising her role as Jordan in the anticipated Peacock series based on “The Best Man” film franchise titled “The Best Man: The Final Chapters” — received a wave of online support from her dedicated fans after news of Udoka’s scandal broke.

The actor told THR that she was comforted by the support over the situation, which made her feel like “my heart had jumped out of my body.”

“And then what I found was this tribe of women and men who were standing up for me in a way that felt like I was in this bubble of protection, and that was very comforting,” she said.

Kenny Smith details just how miserable the culture of the Sacramento Kings was, having spent 3 years with them
SACRAMENTO, CA・2 DAYS AGO
HuffPost

The former basketball player later filed a restraining order against the man, who is now also suing Barnes.
2 DAYS AGO
rolling out

LeBron James is being attacked for the way he responded to the video beatdown of Memphis motorist Tyre Nichols on Jan. 7, 2023,. The 29-year-old Black male was beaten to a pulp on the streets of Memphis, Tennessee, following a traffic stop for allegedly driving recklessly, though that was never established by the responding officers.
MEMPHIS, TN・22 HOURS AGO