New trailer for 'Guardians of the Galaxy Vol. 3' out now: Watch here 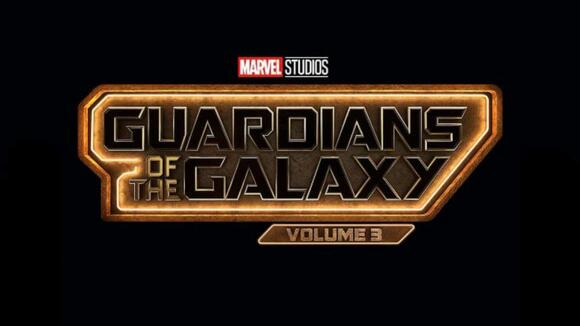 The trailer for "Guardians of the Galaxy Vol. 3" is here!

According to the film's synopsis, "Our beloved band of misfits are looking a bit different these days. Peter Quill, still reeling from the loss of Gamora, must rally his team around him to defend the universe along with protecting one of their own. A mission that, if not completed successfully, could quite possibly lead to the end of the Guardians as we know them."

After Drax characteristically doesn't play nice with a little rabbit-human girl, things take a turn for the ominous when a title card reads, "This Summer, it's time to face the music."

"Pete, I'm done running," an emotional, and seemingly injured Rocket says. "We'll all fly away together, one last time, into the forever and beautiful sky."

Along the way, we catch glimpses of the team -- including Zoe Saldaña's no-longer-missing Gamora -- carrying an injured Drax, and Quill helping a limping Gamora.

The trailer also shows Quill screaming in grief in an operating room and Rocket finally embracing another of his kind -- a furry creature that, that like him was apparently experimented upon -- and the first glimpse of Will Poulter as the "perfect man"-turned Guardians hunter Adam Warlock smashing Nebula's face.

However, the Guardians aren't going down without a fight: One image shows Star-Lord shooting back to back with Groot, who's firing guns from multiple arms he's sprouted out of his body.

"We are Groot," he says in a callback to his final words in the 2014 original.

Gunn shared the film's poster in a tweet and called the upcoming movie "the completion of the trilogy; the end of an era. The last ride."

Marvel Studios is owned by Disney, the parent company of ABC News.

Ryan Reynolds and Jake Gyllenhaal used to be besties but sources revealed the two barely speak, RadarOnline.com has learned. "It's a scratcher for their mutual friends," an insider revealed about the bizarre fallout. The pair met on the 2017 sci-fi thriller Life and immediately hit it off. "It's rare in our industry to meet someone, a contemporary and there's no competition," Ryan once gushed about his friendship with Jake. "There are just some friends you meet at a certain time in your life."But that may have been part of the problem."Ryan was something of a mentor to Jake back then,"...
FLORIDA STATE・2 DAYS AGO
GMA

More details about Chlöe's long-awaited debut album have been unveiled.
4 DAYS AGO
The Daily Sun

Lady Gaga took to Instagram to react to her best original song nomination at the 2023 Oscars.
2 DAYS AGO
GMA

Rihanna earned her first Oscar nomination on Tuesday for the song, "Lift Me Up" in "Black Panther: Wakanda Forever."
4 DAYS AGO
GMA

"The Bachelor" star Zach Shallcross revealed to "GMA" what he's looking for in a partner ahead of his season's premiere.
CALIFORNIA STATE・5 DAYS AGO
GMA

Hilary Duff, cast of 'How I Met Your Father' dish on season 2

Hilary Duff and the cast of "How I Met Your Father" talks about season 2.
5 DAYS AGO
GMA

Madonna biopic not moving forward due to Celebration global tour

Madonna's biopic is not moving forward as the singer focuses on her Celebration global tour -- get the details!
3 DAYS AGO
GMA

Oscar nominations 2023: Peter Travers on the snubs and surprises

Film critic Peter Travers shares his take on the snubs and surprises of the 2023 Oscar nominations.
4 DAYS AGO
GMA

“Wait. Why is the new Purple Wiggle so fine?!” one TikTok user commented.
3 DAYS AGO
GMA

2023 marks the 100th anniversary of Disney and to celebrate the historic milestone, Dole released recipes inspired by the collaboration between the companies.
1 DAY AGO