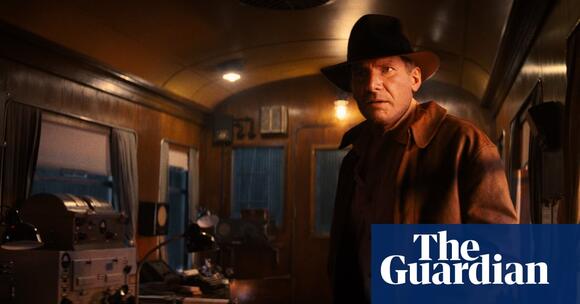 The title of the new Indiana Jones film has been revealed with the release of the trailer for the movie starring Harrison Ford as the adventurous archaeologist.

Indiana Jones and the Dial of Destiny, which will be released next June and was previous known as Indiana Jones 5, comes more than 40 years after Ford first played the title role in Raiders of the Lost Ark in 1981.

The trailer shows multiple action sequences, including 80-year-old Ford riding a horse through New York and on to the subway tracks.

The horseback chase was filmed in Glasgow where a body double for Ford was seen riding through a parade scene last year.

Other scenes in the trailer show a younger, de-aged version of the fictional archaeologist as well as high-speed car chases and multiple shootouts.

In the trailer, Jones’s friend Sallah, played by Welsh actor John Rhys-Davies reprising his role from earlier films in the franchise, said: “I miss the sea. I miss waking up every morning wondering what wonderful adventure the new day will bring to us.”

Jones responds: “Those days have come and gone.”

Other echoes of earlier films include the return of the character’s bullwhip and fedora, as well as scenes of hidden trap-doors springing open and a huge boulder rolling away.

The latest film also features a score by composer John Williams and will be released on 30 June 2023.

In the clear sky over the winter-yellowed marsh grasses on the outskirts of the town of Huliaipole, the bang and crump of artillery picked up pace like the thunderclaps of a distant but approaching storm. The Russian armed forces declared on Sunday that they had launched a new offensive in...
1 DAY AGO
The Guardian

New campaign finance filings reported by Daily Beast do not shed light on real source of $600,000 in funding
WASHINGTON STATE・3 DAYS AGO
The Guardian

The UN working group of experts on people of African descent last paid a visit to the UK in 2012. The country has transformed dramatically since then, with many reeling from the impact of austerity measures, Brexit, and the coronavirus pandemic. For Catherine Namakula, a human rights professor at the...
21 HOURS AGO
The Guardian

A hospital in Harlow has withdrawn painkilling gas and air for women because of the air quality of its maternity unit after high levels of nitrous oxide were found. The Princess Alexandra hospital in Essex is the latest to withdraw the treatment. The Health and Safety Executive is already investigating Basildon hospital amid concerns over staff exposure to high levels of nitrous oxide used in Entonox.
3 DAYS AGO
The Guardian

Claims that the boss of the Wagner Group, a key part of Russia’s military machine, was aided in a libel action must be run to ground, says shadow chief secretary to the Treasury Pat McFadden
3 DAYS AGO
The Guardian

If the German chancellor, Olaf Scholz, chose to upgrade Germany’s military assistance to Ukraine this week, it was only as a result of the extreme amount of pressure that had been building up in recent days. Russia’s full-scale invasion of Ukraine has thrust upon Germany the necessity of some...
GEORGIA STATE・1 DAY AGO
The Guardian

A combination of healthy lifestyle choices such as eating well, regularly exercising, playing cards and socialising at least twice a week may help slow the rate of memory decline and reduce the risk of dementia, a decade-long study suggests. Memory is a fundamental function of daily life that continuously declines...
2 DAYS AGO
The Guardian

The family of a severely mentally ill woman who lay dead and undiscovered in her flat for more than three years said they were unable to have any contact with her because of privacy laws. Laura Winham, 38, had schizophrenia, struggled to look after herself and had become estranged from...
15 HOURS AGO