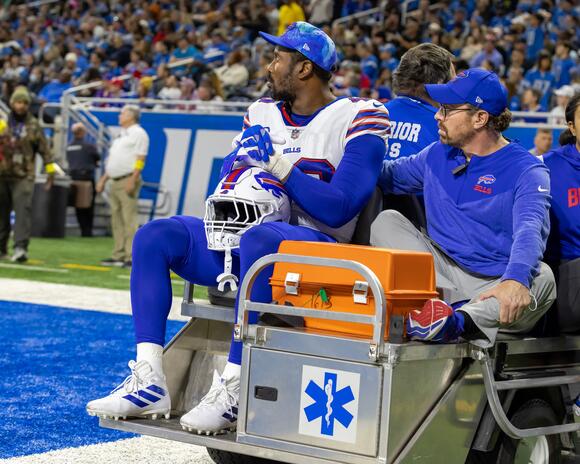 Foxborough, Mass. (WGR 550) - The Buffalo Bills are placing star pass rusher Von Miller on Injured Reserve, which means he will miss, at least, the next four games.

Bills general manager Brandon Beane said Thursday the hope is that Miller can still return at some point this season.

“We’ve been assessing Von this week and seeing how he is, and we don’t want to rush him back," Beane said via a pool report. "This gives us a chance to go ahead and count tonight’s game and three more on Injured Reserve, and hopefully we can get him back for the stretch run.”

Beane said the decision was not a result of any change in Miller's diagnosis or the team's medical staff's view of his injury over the course of this week.

"He’s been doing treatment and trying to rehab it," he said. "We don’t want to rush him back, and he’s a competitor. That’s why we love him. That’s why he’s so great. The competitor in him – if he could wheel it out there tonight, he would do it. We just think, in talking to the medical people, that the best decision right now is to give this time, and that gives him the best opportunity to help us down the stretch.”

Miller will miss, at the very least, Thursday night's matchup with the New England Patriots, then a pair of home games against the New York Jets and Miami Dolphins, and then a road matchup with the Chicago Bears on Christmas Eve.

By placing him on Injured Reserve now, the Bills can count their game against the Patriots as one of the four he has to miss. If they had waited, that wouldn't be the case.

"We’re hopeful that he can help us at the end of the season,” Beane said.

The earliest Miller will be able to return to the Buffalo lineup is for their "Monday Night Football" matchup with the Cincinnati Bengals on Jan. 2, 2023 at Paycor Stadium. 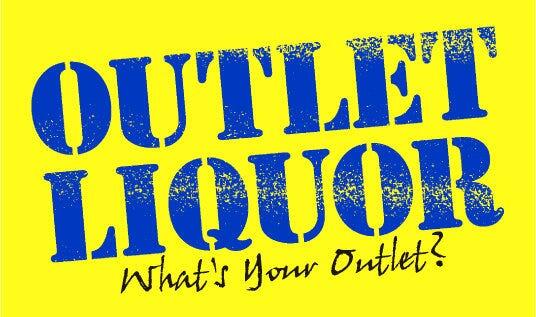 The NFL world today is fixated on Tom Brady and Aaron Rodgers.  Questions continue to follow the future Hall-of-Famers regarding their future. Is retirement on the table? What about a change of scenery? In the case of Brady, a report emerged Tuesday indicating Brady may play in 2023... just ...
TAMPA, FL・2 DAYS AGO
Larry Brown Sports

Dallas Cowboys quarterback Dak Prescott and Natalie Buffett have broken up after two years of dating, Page Six can exclusively reveal. Multiple sources confirm the longtime couple actually split around March 2022 but have kept it close to the vest. We’re also told Prescott has been casually dating. Reps for the former couple didn’t immediately return Page Six’s request for comment. The athlete, 29, and Buffett, 25, began dating sometime in 2020 based on social media photos, though it’s unclear exactly when they became official. She posted their first picture together in honor of his 27th birthday, captioning the outdoorsy shot at the...
2 DAYS AGO
WGR550

Time to latch back on to Sabres

With the Buffalo Bills’ 2022 season coming to an abrupt end this past Sunday in the AFC Divisional Round, now is the perfect time for Buffalonians and Western New Yorkers to latch back on to the Buffalo Sabres. Brayton J. Wilson has more:
BUFFALO, NY・2 DAYS AGO
WGR550

Beane: Have to look at whole season when evaluating

Although it was his team’s worst performance and loss of the 2022 season, Buffalo Bills general manager Brandon Beane said it’s important not to overreact to one game, while still keeping in mind they did not reach their goal. Sal Capaccio has more:
ORCHARD PARK, NY・2 DAYS AGO
WGR550

The Buffalo Sabres’ impressive road trip rolled on Thursday night, as the blue and gold defeated the Winnipeg Jets by a final score of 3-2 at Canadian Life Centre. Kyle Powell has a complete game recap:
BUFFALO, NY・13 HOURS AGO
WGR550

The Buffalo Sabres are putting their four-game winning streak on the line in Winnipeg, Manitoba against the Jets inside Canadian Life Centre.
BUFFALO, NY・15 HOURS AGO
WGR550

The Sabres took over in Winnipeg

On Saturday, the Sabres will finish 13 games in 22 days in Minnesota. With these five wins, Buffalo is 7-4-1 in that stretch. Buffalo is two points behind the Pittsburgh Penguins in the wild card race.
BUFFALO, NY・11 HOURS AGO
WGR550

The Buffalo Sabres got a very gutsy effort to earn their first win over the Blues in St. Louis since Dec. 27, 2009. Facing back-to-back road games on Tuesday, the tea, dug in and held off a Blues rally, 5-3. Paul Hamilton has more postgame thoughts:
BUFFALO, NY・2 DAYS AGO
WGR550

Granato wants others to fear the Sabres

Buffalo Sabres head coach Don Granato joins the “Howard and Jeremy Show” as the Sabres look to continue their winning streak to five games as they take on the Winnipeg Jets.
BUFFALO, NY・23 HOURS AGO
WGR550

The Sabres try to build on a four-game winning streak.

Comrie’s only game since coming back from a month-long injury was Jan. 10 in a 4-3 loss to the Seattle Kraken. Comrie made 18 saves on 22 shots.
BUFFALO, NY・22 HOURS AGO