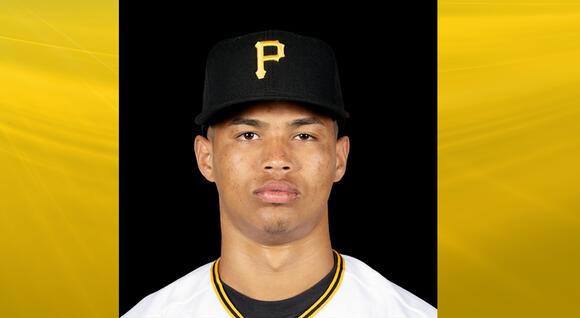 Baseball America has released their top 10 Pirates prospects heading into the 2023 and there are some changes on the list from last season.

Catcher Endy Rodriguez (ETA 2024) is first on the list jumping up from sixth. He began the season at High-A Greensboro, was promoted to Double-A Altoona and played six games in Triple-A Indianapolis.

Rodriguez had a batting average of .323 during the year across all three teams.

Pirates first round draft pick 18-year-old Termarr Johnson (2025) out of Georgia, who was first on the last list, is second.

Johnson was taken fourth overall in the draft and is committed to Arizona State.

“He has a track record of pummeling pitchers on the showcase circuit and some evaluators give his bat top-of-the-scale 80 grades,” said MLB.com. “One scout gave him a double Hall of Famer comparison by calling him a combination of Wade Boggs' plate discipline and Vladimir Guerrero Sr.'s bat-to-ball skills.”

Third on the Baseball America’s Pirates list is catcher Henry Davis (2024) , the first overall draft pick of the 2021 draft.

Davis spent most of his 2022 season with Double-A Altoona, he batted .207 in 31 games and 116 plate appearances with four home runs.

Pitcher Luis Ortiz , (2023) who made his debut this past September with the Pirates, is fourth.

Pitcher Quinn Priester (2023) rounds out the top five. The Pirates first round pick in 2019 started the year in Altoona, spending the beginning of the season on the injured list and an oblique issue.

The Arizona Cardinals have been looking to fill their vacant head coach role, and there are loud rumblings of a key reason why it is taking so long to fill. The name that everyone brings up when discussing the issues with the team filling the coaching spot is quarterback Kyler Murray.
17 HOURS AGO
OnlyHomers

Just days before the 2023 Super Bowl, one of the star players that is set to take the field for the game has been arrested on absolutely shocking charges. Offensive Lineman Josh Sills, who is in his rookie season for the Philadelphia Eagles, will be in court on February 16 in relation to claims that are so shocking and vile that we recommend you read for yourself here.
PHILADELPHIA, PA・2 DAYS AGO
93.7 The Fan

Robert Morris working on winning mindset to get back on top

He loves the effort they are giving this year, but Robert Morris Head Coach Andy Toole discusses the mindset needed to be a consistent winner again
MOON, PA・21 HOURS AGO
93.7 The Fan

Pitt survives against North Carolina, sweeps them for season

The Pitt Panthers took down the North Carolina Tarheels 65-64 Wednesday night to complete a season sweep against the team. North Carolina came out hot with the three-pointers to start the game, but the Panthers
CHAPEL HILL, NC・1 DAY AGO
93.7 The Fan

Jeff Capel not happy after he says UNC trolled his brother

Pitt may have swept North Carolina this season with a 65-64 win against the Tar Heels last night, but assistant coach Jason Capel wasn’t happy.
CHAPEL HILL, NC・1 DAY AGO