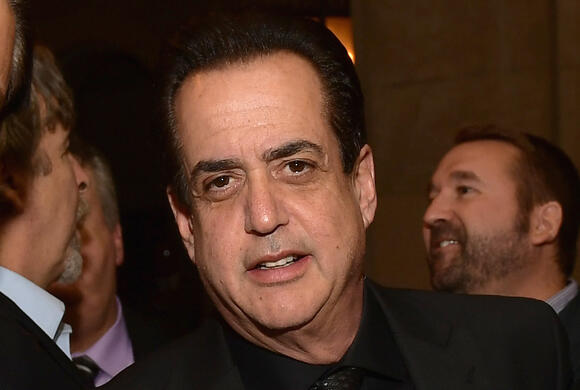 Deadline has confirmed that the NYPD has identified a body found dumped outside a Bronx sheet-metal manufacturing factory Monday as Frank Vallelonga Jr ., a sometime actor most notable for his role in 2018’s Green Book . He was 60.

According to the NYPD, police responded to a 911 call of an unconscious male in front 1243 Oak Point Avenue in the Bronx, early Monday morning. “Upon arrival, police observed an unidentified adult male, unconscious and unresponsive, on the ground at the location.” police said. “The male had no obvious signs of trauma observed. EMS responded to the location and pronounced the male deceased at the scene. The Medical Examiner will determine the cause of death. The investigation is ongoing.”

Steven Smith, 35, of the Bronx, has been arrested and charged with concealment of a human corpse in relation to Vallelonga’s death.

Vallelonga Jr. also had a small role in a 2004 episode of The Sopranos , among other bit parts.

The author of this piece is a jerk. Saying that Vallelonga Jr. was a "sometime actor" with "2 bit" parts. He ran with the modern wise guys and was the son of Tony Lip. Learn to have a little respect for the actors that came before you. Just because you were in diapers when Vallelonga was already in the streets doesn't mean he's inconsequential. It just means you missed it. Hit rewind, search and replay. Learn a few things.

so nobody seems to have read where it says no obvious signs of trauma. let's just pray for his family and not jump to conclusions

Is anyone going to bring up the fact that Frank is a known associate of the Gambino family? Has it occurred to anyone that this is a possible mob hit?

The BBC has been forced to apologize after an image of Viola Davis from January’s Golden Globes was shown on its news channel with a headline identifying the Oscar winner as history-maker Beyoncé. BBC News’ rolling coverage of the Grammys included a few seconds period when the image of Davis was matched with the caption “Beyoncé’s Big Night,” before the segment moved on to the next image. BBC News has in the past hour apologized via a Twitter statement and said the error “fell below the BBC’s usual standards.” “We apologise for the mistake last night when our news channels briefly showed a...
TEXAS STATE・12 HOURS AGO
Deadline

EXCLUSIVE: Yellowstone, TV’s top-rated drama, may end in spectacular fashion.  Deadline understands that Taylor Sheridan, co-creator and showrunner, Paramount Global and Paramount Network are moving to end their signature show in its current form. But they are plotting a potential franchise extension to continue the Dutton saga, a new show with Matthew McConaughey in talks to star.  It is unclear which of the Yellowstone cast will move over to the McConaughey-led series, but it is expected to include several of the big stars.   “We have no news to report. Kevin Costner is a big part of Yellowstone and we hope that’s the case for...
TEXAS STATE・5 HOURS AGO
Deadline

Viola Davis has joined the coveted circle of those who have won an Emmy, Oscar, Tony and Grammy, picking up the “G” in the “EGOT” title today as part of the pre-telecast for the 65th annual Grammy Awards. Davis earned the Grammy for her audiobook memoir, Finding Me. “It has just been such a journey,” Davis said while accepting the award. “I just EGOT!” Only 18 people have achieved the status, and Davis is the fourth Black person alongside Whoopi Goldberg, John Legend, and Jennifer Hudson to win all four.  Davis already has an Oscar, two Tony’s and an Emmy. “I wrote this...
TEXAS STATE・1 DAY AGO
Deadline

Kim Petras marked her win for Best Pop Duo/Group Performance with Sam Smith by reminding folks how she trailblazed her way to the Grammy stage. “Sam graciously wanted me to accept this award because I’m the first transgender woman to win this award,” she announced from stage to huge applause. Related Story Grammy Awards Winners List – Updating Live Related Story Trevor Noah Opens Grammys With A Dig At Los Angeles; Introduces The Rock To Big Fan Adele Related Story Viola Davis Now An 'EGOT' After Grammy Win Smith then encouraged folks to keep standing up for his partner on “Unholy.” This is Smith’s first Grammy win...
23 HOURS AGO
Deadline

Matthew McConaughy has been tapped to voice the iconic King of Rock ‘n’Roll, Elvis Presley, in Agent Elvis (fka Elvis King) an adult animated series about the King himself. McConaughey also will executive produce the series, which hails from Priscilla Presley and John Eddie, Sony Pictures Animation, Authentic Brands Group and Titmouse. McConaughy’s Elvis is a global superstar by day, ass-kicking vigilante by night who eventually joins the secret agency “TCB” as Agent Elvis.  Co-created by Priscilla Presley and John Eddie, in Agent Elvis, Elvis Presley trades in his jumpsuit for a jet pack when he is covertly inducted into...
TEXAS STATE・10 HOURS AGO
Deadline

Ashton Kutcher is now an entrepreneur, producer and actor but got his start as a model. The That 70s Show alum recalled his male modeling days posing for the Abercrombie & Fitch catalog and said Triangle of Sadness is an “accurate depiction” of what the industry is like. “If you actually want to see an extraordinarily accurate depiction of what it’s like to be a male model, watch the first 10 minutes of Triangle of Sadness,” he said during an interview with Esquire. Kutcher continued, “I remember living that scene. The depiction is so accurate, it’s terrifying.” Related Story Ruben Östlund On The Inspirations...
TEXAS STATE・2 DAYS AGO
Deadline

EXCLUSIVE: Writer, director and producer Ariel Vromen has signed with APA for representation. Vromen most recently directed and produced the forthcoming L.A. riots drama April 29, 1992, starring Tyrese Gibson, Scott Eastwood and the late Ray Liotta. Deadline understands that the film, marking one of Liotta’s final projects, has recently been picked up for worldwide distribution by a major studio. No further details yet, but expect them shortly. Vromen is best known for writing, directing and producing the crime drama The Iceman, starring Michael Shannon as the contract killer Richard Kuklinski. The film, which world premiered at the 2012 Venice Film...
TEXAS STATE・4 HOURS AGO
Deadline

Elon Musk continues to look for ways to make Twitter profitable and make back his investment. The new strategy takes aim at businesses and their brands on the social media platform. Well-known brands received a golden checkmark to distinguish them from the blue checkmarks, which now means they are subscribers of Twitter Blue. The gold checkmark meant that Twitter “verified” the business as legitimate. However, with the change, if brands want to keep their golden checkmark they will have to pay $1,000 a month, according to a report from The Information. Social media expert Matt Navarra shared a screenshot of an alleged e-mail...
TEXAS STATE・1 DAY AGO
Deadline

EXCLUSIVE: Matt Reeves’ 6th & Idaho is teaming with ZQ Entertainment to produce God’s Country — a new genre film starring Scream VI’s Melissa Barrera, which will mark the American directorial debut of Egor Abramenko (Sputnik). The film going into production this summer will have Barrera playing a young Salvadoran woman who travels to Kentucky to meet her fiancé. What she uncovers is something sinister beyond comprehension, as her American dream curdles into a nightmare of biblical proportions.   Related Story ‘The Backrooms’ Horror Film Based On Viral Shorts By 17-Year-Old Kane Parsons In Works At A24, Atomic Monster, Chernin & 21 Laps Related Story Lionsgate Acquiring...
KENTUCKY STATE・1 HOUR AGO
Deadline

The Bear’s Ayo Edebiri will be joining ABC’s Abbott Elementary in a guest-starring role. Edebiri will play Ayesha Teagues, Janine’s (Quinta Brunson) sister on the hit Emmy-winning comedy series. Janine has spoken frequently of her sister throughout the series and the difficult relationship the two have had. Edebiri’s character will be introduced Wednesday, Feb. 8 in the Valentine’s Day episode. In the episode, Janine and Ayesha connect in a Facetime call when Janine calls to wish Ayesha a happy birthday, according to EW, which first reported the casting. She will be seen in a larger storyline later this season.  Related Story ‘The...
PHILADELPHIA, PA・30 MINUTES AGO