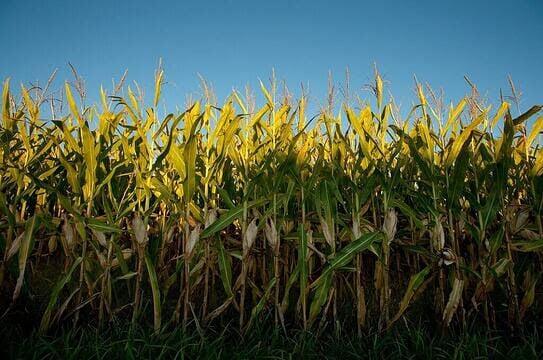 Though winter is around the corner, dry conditions in southern Minnesota haven’t let up.

According to the United States D rought Monitor , the roughly northwestern half of Rice County is in severe drought and the southeastern half is in moderate drought.

This year was one of the area’s driest in the last five, second only to the record drought of 2021. More than half the county fell under moderate drought conditions in mid-July, while a severe drought has taken hold of the region from October and beyond.

Producers in Le Sueur, Carver, Dakota, Hennepin, Ramsey, Scott and Sibley counties — may be eligible to apply for emergency loans from the USDA Farm Service Agency, due to the drought.

Growers in contiguous counties, which include Nicollet, Blue Earth, Rice and Waseca counties, among others, are also covered within the emergency loan program.

“Emergency loans, which are triggered through this drought designation can be used to meet recovery needs,” said U.S. Department of Agriculture Farm Service Agency Outreach and Public Affairs Coordinator Ellyn Oelfke. “A producer, in order to qualify for an emergency loan, would need to have lost equipment or livestock due to the drought, or if they are looking to refinance debt due to the disaster.”

Loan applications, due by May 9, are reviewed by the FSA based on the extent of losses, security and the producer’s ability to pay back the loan.

It’s the second consecutive year of dry weather sweeping the region, yet growers are still producing a fair share of quality crops in spite of the dry conditions.

“I couldn’t believe how well the crops did,” said Ben Sasse, of Sasse Farms in Le Sueur. “I mean, they looked good all summer long. They didn’t burn up like they normally would when it’s real dry, but their root systems must have been deep enough to keep them going.”

The local corn grower isn’t the only one witnessing a surprisingly hardy crop. As of Oct. 17, 62% of the statewide corn crop was rated in good or excellent condition by the Minnesota Crop Report, and just 9% of the harvest was in poor or very poor condition. By Nov. 20, 98% of the crop was harvested for grain.

Corn quality isn’t as high as it was in a more normal year like 2020, where 80% of the harvest was rated as good or excellent, but the statewide yield is far better than it was in 2021. That year, a quarter of the crop was rated poorly, due to the record-breaking drought, and just 37% was in good or excellent condition.

That trend of improvement held for other major crops this year. According to the most recent data, 64% of soybeans, 78% of sugar beets and 69% of edible beans were in good to excellent condition.

Both Sasse and the farmers he’s spoken with have been happy with their yields, considering the dry conditions. The rain was so spotty that Sasse said he was harvesting 220 bushels of corn an acre on one section of his fields, while just a quarter mile away, a drier patch of land was producing 154 bushels an acre.

One thing this year had going for it was plenty of adequate moisture at the start of the growing season. Growers will need that rain to come again to avoid an even worse drought.

“Next year could be the bad year, because there is just no soil moisture at all,” said Sasse. “I’ve never seen dust come up when you are chisel plowing ground behind you. In the evenings, you would look up in the sky and there was just hazy dust everywhere. So we’re going to need a lot of moisture.”