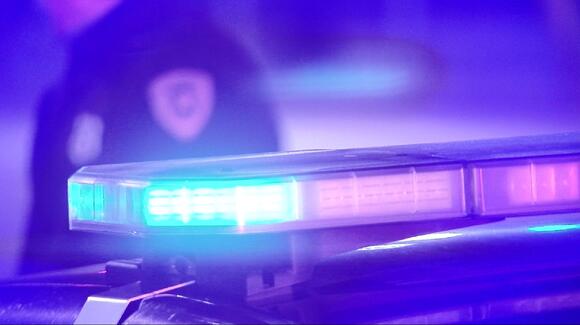 With respect to the privacy of the family, the girl’s name has not been released.

The incident took place near 2100 East and 1300 South on Wednesday, Nov. 30. Police reported to the scene around 3:30 p.m. where they found people performing live-saving measures, including CPR, on the girl.

The girl was transported by Gold Cross Ambulance and the Salt Lake City Fire Department to a local hospital in critical condition. She would later die from her injuries.

SLCPD said an investigation is currently ongoing and the driver, a 47-year-old man, has been cooperating with the police. No arrests have been made.

After a preliminary investigation, police believe the man, who was driving a Nissan pick-up, was trying to turn from 1300 South onto 2100 East when he hit the girl in the crosswalk.

This crash was the 24th traffic-related death in Salt Lake City in 2022.

A verified GoFundMe has been set up for funeral expenses for her family.

So sad!! I always tell people even though you have the right of way in the crosswalk there is always someone looking left and turning right. It’s horrible! Please make eye contact with the drivers and drivers please look into the cross walks.

Two men have been arrested today in connection with a fatal shooting at a townhouse complex in Glendale Wednesday, according to authorities.
SALT LAKE CITY, UT・1 DAY AGO
ABC4

The Salt Lake City Police Department is asking the public for help in identifying two men wanted in connection with the deadly stabbing on Thursday, Feb. 2.
SALT LAKE CITY, UT・1 DAY AGO
ABC4

One man has died following a stabbing at a Salt Lake City housing development on Thursday, Feb. 2, according to the Salt Lake City Police Department.
SALT LAKE CITY, UT・1 DAY AGO
ABC4

On Thursday morning, Feb. 2, Lisa Lyn Bangerter, 59, was arrested and faces charges of operating an alleged crack house in Hollday after she was served a search warrant. The Unified Police Department
HOLLADAY, UT・18 HOURS AGO
ABC4

A herd of elk near the I-80 and I-215 interchange was on the move again this morning. Three more elk were hit by vehicles traveling on the freeway, prompting a reminder from Utah Highway Patrol to watch out for them when traveling in that area.
SALT LAKE CITY, UT・21 HOURS AGO
ABC4

The United Police Department is searching for Rich Esser, believed to have been missing since yesterday evening.
MILLCREEK, UT・1 DAY AGO
ABC4

The Salt Lake City Police Department released body camera footage showing officers in pursuit of a fugitive on Friday, Jan. 13. He was reportedly shot during the pursuit and transported to the hospital in critical condition. Police say he died about a week later.
SALT LAKE CITY, UT・2 DAYS AGO
ABC4

A photographer who was misidentified as a "suspicious" man has led five Daybreak schools to be placed on a lockout briefly on Tuesday, Jan. 31.
SOUTH JORDAN, UT・2 DAYS AGO
ABC4

After many postponements, Buk M. Buk finally had a preliminary hearing for the alleged murder of Aaron Lowe, a local football player.
SALT LAKE CITY, UT・17 HOURS AGO
ABC4

A Taylorsville man has been arrested and charged in a federal criminal complaint for allegedly distributing fentanyl to an undercover FBI agent, according to the United States District Court of Utah.
TAYLORSVILLE, UT・23 HOURS AGO
ABC4

One person is dead in Salt Lake City after a car reportedly struck a pedestrian, who was then run over by another car on Tuesday, Jan. 31.
SALT LAKE CITY, UT・4 DAYS AGO
ABC4

Seized guns in Weber County to be sold at pawn shop

After a unanimous vote by the Weber County commissioners, guns collected from Weber county sheriff's office will now be sold off at a local pawn shop.
WEBER COUNTY, UT・1 DAY AGO
ABC4

At least one person is dead in Salt Lake City after a car reportedly struck a pedestrian on Tuesday, Jan. 31.
SALT LAKE CITY, UT・4 DAYS AGO
ABC4

Multiple elk killed after being hit near Parley’s Canyon area

Multiple elk were killed after being hit by vehicles near the I-80/I-215 interchange Wednesday morning, according to the Utah Division of Wildlife Resources (DWR).
SALT LAKE CITY, UT・2 DAYS AGO
ABC4

An American Fork man has been charged after allegedly running over his wife with their kids in the car, following an argument relating to house cleaning on Friday.
AMERICAN FORK, UT・4 DAYS AGO
ABC4

An Ogden man faces multiple counts of felony discharge of a firearm after allegedly shooting three people outside of a local bar, according to the Weber County Sheriff's Office.
OGDEN, UT・4 DAYS AGO