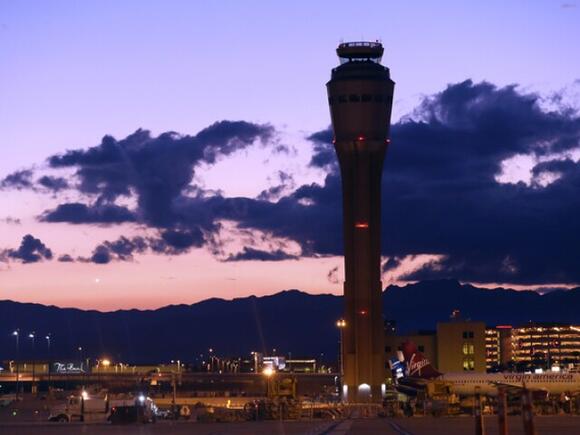 It's a new record for Las Vegas.

Harry Reid International Airport served 5.17 million passengers in the month of October — the most ever, airport officials announced on Thursday.

Clark County's director of aviation, Rosemary Vassiladis, called it "a milestone achievement" and "further evidence that Las Vegas remains amongst the most in-demand destinations in the world."

"But we know it is not just visitors coming through our airport," she added, "our locals are also choosing to travel at a high volume."

Of late, that's meant the Terminal 1 parking garage frequently reaches capacity. To accommodate the record number of people traveling through LAS, Vassiladis says airport staff will begin a months-long project to increase public parking options in and near the airport's parking garages.

"As we continue this sustained period of record-breaking growth, I want to extend my gratitude to every airport employee who has stepped up to handle this passenger volume," Vassiladis stated.

She invited those seeking career opportunities in Las Vegas to consider joining the airport's staff.

The record month for airline passengers accompanies another tourism record for the City of Las Vegas. In October, those visiting Sin City paid record amounts for hotels , according to data from the Las Vegas Convention and Visitors Authority.

Visitor numbers jumped about 7% from 2021 to 2022, to rival pre-pandemic numbers. And gaming wins surpassed $1 billion for the 20th month in a row.

On Tuesday morning, Clark County commissioners will consider the possibility of hosting the Las Vegas Grand Prix as an annual event for the next 10 years.
LAS VEGAS, NV・1 HOUR AGO
KTNV 13 Action News

A man from Wisconsin says it was his first time playing Ultimate Texas Hold'em when he won a jackpot of more than $100,000 at Harrah's Las Vegas.
LAS VEGAS, NV・17 HOURS AGO
KTNV 13 Action News

13 Action News sits down with the owner of Black Image Magazine to talk about their story as one of the only Black-owned publications in our city.
LAS VEGAS, NV・1 DAY AGO
KTNV 13 Action News

It's more than just the food — it's a celebration of culture and pride for the Latino community as the new Ojos Locos Cantina and Casino opens its doors.
NORTH LAS VEGAS, NV・2 DAYS AGO
KTNV 13 Action News

A man is in custody in California in connection with the murder of a woman in Las Vegas. The woman's body was discovered last week at a residence in the central Las Vegas Valley.
LAS VEGAS, NV・21 HOURS AGO
KTNV 13 Action News

If you’re looking to say “I do” in Las Vegas, Clark County just made it really convenient to get your marriage license.
CLARK COUNTY, NV・5 DAYS AGO
KTNV 13 Action News

Initial sightings of the balloon were reported over Billings, Montana on Thursday, when the Defense Department considered shooting it down.
NELLIS AIR FORCE BASE, NV・3 DAYS AGO
KTNV 13 Action News

How a local company is making use of used chopsticks

A 31-year-old man has been sentenced to 14 years in prison followed by five years of supervised release for his leadership role in trafficking large quantities of methamphetamine to Nevada.
LAS VEGAS, NV・5 DAYS AGO
KTNV 13 Action News

The trial date for a former Clark County official accused of killing a Las Vegas journalist has been pushed to November from it's original April date, according to court records.
LAS VEGAS, NV・5 DAYS AGO