The artificial intelligence-assisted lending platform Upstart (NASDAQ: UPST) has gone from trading at all-time highs in 2021, when shares hit nearly $400, to all-time lows, with shares trading below $18.

It has been a topsy-turvy ride for the fintech company, which believes its proprietary algorithms can underwrite loans better than more traditional methods such as Fair Isaac's FICO scoring. High inflation, followed by rapidly rising interest rates, has disrupted a key part of Upstart's business model, making formerly enthusiastic investors reverse course.

But with the company now trading much lower, are shares due for a big rebound next year? Can the stock rise back up to $45 per share, a level it traded at for nearly all of 2021? 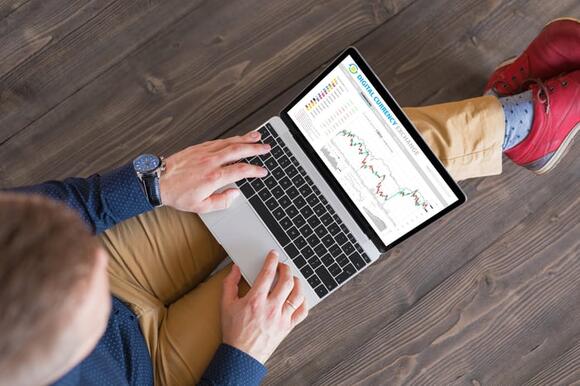 What went wrong for Upstart?

If you are not familiar with Upstart, it's not a bank but a tech platform. So while Upstart is originating lots of loans, it's not actually funding them or holding them on its balance sheet.

But this year, the Federal Reserve's decision to rapidly raise interest rates caught most by surprise. It also raised the cost of capital that investors were using to fund Upstart loans. And with many experts and economists projecting a recession in 2023 or 2024, investors have also been worrying about higher loan defaults. After all, Upstart's largest lending product right now is unsecured consumer debt, and it's doing most of this lending to near-prime borrowers, who could see higher default rates in a more stressed economic environment.

Things could get better if the Fed eases on monetary tightening and starts to slow the pace of its interest rate hikes. Currently, the majority of investors expect the Fed to only do a half-point (0.50%) rate hike at its December meeting after having implemented four consecutive 0.75-percentage point hikes this year. But a half-point hike is still not small, and there's wide debate about how long inflation will last and what the Fed's terminal rate will be.

While Upstart believes that its credit underwriting algorithms are still assessing risk better than FICO, the company's technology still hasn't been battle tested, and the benign credit conditions of 2021 are not likely to be revisited anytime soon, with personal savings way down and federal stimulus programs ended.

Can the stock reach $45 next year?

Analysts on average now are projecting that Upstart will generate a small profit of $0.12 per share in 2023 on total revenue of about $733 million. That means if Upstart rose to $45 per share, it would trade at about 5 times revenue and 375 times earnings.

Given all the volatility in the macroeconomic environment and persistent doubts about the business model, I think this would be too rich of a valuation for Upstart to get to next year. That said, if inflation continues to show signs of easing and the Fed ends its rate hikes by early next year, I do think Upstart's stock has upside in 2023.

Meta Platforms' management is putting on a masterclass in leadership, making all the right moves.
17 HOURS AGO
The Motley Fool

A Bull Market Is Coming: 2 Outperforming Stocks to Buy in 2023

These are exceptional growth stocks that could boost your returns.
17 HOURS AGO
The Motley Fool

It's Not Too Late to Buy This Powerhouse Dividend Stock

Life Storage keeps growing its portfolio and its payouts.
19 HOURS AGO
The Motley Fool

Here's What Happens if You Never Cancel a Credit Card

If you have a credit card gathering dust, here's what to expect.
2 DAYS AGO
The Motley Fool

Make money while you sleep with these high-yielding dividend stocks.
15 HOURS AGO
The Motley Fool

My situation could be much different than yours. But maybe not.
1 DAY AGO
The Motley Fool

The company produced record results last year and has more growth ahead.
1 DAY AGO
The Motley Fool

These two stocks are blue chips that outperformed in the bear market.
2 DAYS AGO
The Motley Fool

Don't buy a home before reading this.
14 HOURS AGO
The Motley Fool

Now Could Be the Time to Lock in This 7.9% Dividend Yield

3 Top Tech Stocks to Buy During a Recession

ServiceNow, Broadcom, and ASML should all weather the next big downturn.
18 HOURS AGO
The Motley Fool

Two tech stocks and one commodity name look awfully low-priced relative to their businesses quality -- and each will benefit from the rise of artificial intelligence.
PENNSYLVANIA STATE・20 HOURS AGO
The Motley Fool

A 33% plunge in the Nasdaq Composite is the perfect time to go shopping for game-changing businesses trading at a discount.
2 DAYS AGO
The Motley Fool

It's a move you might sorely regret.
22 HOURS AGO
The Motley Fool

These three stocks have all raised dividends for more than half a century.
1 DAY AGO
The Motley Fool

Last year's horrible performance may have been a one-off for this e-commerce company.
1 DAY AGO
The Motley Fool

The first step to successful investing is to know your target companies inside and out. Then you can take advantage of opportunities others might miss.
1 DAY AGO
The Motley Fool

Are You On Track to Reach the $4,555 Max Social Security Benefit?

This year, the maximum Social Security check got a significant boost.
2 DAYS AGO