Where will the Colts pick in the 2023 NFL Draft? 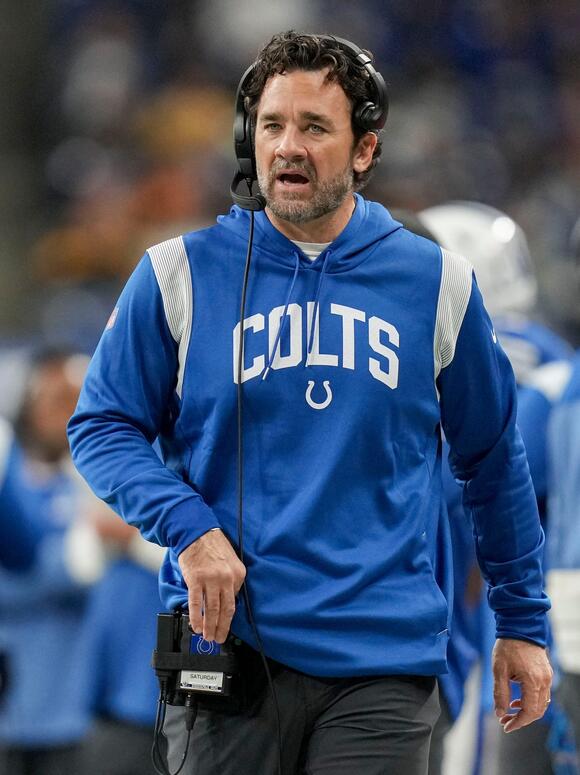 If the season ended today, the Colts would pick 14th in the 2023 NFL Draft. The season, however, doesn't end today and that is a very good thing for the Colts.

There are nine teams a game or less in front of them in the draft order, putting them in position to move up significantly.

Let's take a look at the schedules of all the teams involved. For this purpose, a team was given a win for having a record one game worse or better than an opponent in home games. This is not an attempt to handicap games. A specific team's record is less important than a general sense of how much the Colts can move up. Here are three things to know:

>> This system slots the Colts in at 5-11-1, losing to Dallas, Minnesota, the Chargers and Giants, and beating Houston. This would give them the 8th pick in the draft, an impressive jump of 6 spots. (Only Las Vegas moves up more, from 9th to 2nd.) The Colts, of course, only managed to tie Houston in the opener so losing out is not off the table. (They also beat the Chiefs.)

What could go wrong?

>> Green Bay is positioned just ahead of the Colts at 6-11. But Aaron Rodgers will almost certainly shut it down due to injuries once the Packers are eliminated from the playoffs putting 5-12 (or worse) on the table.

What could go right?

>> Pittsburgh is projected to 6-11 so that Monday night loss could easily be worth a draft slot.

>> Is Trevor Lawrence the quarterback he was supposed to be after an upset of Baltimore last week? The Jaguars are projected to 5-12 against a tough schedule (at Detroit, at Tennessee, Dallas, at Jets, at Houston, Tennessee) but one extra win moves the Colts up a spot.

>> The Rams and Denver have traded their first-round picks so have no motivation to improve their draft slot. Both are projected ahead of the Colts but could pull off a surprise down the stretch.

This article originally appeared on Indianapolis Star: Where will the Colts pick in the 2023 NFL Draft?

Patrick Mahomes is done hearing about all this "Burrowhead" talk.  During his postgame interview on Sunday night, Mahomes took a shot at Joe Burrow and the Bengals.  The Chiefs quarterback made it clear it's called Arrowhead Stadium.  “We showed this place is Arrowhead, it’s not ...
CINCINNATI, OH・5 HOURS AGO
thecomeback.com

When the Cincinnati Bengals take on the Kansas City Chiefs in the AFC title game on Sunday night, they’ll be doing it without three of their starting offensive linemen as La’el Collins, Alex Cappa and Jonah Williams will all be sidelined from the game with injuries. The three...
CINCINNATI, OH・1 DAY AGO
IndyStar | The Indianapolis Star

INDIANAPOLIS — Jonathan Taylor has undergone surgery on the troublesome right ankle that cost the Colts’ best offensive weapon six games this season and kept him from reaching the 1,000-yard mark, a source confirmed to IndyStar on Sunday morning. Taylor suffered two separate high ankle sprains of his...
INDIANAPOLIS, IN・19 HOURS AGO
OnlyHomers

There are a lot of big stories in sports, and from time to time, a player catches the attention of all of America and wins the hearts of millions of fans. Over the past two years, University of Georgia quarterback Stetson Bennett has been one such story.
DALLAS, TX・13 HOURS AGO
The Big Lead