The stock is down 44% year to date as it's gotten hit on multiple fronts. Revenue growth slowed due to difficult comparisons and macroeconomic headwinds, and profits declined as the company overexpanded during the pandemic. As a result, Amazon is now scrambling to cut costs, announcing that it would lay off 10,000 corporate employees; it's closing or canceling construction of dozens of warehouses, and pulling the plug on experiments like Amazon Care and Scout, its home delivery robot.

Those moves haven't done much for the stock as shares are still trading around 52-week lows, but things could start looking up for the company in 2023. Keep reading to see why the FAANG stock could rebound sooner than you think. 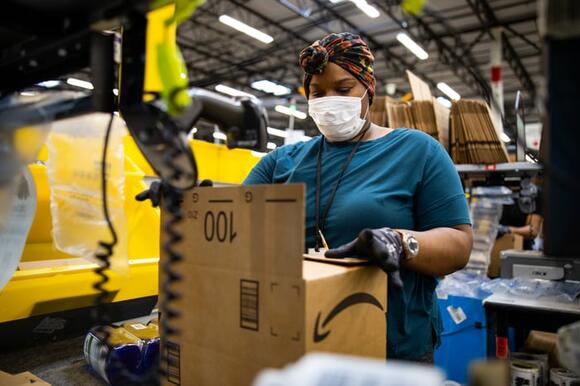 1. The cost cuts will pay off

Wall Street often cheers when businesses announce cost cuts or layoffs. Shares of Meta Platforms , for example, jumped when it made public plans for layoffs earlier in November, but Amazon didn't get the same response.

However, Amazon is making the necessary moves to right-size its business after it overinvested during the pandemic.

It's also become apparent that Amazon has a lot of fat to trim. Business Insider, for example, reported that the company is on track to lose $10 billion this year on Alexa and other devices, and the Alexa division also appears to be the primary focus for the company's layoffs.

There are other areas where cost controls would be prudent. Amazon's international e-commerce division loses money most years, and lost $5.5 billion through the first three quarters of this year. While the company's more mature international markets are profitable, exercising greater discipline might help make the segment as a whole profitable.

With the layoffs and other cost-cutting moves, Amazon seems to be striking a more conservative balance from its traditional emphasis on experimentation and willingness to fail, and that should start to pay off for investors on the bottom line next year.

While much of the attention on Amazon this year has been focused on problems like slowing growth and macroeconomic headwinds, investors seem to be forgetting that Amazon's most important profit centers continue to print cash.

Amazon Web Services, the leading cloud infrastructure service, is on track for nearly $25 billion in operating income this year, and its revenue grew 27% in the third quarter even as CFO Brian Olsavsky noted some cautiousness on spending from customers on the recent earnings call .

As more data, storage, and other needs move to the cloud and AWS, the business should continue to grow -- and it's already proven itself to be highly profitable with an operating margin of 30%.

Amazon doesn't break out margins in advertising, but Alphabet and Meta have historically generated operating margins in the 30% range so it's reasonable to expect the same from Amazon. That would translate into $12 billion in operating income from $40 billion in revenue.

3. The stock is well priced

Amazon has never been an easy company to value. Investors seem to believe that the company's profits are artificially low because it invests in new products and service like Alexa, healthcare, or Amazon Go.

However, on a price-to-sales basis, the stock is now as cheap as it's been in eight years at a P/S of less than 2. The last time the stock was this cheap on a revenue multiple, AWS wasn't even a stand-alone business segment and investors had no idea how profitable it was.

Similarly, after Amazon guided for just 2% to 8% revenue growth in the fourth quarter, investors seem to expect its growth rate to be permanently impaired, but it's likely to recover. The company will face easier comparisons next year, the macro headwinds will eventually dissipate, and the markets it competes in, like e-commerce and cloud computing, still have a lot of growth left.

Market sentiment shifted against the stock due to sluggish growth in the e-commerce sector and fears of a recession this year, but the stock should bounce back once the economic narrative improves.

Investors seem to be ignoring the company's growth and profit potential, and that's a mistake. Down 50% from its peak last year, Amazon stock has a lot of room to run once the business starts to show improvement.

Should you follow her lead?
3 DAYS AGO
The Motley Fool

Going against the grain could pay off for many years to come.
3 DAYS AGO
The Motley Fool

3 High-Yielding Dividend Stocks That Are Screaming Buys in 2023

The average yield of these stocks could pay $479 in annual income on a $10,000 investment.
1 DAY AGO
The Motley Fool

This trio of growth stocks still offers a lot of potential.
2 DAYS AGO
The Motley Fool

If management can hit its restructuring goals and a long cycle of investment in the industry plays out, then this equipment and services company is set to benefit.
1 DAY AGO
The Motley Fool

An analog store in a digital world.
2 DAYS AGO
The Motley Fool

You might end up regretting all of these.
2 DAYS AGO
The Motley Fool

This Lesser-Known Amazon Section Is Loaded With Deals

Have you gotten a chance to check it out yet?
26 MINUTES AGO
The Motley Fool

Are These the Best Energy Stocks to Buy Today?

Concern over peak oil prices is a thing of the past as there is more demand than the industry knows what to do with now.
1 DAY AGO
The Motley Fool

You can count on them for passive income and growth over time.
1 DAY AGO
The Motley Fool

Stability and resilience are two key benefits that these three stocks offer.
2 DAYS AGO
Business Insider

Ashish Kalsi wrote on LinkedIn he has a two-year-old daughter and was working at Google on an immigrant visa: "The dreaded H-1B countdown has begun."
3 DAYS AGO
The Motley Fool

Don't miss out on these impressive growth stocks on sale today.
1 DAY AGO
The Motley Fool

Shiba Inu Has Soared 44% to Start 2023, but This Single Issue Could Stop the Rally

With the economy under pressure, is one of these retail giants better than the other?
16 MINUTES AGO
The Motley Fool

2 Top Dividend Stocks You Can Buy and Hold Forever

Energy and consumer goods are about as stable as the business world gets.
1 DAY AGO
The Motley Fool

This industry-leading company has been caught up in the bear market carnage, but it's setting the stage for a massive rebound.
4 HOURS AGO
The Motley Fool

3 Warren Buffett Stocks That Could Make You Richer in 2023

These Buffett stocks are poised for a big 2023.
3 DAYS AGO
The Motley Fool

7 Unnecessary Expenses You're Wasting Money On

Are you paying for any of these?
22 HOURS AGO
The Motley Fool

It takes a cool head to prosper during a market crash.
1 DAY AGO