Buffett's portfolio can also be a source of inspiration during periods of heightened volatility and uncertainty, such as what we're experiencing now. Given his knack for finding value, Berkshire Hathaway's portfolio is often packed with rock-solid investment ideas.

As we hit the homestretch for 2022, three Warren Buffett stocks stand out as screaming end-of-year buys. 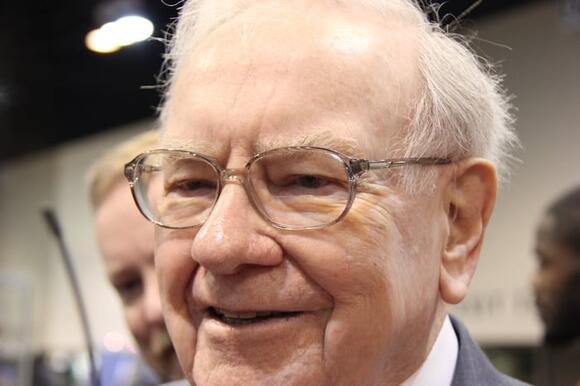 The first Buffett stock that's begging to bought as we approach the 2022 finish line is e-commerce behemoth Amazon (NASDAQ: AMZN) .

Like most of the FAANG stocks , Amazon hasn't had a banner year -- shares are down 44%. This poor performance is the result of the Fed's hawkish monetary policy and historically high inflation weighing on the company's bread-and-butter online retail marketplace. But here's the thing that a lot of folks keep overlooking: Online retail sales aren't the key to Amazon's long-term success.

On paper, Amazon's e-commerce segment drives the bulk of its revenue. However, operating margins from online retail sales are razor thin. Even if this segment is firing on all cylinders, it's never going to be a significant driver of cash flow, especially with Amazon reinvesting most of its cash flow into expanding its logistics network. What's far more important for Amazon is that all three of its higher-margin segments are firing on all cylinders -- and hint, hint... they are !

Although estimates remain fluid, given a heightened level of economic uncertainty, Amazon's three higher-margin segments have the tools, intangibles, and momentum to nearly triple the company's cash flow between 2021 and 2025.

During the 2010s, Amazon was valued between 23 and 37 times its year-end cash flow. It can be purchased by opportunistic investors right now for 8 times Wall Street's forecast cash flow by mid-decade. That's an incredible discount for an industry leader .

Paramount has shed 34% of its value in 2022 on the heels of two headwinds. First, a weakening U.S. economy -- U.S. gross domestic product retraced in the first two quarters this year -- has advertisers hitting the brakes. Around a third of Paramount's third-quarter revenue came from advertising. To add, a weaker economy could dissuade consumers from heading to the movie theater. That's a sizable portion of Paramount's revenue pie at risk if economic weakness persists well into 2023.

The other, albeit smaller, issue for Paramount was Russia's invasion of Ukraine in February. Paramount ceased providing services to Russia during the second quarter, which cost the company 3.9 million Russian streaming subscribers .

But amid these headwinds is an incredible opportunity for patient investors. To address the first concern, the advertising industry isn't dying. Though near-term spending prospects may appear bleak, periods of economic expansion last considerably longer than contractions or recessions. This bodes well for Paramount's longer-term ad revenue growth.

As for streaming, Paramount Global was able to fully absorb a 3.9 million subscriber loss from Russia and continue growing . The company's direct-to-consumer segment ended September with 67 million global subscribers and enjoyed 59% subscription revenue growth from the previous year.

Paramount Global has been hitting home runs at the box office, too. On the heels of an incredible performance from Top Gun: Maverick in theaters, adjusted operating income before depreciation and amortization (OIBDA) did a $65 million about-face, from -$24 million during the comparable quarter last year to $41 million in the third quarter this year.

Trading well below book value and at roughly 10 times Wall Street's forecast earnings for 2022, Paramount Global looks like a bargain. 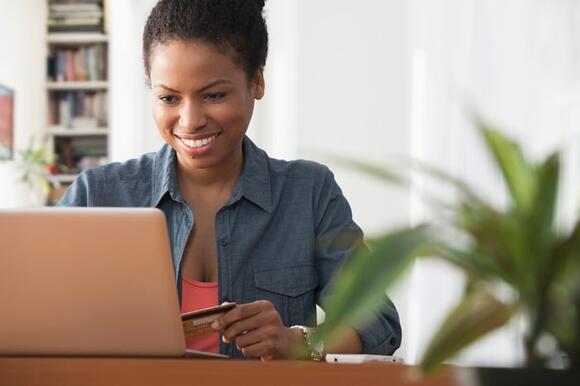 The third Warren Buffett stock that's a screaming end-of-year buy is payment processor Visa (NYSE: V) . Visa has held up phenomenally well in 2022, with a year-to-date loss through this past weekend of just 1%.

The biggest headwind for Visa is that it's a cyclical stock . If the U.S. and/or global economy enter a recession, consumers and businesses would be expected to tighten their belts and reduce their spending. Given that Visa generates revenue from merchant fees, this would lower its near-term sales and profit potential.

But as I alluded to earlier with Paramount Global when referencing the ad industry, this cycle disproportionately favors optimistic long-term investors. Since economic expansions are almost always measured in years, Visa is reaping the rewards of higher enterprise and consumer spending far more than it's navigating its way through challenging times.

Something else to note about Visa is the company's ability to gobble up market share . Following the Great Recession (2007-2009), Visa was the only one of the four major payment networks in the U.S. to significantly expand its share of credit card network purchase volume. As of 2020, it held a 31-percentage-point share advantage over its next-closest competitor.

However, Visa's opportunity isn't just limited to the No. 1 market for consumption globally. It has what I believe to be a multidecade opportunity to expand into underbanked regions of the world. Whether the company expands organically or via acquisition won't matter. As long as most global transactions are still conducted with cash, Visa can deliver sustained high-single-digit to low-double-digit growth.

Lastly, Visa's strict focus on payment processing keeps it out of trouble . Whereas some of its competitors also lend, Visa stays away from the lending side of the business. Although it's giving up interest income and fee potential with this decision, it also avoids the credit/loan delinquencies and losses that inevitably arise during economic downturns. This is the secret sauce that keeps Visa's profit margin above 50%.

Any weakness in Visa stock has historically been a no-brainer buying opportunity.

80% of Warren Buffett's Portfolio Is Invested in These 7 Stocks

Portfolio concentration has been a big key to Berkshire Hathaway's ongoing outperformance.
2 DAYS AGO
The Motley Fool

This trio of growth stocks still offers a lot of potential.
2 DAYS AGO
The Motley Fool

It takes a cool head to prosper during a market crash.
2 DAYS AGO
The Motley Fool

3 High-Yield Dividend Stocks That Are Too Cheap to Ignore

These dividend stocks have an average forward yield of 6.9%.
2 DAYS AGO
The Motley Fool

Stability and resilience are two key benefits that these three stocks offer.
2 DAYS AGO
The Motley Fool

2 Ultra-High-Yielding Energy Stocks to Buy With $1,000

These companies can energize your passive income.
17 HOURS AGO
The Motley Fool

7 Unnecessary Expenses You're Wasting Money On

Are you paying for any of these?
1 DAY AGO
The Motley Fool

These energy companies expect to pay massive dividends in the coming years.
1 DAY AGO
The Motley Fool

You can count on them for passive income and growth over time.
1 DAY AGO
The Motley Fool

Is It Time to Buy the Buffett Stock That Buffett Can't Buy?

Is a nearly 8,900% return in the cards for one of the hottest cryptocurrencies on the planet?
18 HOURS AGO
The Motley Fool

2 Top Dividend Stocks You Can Buy and Hold Forever

Energy and consumer goods are about as stable as the business world gets.
1 DAY AGO
The Motley Fool

Shiba Inu Has Soared 44% to Start 2023, but This Single Issue Could Stop the Rally

These growth stocks have more room to run.
18 HOURS AGO
The Motley Fool

One of these stocks would have to rise 86% to do it -- but I wouldn't be surprised if it did.
2 DAYS AGO
The Motley Fool

If management can hit its restructuring goals and a long cycle of investment in the industry plays out, then this equipment and services company is set to benefit.
1 DAY AGO
The Motley Fool

Make sure that money goes to work for you.
2 DAYS AGO
The Motley Fool

The factors driving these stocks higher now will drive even bigger gains for investors down the road.
14 HOURS AGO
The Motley Fool

Social Security Has an Immigration Problem -- and It's Getting Worse

Social Security has a huge immigration dilemma -- but it may not be what you think.
1 DAY AGO
The Motley Fool

Cloudflare and Fiverr are category-leading companies that could deliver incredible rebound returns.
2 DAYS AGO