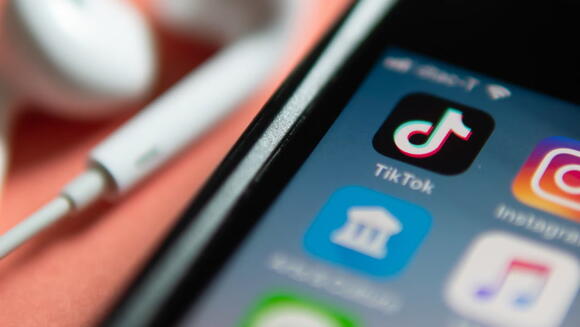 The fatal “ blackout challenge ” on TikTok has reportedly been linked to the deaths of at least 20 children in the past 18 months.

The popular challenge on the social media platform encourages people to choke themselves with household items until they become unconscious and film the adrenaline rush once they regain consciousness.

At least 15 of those children, who died while filming the challenge, were aged 12 or younger, according to data compiled by Bloomberg Businessweek . Five of the victims were aged 13 or 14.

The blackout challenge is a modern incarnation of choking dares that have been around for years, but have been made accessible to children through social media platforms. The “choking game” killed 82 minors when it first appeared in 2008 , according to data from the US Centers for Disease Control and Prevention.

TikTok and its parent company ByteDance have been sued by parents who claimed their children died as a result of the fatal challenge.

In February 2021, a nine-year-old girl in Milwaukee, Wisconsin, choked to death after wrapping a household item around her neck while allegedly trying to perform the blackout challenge, the report said.

Antonella Sicomero, a 10-year-old girl in Palermo, Italy, was found hanging. Her parents said she died while playing an “extreme game on TikTok”.

Following her death, the Palermo prosecutor’s office opened an investigation and Italy’s privacy watchdog ordered the video platform to remove users in the country whose age it couldn’t verify being over 13.

When a group from trust and safety reviewed every video clip the girl had watched, it found that she, like many children of her age, claimed she was older than 13 when she created a TikTok account.

In a relief for TikTok, the team found no evidence that the app’s algorithm had recommended the challenge to Antonella.

After Antonella’s death in 2021, TikTok agreed to reverify the ages of the country’s 12.5 million users and ended up deleting half a million accounts.

However, the deaths continued.

In December 2021, Nylah Anderson, 10, died after constraining her breathing at home in a Philadelphia suburb. Her mother found cellphone videos of the girl and her cousin playing an asphyxiation game.

When reported to the police, an officer wrote in an incident report that the cousin said: “It was a strangulation challenge they saw on TikTok and YouTube.”

Bloomberg reported that the lawsuit filed against the video platform by Nylah’s mother cited a forensic analysis of the girl’s phone. It claimed it encouraged her to take specific actions that would have resulted in strangulation.

“The company unquestionably knew that the deadly blackout challenge was spreading through their app and that their algorithm was specifically feeding the blackout challenge to children, including those who had died,” the complaint read.

However, lawsuits attempting to blame TikTok and ByteDance failed in the US as courts deemed the company had immunity under the Communications Decency Act, which secures tech platforms from being held liable for the content published on their sites.

Whenever you go out to eat, you may want to start taking a closer look at your receipt. You may find that you've been charged a little something extra to go towards restaurant employee health care costs.
CALIFORNIA STATE・2 DAYS AGO
The US Sun

WALMART is allegedly under investigation due to recent questions about their dietary supplements. These inquiries specifically have to do with magnesium products. Attorneys for Top Class Actions believe that Walmart may be mislabeling the magnesium supplements that are under the retail chain's Equate brand, according to Best Life. Magnesium is...
4 DAYS AGO
The Independent

Children came to “significant” harm due to chronically low staffing levels at scandal-hit mental health hospitals, whistleblowers have said. In a third exposé into allegations of poor care at private hospitals run by The Huntercombe Group, former employees have claimed that staffing levels were so low “every day” that patients were neglected, resulting in:Patients as young as 13 being force-fed while restrainedLeft alone to self-harm instead of being supervisedLeft to “wet themselves” because staff couldn’t supervise toilet visitsOne staff member, Rebecca Smith, said she was left in tears after having to restrain and force-feed a patient. Their accounts come as...
2 DAYS AGO
Upworthy

Man fired for wanting a raise deletes thousands of hours of work, leaving boss in a fix

Workplaces can get toxic and unhealthy for employees pretty quickly. And in one such instance, an employee decided to ask for a raise in his wages after being given an immense amount of work on a daily basis. To his surprise, he was fired in a few hours. What he did next was unimaginable. A person on Reddit with the username u/This_Manner_ wrote that three years ago, he was working as a videographer doing social media content for a seven-figure company. He wrote, "I was paid roughly just better than minimum wage and was cranking out (at one point) 50 videos a day. I was freelancing and was on a loose contract. I was desperate for the money."
2 DAYS AGO
Business Insider

Ashish Kalsi wrote on LinkedIn he has a two-year-old daughter and was working at Google on an immigrant visa: "The dreaded H-1B countdown has begun."
3 DAYS AGO
The Independent

A cardiothoracic anesthesiologist is facing federal charges in relation to the January 6 attack on the US Capitol after he was seen on social media footage “kneeling beside the woman shot inside,” an unsealed federal complaint states. The legal filing, made public on Tuesday, was seemingly referencing Air Force veteran Ashli Babbitt who was shot by police and died of her injuries. She was shot by a Capitol Police lieutenant attempting to stop the rioters from getting through a door on the way to the lobby of the chamber of the House of Representatives. Austin Brendlen Harris, a board-certified...
LOS ANGELES, CA・2 DAYS AGO
Wild Orchid Media

Like you would expect to find in a David Baldacci espionage thriller, emails found on Hunter’s laptop confirm both he, and Pamela McGonigal, received emails from the same girl’s lacrosse coach.
1 DAY AGO
The Independent

Voices: Yes, these police videos are awful to watch but we must not look away

The video showing George Floyd being choked to death by police in Minneapolis in 2020 lasts an excruciating nine-and-a-half minutes.The cell phone footage captured by a passer-by of Eric Garner being wrestled to the ground in Staten Island in 2014, placed in an illegal chokehold and heard to gasp  “I can’t breathe” eleven times before he loses consciousness, is of a similar length.Despite their different geographic location, and the angles at which the incidents were filmed, both pieces of footage revealed the same truth - that an unarmed Black man was being killed by the police, even as he...
2 DAYS AGO
The Independent

A woman whose face swelled after suffering topical steroid withdrawal from her eczema cream has said the condition was so painful she could barely open her eyes or move but is now ready to have her “normal life back” after a high street cream started to calm her skin “within an hour”.Morgan Caldwell, 23, who works in marketing, did not leave her house for a month, in December 2022, after she suffered swelling on her face and a red rash across her body due to withdrawal from the steroid cream she had used to cure her eczema.After struggling to find...
1 HOUR AGO
The Independent

A man given months to live after a suspected ear infection turned out to be a brain tumour hopes to travel to the USA for potentially life-saving surgery.Dave Whitford, 49, needs to raise £100,000 for the pioneering treatment in Texas, which he hopes would remove the tumour completely.He believes it is his only hope of survival after medics in the UK removed part of the mass, but were unable to take it all out because of its location in his brain.Dave, a former bus driver, said: “A lot of people have recommended this surgery because it’s totally different from what...
TEXAS STATE・1 HOUR AGO
The Independent

A British teenager whose far-right extremist videos influenced the gunman in an American mass shooting has been sentenced to 11 and a half years’ detention.Daniel Harris, 19, from Derbyshire, posted videos which were shared by Payton Gendron, who has admitted a supermarket shooting in Buffalo, New York, and linked to Anderson Lee Aldrich, the only suspect in a shooting at a gay bar in Colorado, Manchester Crown Court heard.Sentencing Harris on Friday, Judge Patrick Field KC said: “What they did was truly appalling but what they did was no more than you intended to encourage others to do when publishing...
COLORADO STATE・2 DAYS AGO
The Independent

A dog which has found a new home in the UK from Ukraine has been left so traumatised by the war that it is terrified of loud cars outside.18-month-old dog Ressi and her owner, Lana Sushko, are now appealing to the residents of Haverhill, Suffolk, to stop it.“Every night between the hours of 8 and 11pm there are quite a few cars racing along the street and backfiring which sounds like shooting”, she pleaded on Facebook.“We can’t move again and we can’t go back to my country.”Click here to sign up for our newsletters. Read More Doomsday Clock: Scientists move hand 10 seconds forward as world ‘closest to global catastrophe’ than everLondon landmarks lit up to mark Holocaust Memorial DayBoy George tribute act performs after getting £20k look-alike surgery
1 DAY AGO
The Independent

A woman in Florida has been arrested and charged with defrauding an elderly Holocaust survivor, allegedly stealing more than $2.8m from the man.The Department of Justice announced the arrest of Peaches Stergo, 36, for allegedly stealing millions from the 87-year-old man over the course of four years.Ms Stergo was taken into custody on Wednesday, and has been charged with one count of wire fraud, which carries a maximum sentence of 20 years.US Attorney Damian Williams said in a statement this week that Ms Stergo "maliciously" emptied out the Holocaust survivors’ savings account in order to "become a millionaire through fraud."Ms...
FLORIDA STATE・2 DAYS AGO
The Independent

Elon Musk oversaw a campaign of suppression that targeted his critics upon his assumption of power at Twitter, and directly participated in at least one case according to Bloomberg.The new Twitter CEO personally directed the suspension of a left-leaning activist, Chad Loder, who became known across the platform for his work helping to identify participants in the January 6 attack, according to an internal Twitter message obtained by the news outlet.It isn’t clear what Mr Musk’s reasoning for the suspension of Loder was; the only text in the message purportedly read: "Suspension: direct request from Elon Musk."Loder was suspended...
15 HOURS AGO