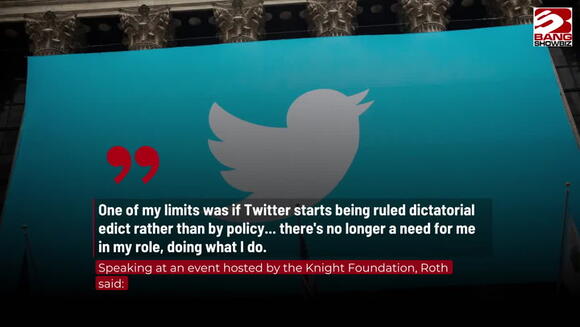 The multibillionaire tweeted on Thursday that he is confident that the Neuralink device is “ready for humans,” adding that the timing for beginning trials in people is a “function of working through the FDA approval process.”

The Tesla titan had claimed the BCI technology will help treat people with brain disorders and diseases and help disabled people move and communicate.

Mr Musk had earlier this year said the technology could eventually be used for more ambitious purposes such as allowing “human-AI symbiosis”.

“We want to be extremely careful and certain that it will work well before putting a device into a human but we’ve submitted I think most of our paperwork to the FDA and probably in about six months we should be able to upload Neuralink in a human,” he said on Wednesday at a much-awaited “show and tell” event originally planned for October.

The company has been conducting numerous controversial tests on animals even as it seeks US regulatory approvals for starting clinical trials in humans.

Neuralink defended its use of monkeys in research claiming it was “absolutely committed to working with animals in the most humane and ethical way possible”.

PCRM claimed Neuralink killed at least 15 monkeys implanted with a brain chip during trials, but it admitted to euthanising eight .

The BCI startup has also been running behind its own internal deadlines for clinical trials in humans.

Last year, human trials for BCI technology took place in Australia, where researchers at the Neurotech startup Synchron enabled a paralysed man to make the first “direct-thought” tweet after a computer chip was implanted in his brain .

“No need for keystrokes or voices, I created this tweet just by thinking it,” the tweet noted.

The company completed studies on four people in Australia in 2021 and implanted its device in a patient in the US for the first time in July, Reuters reported.

The world's first human-monkey hybrid has been successfully created in a laboratory, according to shocking research from Chinese scientists. This horrifying development occurred in 2021, after a team of researchers from the United States and Spain traveled to China in order to get around regulations that forbade this kind of research in their own nations.
1 DAY AGO
Mary Duncan

*This is a work of nonfiction based on actual events as told to me by a friend who experienced them firsthand; used with permission.*. I am the type of person who believes in science, and therefore goes to real medical doctors when I have a problem. I guess I am just one of those people who put their faith in the doctors who went to medical school in my stead to learn things to help me on my behalf.
4 DAYS AGO
Business Insider

Ashish Kalsi wrote on LinkedIn he has a two-year-old daughter and was working at Google on an immigrant visa: "The dreaded H-1B countdown has begun."
1 DAY AGO
Business Insider

A couple who moved from the US to Costa Rica and saves $1,500 a month thinks more Americans should move abroad

As the cost of living continues to rise for many Americans, some, like Zach Gerth and Anna Sosdian, are moving abroad to start new lives.
20 HOURS AGO
The Independent

A top geneticist has warned the UK Government’s plans for looser regulation around precision-bred animals and plants is a “massive experiment” that could “cause great harm” to the planet.Renowned broadcaster and fertility expert Lord Winston told Parliament he was “very concerned” that the use of this technology could have unintended consequences as the Bill passed its report stage in the House of Lords.He said: “Every single piece of technology that humans have ever produced has a downside that we don’t expect and that we don’t recognise and predict at the time.“And I would argue that this is one of...
2 DAYS AGO
The Independent

Authorities have sounded a radiation alert in parts of the Western Australia state on Saturday after a tiny radioactive capsule being transported from a mine was lost en-route to state capital Perth.Officials said the small silver capsule containing Caesium-137 was misplaced during transportation from a mine north of Newman – a small town from Kimberley region – to a storage facility in the northeast suburbs of Perth.An alert has been sounded for a “radioactive substance risk” in several areas, the department of fire and emergency services said.Newman is about 1,200km (750 miles) northeast of Perth.Exposure to Caesium-137 can increase...
2 HOURS AGO
The Independent

A British grandmother was “devastated” to fly halfway to New Zealand to meet her newborn grandchild — only to be told she had been denied entry to the country. Lois Crumpton, aged 80, was travelling to visit her son Tom and meet his youngest child, William, for the first time, when she was told she could not fly into New Zealand due to immigration concerns.She had already flown the first leg of her journey — from London to San Francisco — before she was told of the visa issue. The incident happened on 17 January, after the elderly passenger had...
23 HOURS AGO
The Independent

Researchers reveal shapeshifting humanoid robots that can turn themselves into liquid

Researchers have created humanoid, miniature robots that can shapeshift and turn into liquid.The breakthrough could allow for the creation of more robots that can shift between liquid and solid, allowing them to be used in a variety of situations.Researchers demonstrated the capability by having one of the robots turn liquid so that it could escape from a small prison that had been held in.In other demonstrations, the robots were able to jump over moats, climb walls, and split in half so that the two pieces could work together to move objects – before coalescing together again.They are also magnetic and can...
2 DAYS AGO
The Independent

The return of the Donald Trump baby blimp, the huge inflatable depicting the former US president in a nappy and clutching a mobile phone, has begun with a test inflation by the Museum of London.A conservation analysis of the blimp has led staff at the museum, its “final resting place” after it took to the skies above Parliament Square during protests over Mr Trump’s state visit to the UK in June 2019, to blow the balloon up once again.It was gifted to the museum in January 2021 and specialist manufacturers have inflated it to check if it is structurally sound,...
2 DAYS AGO
The Independent

A Japanese whaling operator, after struggling for years to promote its controversial products, has found a new way to cultivate clientele and bolster sales: whale meat vending machines.The Kujira (Whale) Store, an unmanned outlet that recently opened in the port town of Yokohama near Tokyo, houses three machines for whale sashimi, whale bacon, whale skin and whale steak, as well as canned whale meat at prices from 1,000 yen ($7.70) to 3,000 yen ($23). The outlet features white vending machines decorated with cartoon whales and is the third to launch in the Japanese capital region. It opened Tuesday after...
5 HOURS AGO